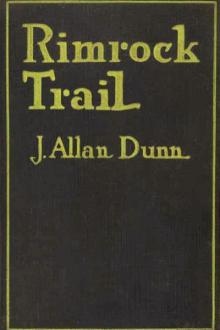 his pads out crossin' the lava beds, though what in time any hombre who ain't plumb loco is trapesin' round there for, beats me. There is some grazin' on top of the Cumbre mesa, enough for a small herd, but the other side is jest plain hell with the lights out, one big slice of desert thirty mile' wide."

"Minin' camp over that way, ain't there?"

"Was. There's a lava bed strip of six-seven miles at the end of the pass, then comes a bu'sted mesa, all box cañon an' rim-rock, shot with caves, nothin' greener than cactus an' not much of that. There's a twenty per cent. grade wagon road, or there was, for it warn't engineered none too careful, that run over to the mines. I was over there once, nigh on to ten years ago. They called the camp Hopeful then. Next year they changed the name to Dynamite. Jest natcherully blew up, did that camp. Nothin' left but a lot of tumbledown shacks an' a couple hundred shafts an' tunnels leadin' to nothin'. Reckon this P. Casey is a prospector, Sam. One of them 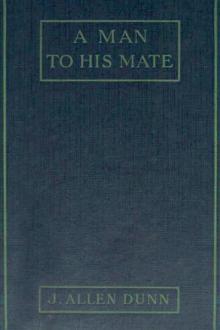 A Man to His Mate