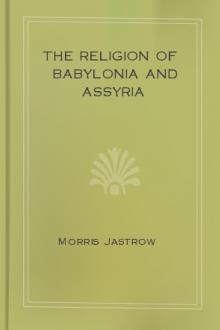 king of Assyria, was murdered while worshipping in the temple dedicated to a deity, Nisroch; or when a prophet, to intensify the picture of the degradation to which the proud king of Babylon is to be reduced, introduces Babylonian conceptions of the nether world into his discourse.[5] Little, too, is furnished by the Book of Daniel, despite the fact that Babylon is the center of action, and what little there is bearing on the religious status, such as the significance attached to dreams, and the implied contrast between the religion of Daniel and his companions, and that of Nebuchadnezzar and the Babylonians, loses some of its force by the late origin of the book. The same applies, only in a still stronger degree, to the Book of Judith, in which Nineveh is the center of the incidents described.

The rabbinical literature produced in Palestine and Babylonia is far richer in notices bearing on the religious practices of Mesopotamia, than is the Old Testament. The large settlements of Jews in Babylonia, w 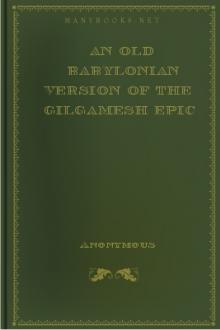 An Old Babylonian Version of the Gilgamesh Epic 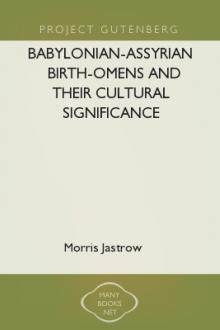 Babylonian-Assyrian Birth-Omens and Their Cultural Significance