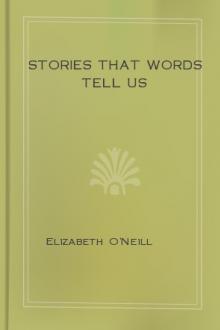 nth century that the old word nation, which before had meant a race or band of peoples, came to be used as we use it now, to mean the people of one country under one government. In the sixteenth century Englishmen became prouder than ever of belonging to the English "nation." They felt a new love for other Englishmen, and it was at this time that the expressions fellow-countrymen and mother-country were first used.

The seventeenth century was, of course, a period during which great things happened to the English state. It was the period of the great Civil War, in which the Parliament fought against the king, so that it could have the chief part in the government of the country.

All sorts of new words grew up during the Civil War. The word Royalist now first began to be used, meaning the people who were on the king's side. The Royalists called the men who fought for the Parliament Roundheads, because of their hair being cropped short, not hanging in ri