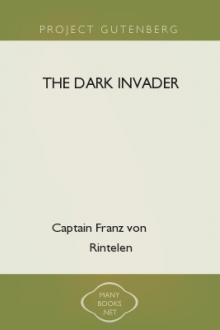 he Berlin Congress of 1878, had been neutralised, and the passage of the Straits was barred to warships of all nations, Turkey was threatened with international complications and with the protests of Germany's enemies, if she allowed the two ships to remain where they were. All these difficulties, however, had been foreseen by Admiral Souchon, who had already wirelessed a pressing request to the German Ambassador in Constantinople to prevent any such complications. The Ambassador, Herr von Wangenheim, had a brilliant idea. When the two ships reached Constantinople they were transferred immediately to Turkish ownership. The Admiral put on a Turkish fez instead of his naval cap, and fired a salute in honour of his new Sovereign. The British Ambassador in Constantinople raised a furious protest, but the ships remained Turkish. They were in the Imperial Ottoman service, which meant that, financially at any rate, they would very soon be on the rocks.

On Saturday evening, the 15th of August, some days after

WWW1 German espionage in the USA.
The story is told from the viewpoint of the German agent.
Sabotage and misdirection is his major concern.
Do all that, but keep the USA out of ;the war.