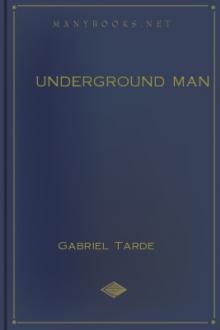 The sun dies, the world is frozen, and Miltiades comes to the rescue by suggesting a retirement into the interior of the planet, where warmth may be had from the internal fires. This suggestion is carried out, and we have new and wonderful conditions of life in galleries and tunnels--a better and less artificial life, the historian would have us believe. The whole idea is very cleverly sustained, and the author seizes his opportunities to laugh at existing social ideas, yet, at the same time, has many profound thoughts underneath his jests and irony.

the first blush, rather disappointing but critically justifiable, treatment of the actual catastrophe, to these obscure but curiously stimulating and interesting caves, and tunnels, and galleries in which the elusive real thought of M. Tarde lurks--for those who care to follow it up and seize it and understand.

It was towards the end of the twentieth century of the prehistoric era, formerly called the Christian, that took place, as is well known, the unexpected catastrophe with which the present epoch began, that fortunate disaster which compelled the overflowing flood of civilisation to disappear for the benefit of mankind. I have briefly to relate this universal cataclysm and the unhoped-for redemption so rapidly effected within a few centuries of heroic and triumphant efforts. Of course, I shall pass over in silence the particular details which are known to everybody, and shall merely confine myself to the general outlines of the story. But first of all i 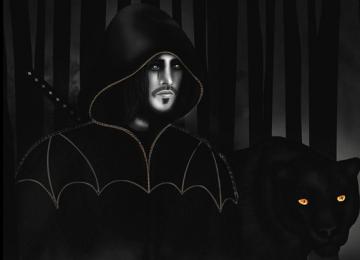