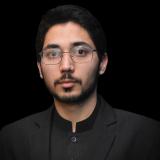 Zaman Ali
Zaman Ali (born 16 January 1993) is a Pakistani Philosopher and Politician. His book on political philosophy is very influential and defines the reality and the true nature of political process. In HUMANITY he inquires how political process could become better for coming generations. His idea of humanity is very powerful as his idea describe about the better social structure with fulfilling the needs of individuals in society.

He received early education from Govt. Central Model School Lahore and he is post graduated in Public Administration from University of Punjab as during study his interest developed in philosophy.

This books also explains the human philosophy with ideology, political process, rule, law and resources, as all these have the impact in each human life. Zaman present the way to understand the reality of human society and inquires how to achieve the good in social & political life and his philosophy also helps to comprehend the importance of humanity which in necessary for human survival.
Sign up