Books of the Month October 2021

Between the changing leaves and the excitement of Halloween, there's plenty of reasons to love October. But, of course, between all the hustle and bustle of the year drawing to a close, time must still be made to get some reading done. So to find out what books enticed our readers the most, check out the books of the Month for October 2021. 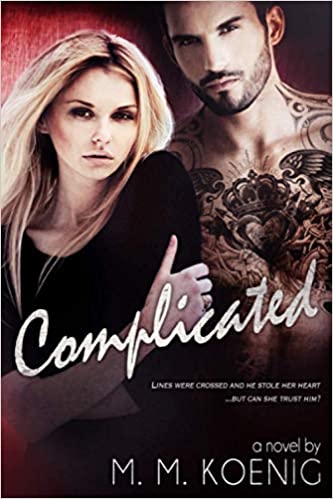 Complicated is the second novel in the Secrets and Lies series by M. M. Koenig. It continues the story of Mia Ryan, and Ethan Fitzgerald as the drama around them continues to unfold. Like the first novel, Complicated is an intense story filled with plenty of action and intrigue along with a hefty dose of romance. However, even as Ethan continues to do everything in his power to prove his trustworthiness to Mia, she is reluctant to believe in him. Complicated is filled with deep and dark secrets lurking around every corner, but as Mia uncovers the truth, nothing will ever be the same. 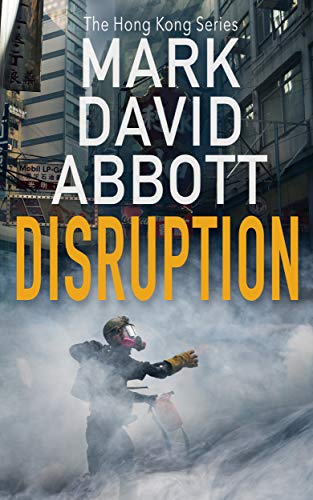 Disruption by Mark David Abbott is the first novel in The Hong Kong series about a young Australian ex-pat named Jacob Watson. After he arrived in Hong Kong, Jacob has been making a name for himself and finds himself managing an extensive property portfolio for one of the city's biggest tycoons in just two years. However, his world is turned upside down when millions of people take to the streets to protest the increasing interference from China. As the fight for democracy turns increasingly violent, Jacob has to choose between continuing to build his career and fortune or putting it all on the line to join in. 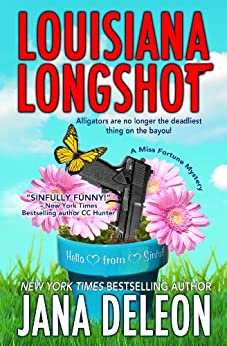 Louisiana Longshot is the first book in the Miss Fortune Mysteries series by Jana DeLeon. It sees Fortune Redding, a CIA assassin, heading to Sinful, Louisiana, in an effort to go off-grid after one of the world's largest arms dealers places a price on her head. She plans to pose as a former beauty queen turned librarian while waiting for her boss to take care of the leak back at the CIA. Unfortunately, Fortune quickly stumbles across a bayou murder mystery that sees her teaming up with a couple of seemingly sweet old ladies. The stakes are high for Fortune, though, as this investigation could blow her cover and get her killed. 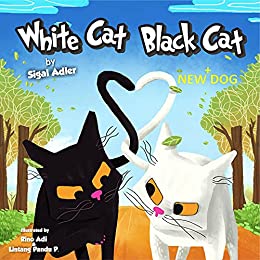 White Cat Black Cat by Sigal Adler is a children's book about tolerance and being kind. Told in rhyming verse, the book introduces children to diversity and how important it is to accept each other's differences. The tale is told from the perspective of two cats who become friends despite looking different from each other. Along with the valuable lessons, White Cat Black Cat is also filled with beautiful illustrations that flesh out the story. 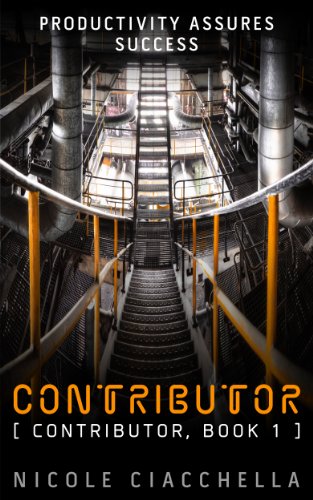 Contributor is the first novel in the series of the same name by Nicole Ciachella. Seventeen-year-old Dara Morrow lives in a world where the Creators saved humanity from the brink of an apocalypse due to the Great Famine. Ever since that day, humanity has been their loyal subject. Dara is one of only three students chosen for an elite, year-long apprenticeship program, which will allow her to prove herself a devoted Contributor. However, along with the ruthless competition, Dara also discovers the price of being a contributor when her mother is seriously injured. To save herself and everyone she loves, Dara will have to learn to manipulate the system.

The Apples of Idunn 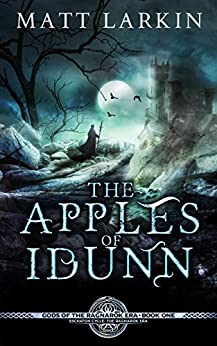 The Apples of Idunn is the first novel in the Gods of the Ragnarok Era series by Matt Larkin. It is the tale of Odin, born in the cold winters of an ice age to be a mere jarl. However, when his brother falls under a ghostly curse, Odin is given an offer to save him by a goddess. She offers to make him and his family immortal if he makes himself king and promises an unspecified favor. In desperation, Odin agrees and begins his quest to become king of all the Aesir. But, unfortunately, the Norns who foretell Fate warn Odin of a terrible burden he will bear and the coming of Ragnarok. 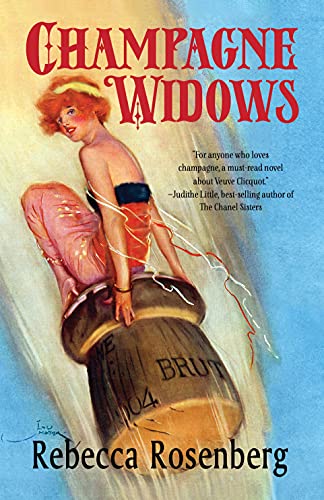 Champaign Widows is a historical fiction novel by Rebecca Rosenberg set in France in 1800. Twenty-year-old Barbe-Nicole has an uncanny sense of smell that she inherited from her great-grandfather, a renowned champagne maker. Although she wants to follow in her footsteps, the Napoleon Code prohibits women from owning a business. This prompts Barbe-Nicole to marry her childhood sweetheart, François Clicquot, despite his mental illness. However, after his tragic death, she becomes a widow who has to deal with the complexities of making champagne while grappling with a domineering partner. The stakes become even higher when she falls in love with her sales manager and has to choose between him and her winery. 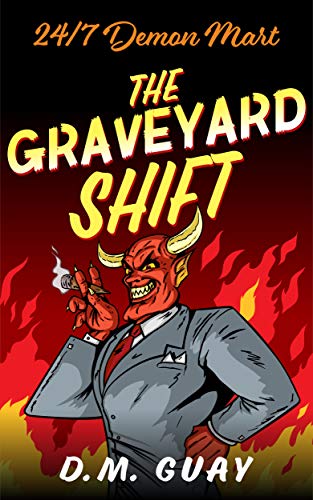 The Graveyard Shift is a horror-comedy by D. M. Guay starring a clueless loser named Lloyd Wallace. Lloyd works at a corner store, but he doesn't realize that the beer cave in the store is actually the gateway to hell. He ended up working at the store after accidentally slaying a one-eyed tentacle monster hellbent on world domination, which caught the attention of the suave but devilish owner. Now Lloyd works with a karate-chopping bombshell and a talking roach with a bad attitude who needs his help to keep the demons in line. The only question is if Lloyd can step up and become a world-saving hero or remain a couch-surfing zero. 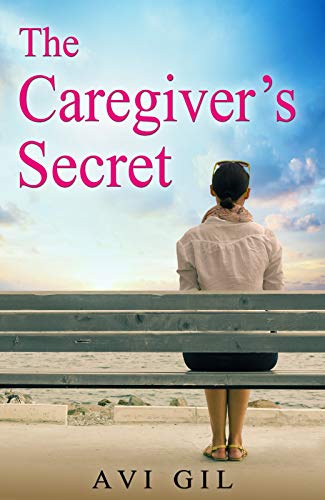 The Caregiver's Secret is a gripping and emotional page-turner by Avi Gil. It follows the story of Tanya, a woman who journeys to a new country for work in order to provide for her mother and little sister back home. Tanya finds a job as a caregiver to a very successful author who is unwell and struggling to communicate with his surroundings. While working for him and yearning for her family back home, Tanya discovers a hidden connection between the author's past and her own childhood.

Legacy of the Lost 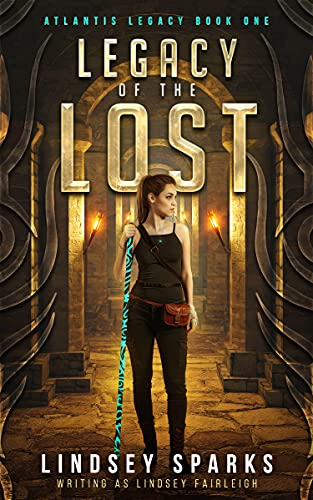 Legacy of the Lost is a treasure hunting science fiction adventure by Lindsey Sparks. As the first book in her Atlantis Legacy series, it stars the anxious and reclusive Cora Blackthorn. Cora has a condition that makes human touch crippling, which leaves her confined to a small island in Puget Sound with online gaming as her only tether to the outside world. Meanwhile, her mother goes off on tomb-raiding adventures without Cora. However, things change when Cora receives a mysterious package from her moth and discovers that her condition isn't an illness but a gift not of this world. So Cora sets out on a rescue mission armed with a powerful alien amulet and her mother's journal, but in the process, finds that a secret society is hot on her trail.

The Demon in Me 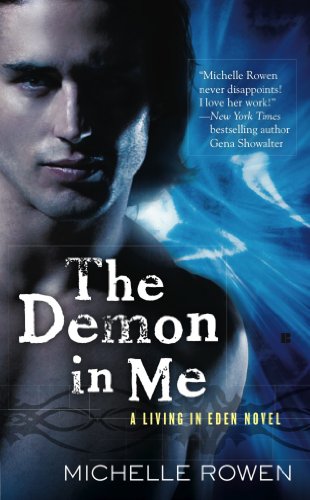 The Demon in Me is book one in the Living in Eden series by Michelle Rowen, starring a psychic consultant named Eden Riley. Her talents draw the attention of the police, who take her along on a hunt for a serial killer. Unfortunately, when the killer is gunned down in front of her, Eden is shocked to discover that he was possessed. The demon, named Darrak, chooses Eden as its new host, which complicates matters for her, especially when it comes to her love life. 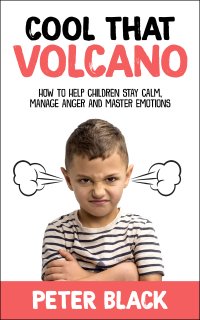 Cool That Volcano by Michelle Rowen is a book about helping children stay calm and manage their anger and emotions. The author, Peter black, is a registered psychologist with over 18 years of experience. With this book, he has drafted eight techniques to help create stress-free homes with calmer children. Cool That Volcano can help teach your child to recognize difficult feelings, achieve long-term mastery of their emotions, and much more. 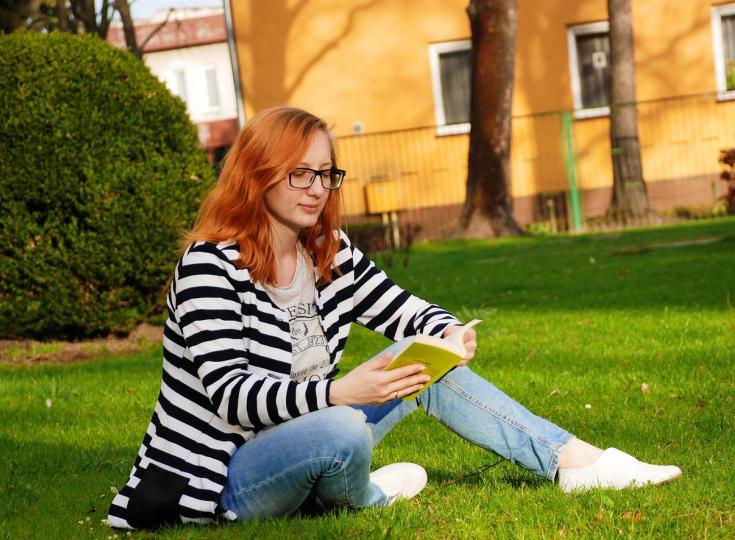 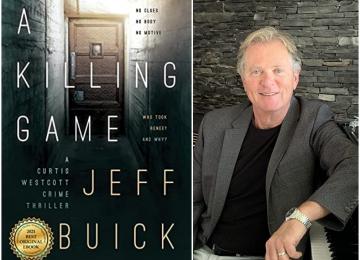 Jeff Buick - Clever, Fast-Paced Thriller Featuring a Complex Series of Crimes
FEATURED AUTHOR - Jeff Buick writes fast-moving fiction across numerous genres, including mystery, suspense, thrillers and crime. For Jeff, it’s all about the story. Nothing works without a great story relentlessly driving the action ahead. A tight plot with well-crafted characters means a psychological thriller geared for readers who love an adventure. Creating the characters who populate his books is second only to the plot line, and there’s no better place to find those characters than in the real world.… Read more