Camilla Chance - A Coming of Age Story With a Twist

Camilla Chance - A Coming of Age Story With a Twist
Posted on 5th of August, 2020 by Naomi Bolton 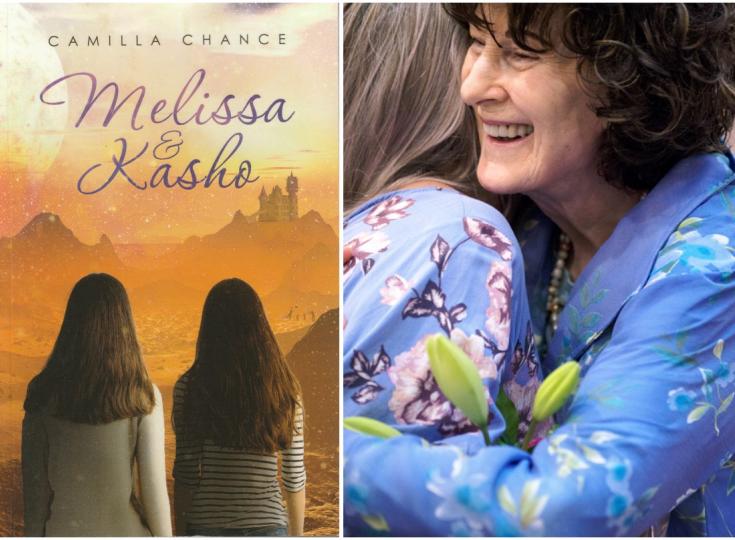 Camilla Chance was born in London in 1940 and moved to Australia as a young girl. She wrote her first novel at 18 but her father forced her to withdraw from this contract as she was still legally his "property" until she was 21. She kept writing, however. She graduated in Arts from Melbourne University. Wisdom Man, was her instant Australian bestseller and winner of USABookNews.com Award for best multicultural work. She was the first Non-Aboriginal to the Unsung Hero Award, the first for a Non-Aboriginal for her friendship and work "behind the scenes." Camilla has also been an advocate for Australia's indigenous peoples, in part because of her Baha'i faith's belief in unity. She also drew upon her extraordinary 27- year friendship with Banjo Clarke, whose life and teaching were the crux of her Wisdom Man. She's been a lyricist for an international performing group The Kuban Cossacks, a high school teacher, and an editor for Faber & Faber Publishers in London. Upon returning to Australia, she wrote book reviews for two prestigious Australian newspapers - The Age and The Australian. Melissa & Kasho is her literary Young adult novel, that explores bullying and She is currently at work on her memoir, Warrumyea: The Left-Handed Woman, a companion work to Wisdom Man. And she also is married and became a mother as well. As our Author of the Day, Camilla tells us all about her book, Melissa and Kasho.

Please give us a short introduction to what Melissa and Kasho is about.

Melissa & Kasho is a coming of age story with a twist. It’s about love across time and space.

Melissa’s journey from a shy young girl to a confident young woman escaping the bonds of her parents’ transnational high-class society does not happen without help. Their expectations have created a near-impenetrable trap where she must walk, think, and speak a certain way, and marry the man they select for her. They send her to finishing school in Florence, Italy, where they are determined all “rough edges” shall be polished off and any creativity or thoughts of rebellion be stifled, so she can take her place in their social circle.

Instead, as luck would have it, her new “roommate” in her haunted tower room is Kasho, the spirit of an Indigenous man who reaches beyond time and space to help her. She finds that his wisdom, wit, and love set her on her path to freedom. Their adventures reveal his world to her as well as introducing into Melissa the ability to find herself. Along with the support of her new American friend Daisy, Melissa gains the courage to change her fate and become the person she was meant to be.

Although this book is set in the transitional period of 1959, the book touches on suicide, bullying, sexual assault and other problems that resonate with teens and young women today. Kasho shares his values with Melissa and the resounding lesson that permeates the story is “there is always a way of making your life better.”

What inspired you to write about love across time and space?

Tell us more about Melissa. What makes her tick?

Melissa has had to stifle her creativity, mourn her brother in secret, and pretend to toe the line, so that her parents would love her. Her family is upper-class and exhibits such coldness and cruelty, she is relieved to escape from their toxic home in Australia. Nevertheless, she longs for their love and acceptance, so when she firsts comes to school in Florence her goal is to please her parents above all else. However, deep inside is a creative, loving, and vibrant young woman just longing to be free. As she blossoms in her new environment, she learns, especially with the help of Kasho, that her life and her desires are more important than any artificial barriers imposed upon her by her class and her family. She learns that to escape means her freedom. As her confidence grows, so does her creativity as well as her ability to make decisions that are for her own benefit and not her parents’.

What makes Kasho so special?

He is exactly what Melissa needs to help her blossom. He is brave, honorable, caring, compassionate, wise, and completely non-judgmental. He is the kind of person who, if he threw a netted fish back into the water, would be overcome with delight thinking of the future human’s happiness in catching it when it grew big enough to feed this future human’s family. He has universal love and teaches children in their dreams. He is Indigenous.

I have something to say and can reach more people with writing, but I could easily have chosen to specialize in painting, of which I do a lot. I have also been an editor for Faber & Faber, publishers, in London, and have helped many people as an editor. But I do not have time for editing now.

Was there a single defining moment or event where you suddenly thought, ‘Now I’m an Author,’ as in – ‘This is now my career’?

At the age of four-and-a-half, as soon as I could read and write, before I went to school, I announced “I want to write books when I grow up,” and I never stopped saying it.

Is there something that compels you to write? And do you find that writing helps you achieve a clarity about yourself or ideas you’ve been struggling with?

Yes, I am compelled to write. From the age of four-and-a-half, I was punished for writing, yet never stopped, and never stopped saying that was what I was going to do. When I was 18, Faber & Faber and Hutchinson’s were fighting over a novel I wrote, but my father forced me to withdraw it and my parents punished me so severely that I had writer’s block for years. (When I was 18, parents legally owned their female children until they were 21.) Yet I still struggled to write every day. Good writing certainly takes the writer a step further in clarity, but when one has writer’s block, no.

Your story traverses class, gender, and power dynamics. Why did you take this approach?

My way of thinking has always been universal. And I am passionate about justice.

In which way is Melissa and Kasho a coming of age story?

When Melissa is first introduced, she is shy, awkward, and eager to please. She is so uncertain of herself, that she mimics her school companion Robin, to fit in with the other girls at the school. Once she meets Kasho, however, she begins to realize her own voice and develop her own personality. As her confidence grows, she rejects the man her parents have decided upon as her husband. She stops being bound by the structure of her family’s class system and makes friends with Daisy, an American girl working in a dress shop.

Why did you pick 1959 as the backdrop to your story?

I knew a lot about that time.

Kasho. And he would take me to the mysterious place where he takes Melissa.

I tend to write all night. I also tend to write for three days and nights in a row, with the briefest possible interruptions, then have a break.

My autobiography, Warrumyea: The Left-Handed Woman. “Warrumyea” means “Left-handed woman” in the dialect of the Australian Aboriginal tribe who have adopted me.

On my 2 websites, www.wisdommanbook.com and www.camillachance.com (which incorporates background to Melissa and Kasho).