Cherié Summers - A Guy, a Girl and a Ghost

Cherié Summers - A Guy, a Girl and a Ghost
Posted on 5th of April, 2021 by Naomi Bolton 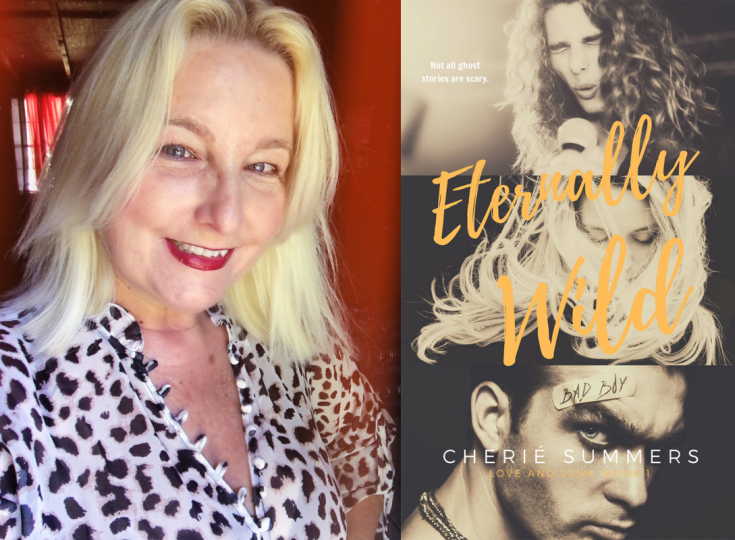 A Florida native and graduate of the University of North Florida, Cherie’ Summers has spent the last two decades teaching reading and writing. Her previous publications include a short story in Children’s Digest and newsletters for nonprofit organizations. Hearts Ignited is the fifth book in the Love on Fire series, which manifested from a dream starring her favorite rocker, Billy Idol. In her spare time, Ms. Summers is an avid photographer who specializes in portrait photography of both animals and people. Her other creative outlet is belly dance and she teaches the art of Middle Eastern dance through her local community education program. Ms. Summers is a cat mom and an all-around animal lover. She enjoys road trips and going to pop culture cons with her family. Her favorite city to travel to is Atlanta and she hopes to move there after retirement or after becoming a best-selling author....whichever comes first! As our Author of the Day, she tells us all about her book, Eternally Wild.

Please give us a short introduction to what Eternally Wild is about.

Eternally Wild is about two people, Melanie Davis and Johnnie Vega, who have been decimated by grief. They are brought together by the ghost of music superstar, Caesar Blue, who is Johnnie’s best friend. He returns to the world of the living and begins a mission to help these two learn to live and love again.

What inspired you to write about a guy, a girl, and a ghost?

In the summer of 2017, I had a dream that I met the ghost of music legend, Michael Hutchence, who was the lead singer of my favorite band, INXS. I woke up not remembering much except that I was sifting through piles of CDS in one of Wal Mart’s bins, looked up, and there he was. I thought it would be a great idea for a book. A dead rock star returning to the world. I filed it away in the back recesses of my mind. In November of that year, I caught an interview with the surviving members of INXS on Australia’s version of 60 Minutes. It was the 20th anniversary of Michael’s passing and they were relishing memories of their lost friend. I took it as a sign and immediately began writing Eternally Wild. It was the fastest book I’ve written. It just flowed out of me, never any writer’s block moments, and I honestly felt Michael’s presence as I wrote it. Those brief moments of the dream became the opening scene…sort of.

Tell us more about Melanie Davis. What makes her tick?

Melanie Davis is turning 40 at the beginning of the book. She’s lost and stuck in grief over a tragedy that turned her life upside down. Her career is everything to her because hyper-focusing on work allows her to not think about the past. Since her family is in another state, she doesn’t see them much so her life is devoid of friendship and love. That all changes when she meets Caesar. As a teenager and young woman, her favorite band was Lush. So she’s intrigued when she meets someone who looks exactly like the dead lead singer of her favorite band. She’s even more intrigued when she comes face to face with her teenage crush (and Caesar’s best friend) drummer, Johnnie Vega.

Who is Ceasar Blue and what makes him so special?

Michael Hutchence became my muse for Caesar Blue, They look alike, and Caesar’s long flowing curls are a big part of the story. I’ve added some characteristics that I know about Michael like the way he moved on stage, and how all the women who ever loved him and were loved by him, still sing his praises long after their break-ups. He’s vastly different from his best friend Johnnie who is self-destructive and self-deprecating. But the two bonded over music in high school and became the best of friends. In book 2, Johnnie refers to Caesar as, “…hippie, dippy, I-love-everyone-and-everything lead singer, named Caesar Blue.” And I do imagine Caesar as sort of this throwback to the era of Woodstock and the late 60’s. He’s kind and loving, and people are drawn to him. Johnnie is self-destructive at times but Caesar always stood by him, always took care of him, and tried to help him. Even after his death.

I don’t have “secret skills”. Most people who know me are aware that I love photography. I especially love portrait photography (I’m not one to do a lot of landscapes). Most often I take close-ups of animals, flowers, and butterflies. I wish I had more people to photograph because I enjoy that as well. My other talent is dancing and I’ve danced in some form since I was three years old. First ballet and tap, then later with baton twirling. As an adult, I started belly dancing in my thirties and it’s something I love. I teach it when I’m able to get enough people together for a class. Is buying shoes a skill? I’m very good at that, too.

I don’t think that any character was difficult to create, but I did sometimes find myself wondering if I was doing Johnnie justice. When I wrote Eternally Wild, I thought it would be a stand-alone book. But, the more I thought about it, the more I felt the need to explore Johnnie’s past. After reading Eternally Wild, some may feel I glossed over his addiction problems. Since the book is told from Melanie’s point of view, I didn’t delve into Johnnie’s psyche. The reader will know he’s tried many times to get clean, and that it’s been a struggle for him since he was young. He’s very erratic at times, and I kept thinking, “What is wrong with him?” I reminded myself that I once dated an alcoholic and he was erratic as well. Melanie never knows where she stands with him and at times, his behavior is confusing to her. Book two, Heaven Sent, came about to explore Johnnie’s addictions, and how they manifested in childhood. Although Eternally Wild ends on a happy note, it’s Heaven Sent that brings Johnnie front and center. And it’s in that book that he truly realizes his worth to Melanie, his friends, and the world. As for book three which I’m working on now, you’ll see how far he’s come, but also see he still has that bad boy edge inside him.

Does this book contain an underlying message? What do you hope your readers will take away from it?

The message is definitely that you can overcome grief and live a full life again. Love and friendship are necessities in the healing process. Both Johnnie and Melanie are trying to go it alone and they haven’t been successful. I would love for my readers to be moved by my stories. When a reader says the book made them cry and go through a roller coaster ride of emotions, I feel that I’ve done my job. It was meant to be that way, and I’m glad that I’ve created a story and characters they connect with. I love when they feel a part of that story and the character’s lives.

When I thought Eternally Wild was a stand-alone book, there was a different cover. It was a couple looking at one another with an overlay of a singer entertaining a huge crowd. It signified Caesar’s role in bring Johnnie and Melanie together. Then I wrote a sequel and thought I need book covers that are more connected. I changed Eternally Wild to reflect the three main characters, Caesar with his beautiful flowing curls singing, Melanie in a state of depression, and Johnnie, the bad boy of Lush. Hopefully, it also signals to the readers that ‘’Hey, this woman might have two men in this book.” Because she does, even though one is a ghost.

The title Eternally Wild comes from an INXS song called, Mystify. It fit because both Caesar and Johnnie are wild, each in their own way, and Eternally went with the fact it had the ghost/angel factor going on.

Last year was strange in that I didn’t feel as though I accomplished much. But in reality, I did. My first four books from my Love on Fire series were released from my publisher’s contract in late December. I spent a lot of time doing new edits to refine them. Then I created new covers and titles for them before re-releasing them in January. Book five in the series also came out in January. As for the Love and Lush series, I created my first audiobook using Eternally Wild. I taught myself how to use Adobe Audition and created a little home studio to work in. I’d actually studied radio broadcasting when I first went to college and my goal was to be an MTV VJ. (does anyone know that is anymore?) It was a lot of work but rewarding when I got the message from Audible that YES they were accepting it. I also began writing book 3 in Love and Lush as well as two other books completely unrelated to either of my series. 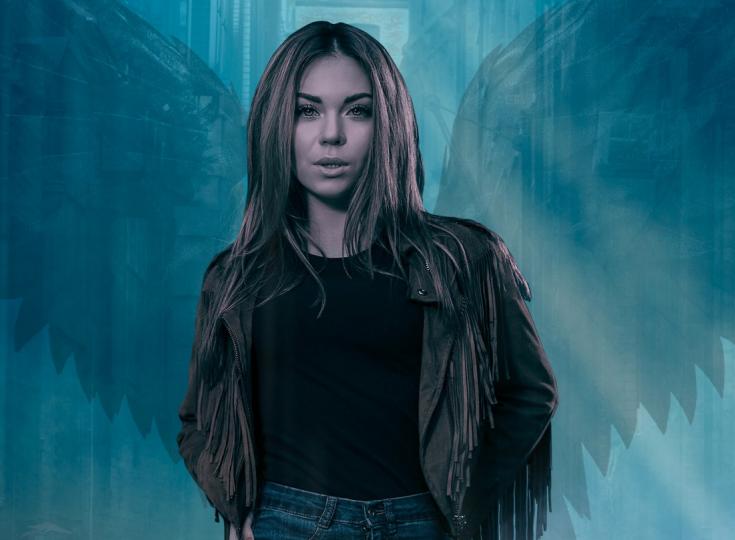 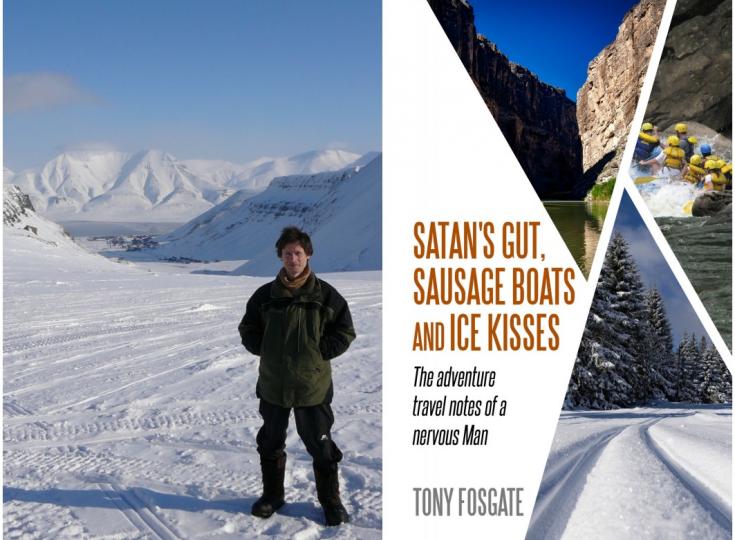 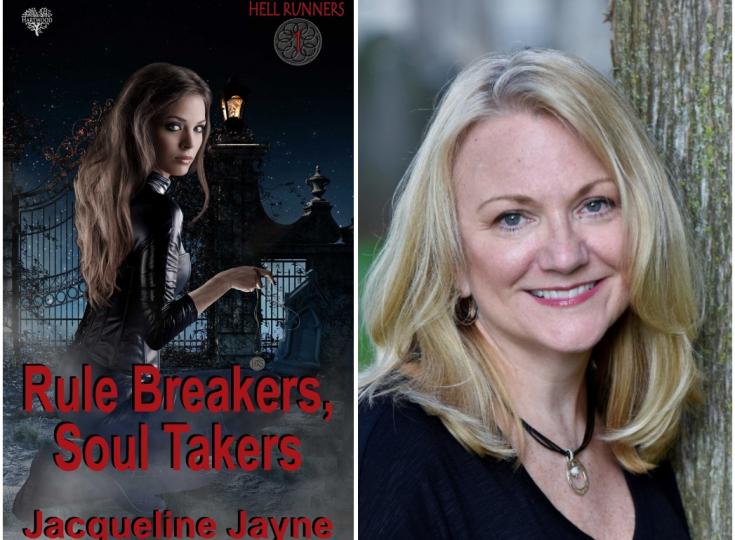 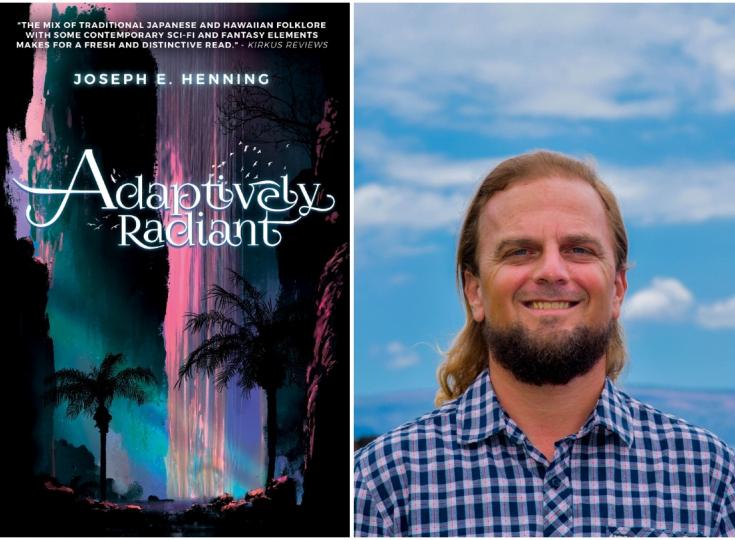