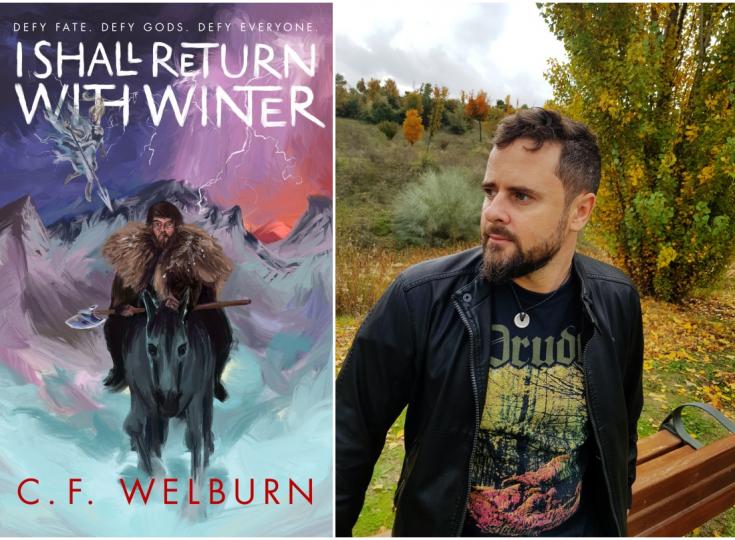 Craig Farndale Welburn is an award-winning author for his series: The Ashen Levels. Born in the year of Star Wars, in the birth town of Charles Darwin, he caught the fantasy bug as a child at the top of a faraway tree, in a hole in the ground and through a snowy wardrobe. He left Shropshire to study literature, travel the lands and seek his fortune. (He’s still seeking…) He currently lives in Madrid with his wife Jessica and son Otis. As our Author of the Day, he tells us all about his book, Confession.

Please give us a short introduction to what I Shall Return With Winter is about.

It's an epic, grimdark tale of revenge, which twists the chosen-one and farm-boy tropes on their heads. Oben may set out seeking vengeance, but what he finds is something entirely different!

What inspired you to write about someone whose farm was sacked by marauders?

I had an idea for a short, standalone revenge story... It ended up being neither short, nor a standalone. The idea just took over. I read and enjoy a lot of grimdark books, but this is the first time I've written specifically with that genre in mind. Revenge seemed like a good starting point to motivate the protagonist, but there are many other themes at play. 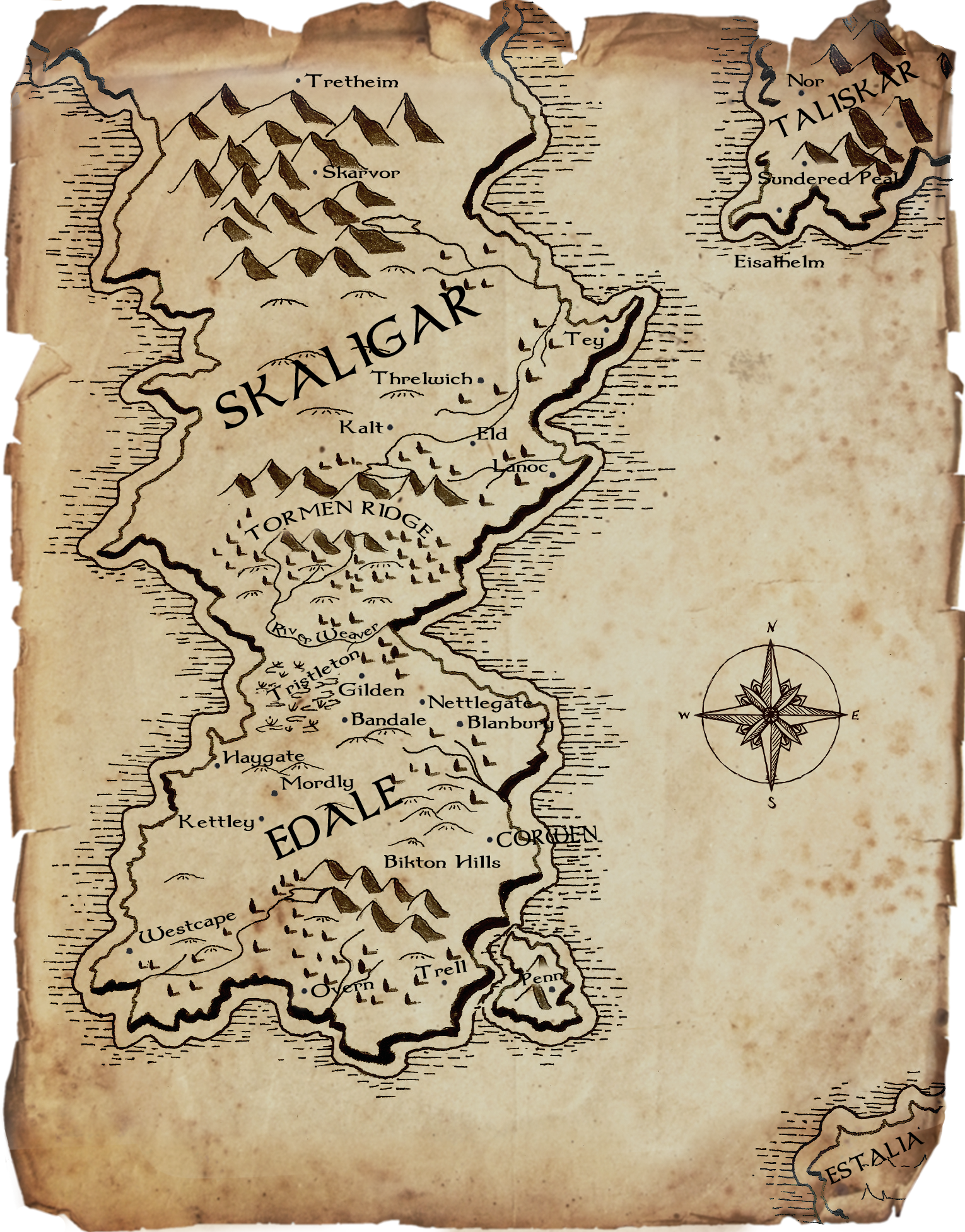 Tell us more about Oben. What makes him tick?

This changes as the story progresses. At first, he is driven by a desire for revenge, later by the desire to survive. He makes some morally grey decisions that we may or may not agree with, but under similar circumstances perhaps we would do the same!

Why did you decide to include an ancient prophecy into this story?

The idea just materialized as I was writing the first draft, and it changed the whole angle of the story. Oben does not believe the prophecy, and fights it... but maybe it is the only thing that is keeping him alive.

Why did you title this book "I shall Return With Winter?"

I was out walking listening to music and brainstorming ideas, as you do. I misheard a lyric that I thought said I shall return with the winter... I later found out it said something else! But immediately it summed up the story I was writing. It actually works on two different levels, which I can't really go into now, for spoiler reasons!

Vengeance is an important theme in this story. Why?

On the surface, vengeance is the main theme, because that is what initially drives Oben. As the story develops, however, many other themes emerge. Particularly the idea of seeing things from different perspectives and realizing that no one is truly good or evil, just human.

Interesting cover - please tell us more about how this came about?

I've worked with the same cover artist on all 8 of my books. I think his style matches my own; a little whimsical, not quite literary, but getting there. It's not the traditional style of art for epic fantasy, which was a bit of a risk, but sticking to my guns has given all my work an overarching look and feel which I think ties it all together.

After reading an old tattered copy of The Hobbit when I was about ten, there was no turning back. It's the genre I enjoy reading and writing in the most. It allows me to push my imagination and bend and twist the world with unpredictable results.

Do any of your characters ever take off on their own, refusing to do what you had planned for them?

All the time! I'm a bit of a pantser when it comes to the first draft. I take a single idea and run with it. Often the book turns out nothing like I'd originally intended. Then the second to (ad infinitum) drafts are all about tightening it up, putting the unseen layers, and worldbuilding in place. I hope people will find the plot of this book unpredictable, as honestly, I did not see where it was going when Oben initially rode out from his farm. Fun!

I enjoyed the twists the plot took, and I enjoyed getting to know characters we initially hate, growing to empathize with them as much as with the protagonist. It was interesting to put myself into their shoes and make them more relatable.

No two days are ever the same! I am definitely more productive in the mornings, however, and long walks help me sort out plot points and generate fresh ideas. 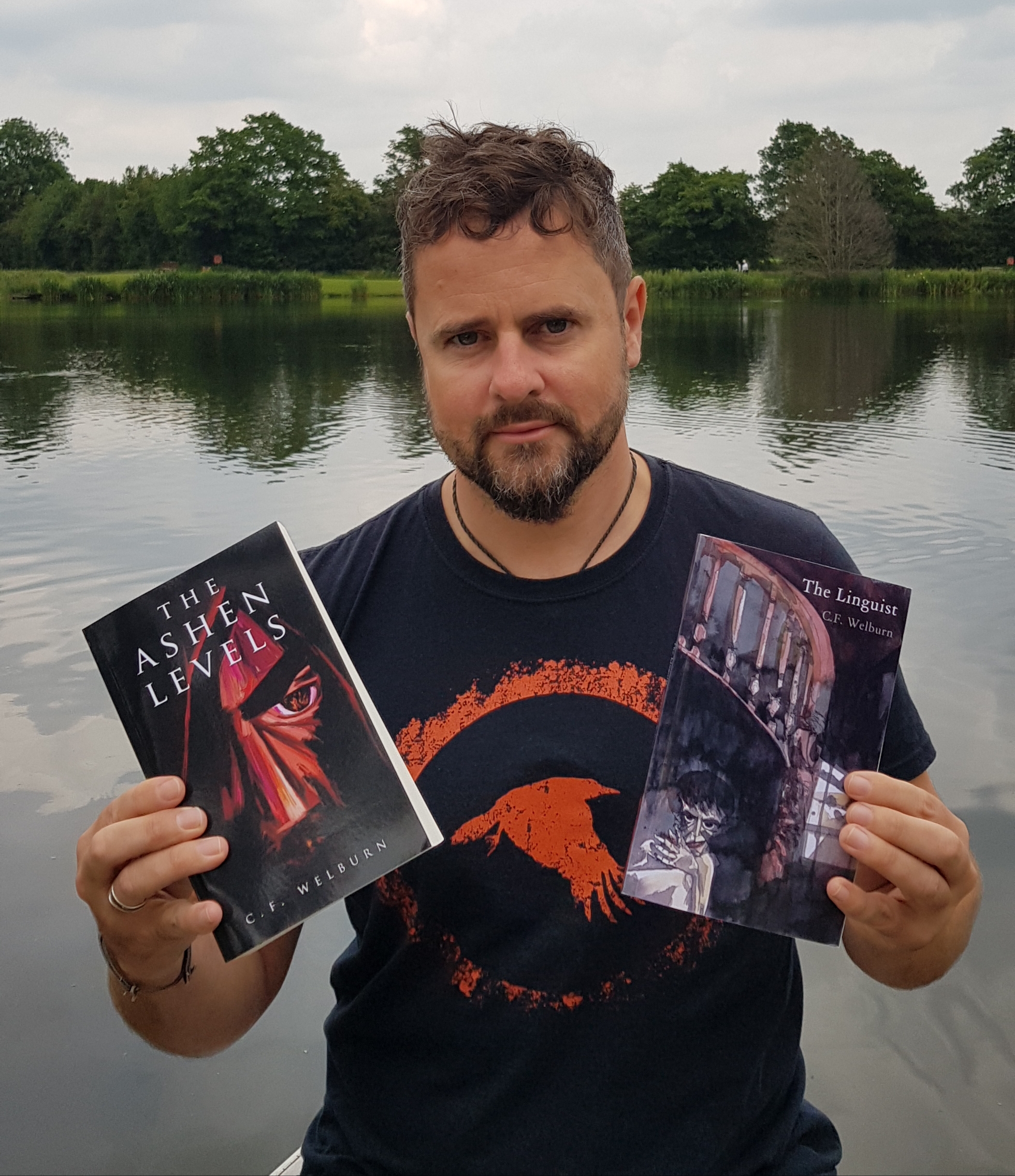 Once this launch is out of the way, I will begin working on the sequel which, all being well, will see the light of day in 2022. I'm also involved in an anthology that is due out after Christmas and writing the narrative for a videogame based on a short story from my other series, The Ashen Levels. Busy, busy!

I'm mostly active on Facebook and trying to have more of a presence on Instagram. You can also check out my website www.cfwelburn.com and sign up to my newsletter to keep abreast of my current projects.