Gregory Ness - Writing is a Hero's Journey
Posted on 15th of May, 2017 by Naomi Bolton 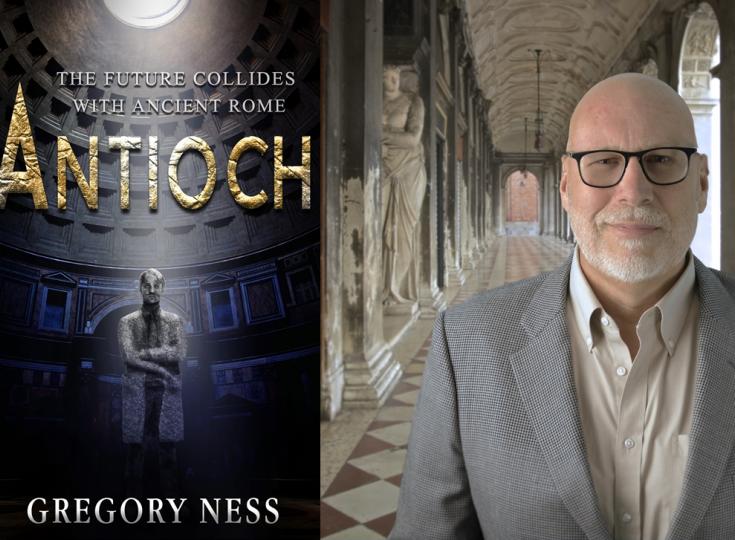 Gregory Ness likens writing a novel to a hero's journey - one he has completed for the first time when publishing Antioch. This adult geek multi-genre book is the first in a series and takes readers on a gritty, raw and personal trip into humanity's past and near future. As our Author of the Day, Ness tells us why he wrote this book, how his background as a Silicon Valley technologist inspires his work and why we shouldn't take our civilization for granted.

Please give us a short introduction to what Antioch is about.

You can think of Antioch as an adult geek multi-genre. It's a book for seekers who aren't fazed by hard science fiction, who want to be immersed in a gritty, raw and personal trip into the past and near future.

If you think ancient Rome and Egypt were as portrayed by Hollywood, Antioch is a second opinion. If you think the scientific research and technology communities are friendly and collaborative and seeking truth, think again.

One of my challenges with historical fiction overall is the preoccupation with appearing objective, like a history book sprinkled with a few essays and well-documented events and appearances by known figures. I wanted to take a shot at peeling back the onion to create a more personal, subjective, and hopefully authentic view of reality underneath the Hollywood facade.  The future up close and personal, along with the past.

What inspired you to write a story that takes place both in the past and in our near future?

It hit me like a ton of books about ten years ago: how across two thousand years so many things change and yet stay the same. How much we take our institutions for granted and how easily we can lapse into chaos.  I think we are at an important time in the story of humanity and anything is possible.  We are on the precipice of amazing discoveries about the universe and ourselves. Will our spiritual growth keep up with innovation or will we as a civilization regress into the rise of cyber mobs and terror?

What is it about Ancient Rome and Ancient Egypt that fascinates you?

The sense that the people who walked those streets likely thought (up to the end) that their cities, temples and institutions would last forever.  And the idea that we only have romantic fragments (for the most part) of what life was really like, from the sights and smells to the barbarity of daily life.

How has your work as a Silicon Valley technologist inspired your writing?

The internet is exposing a darker side of humanity as more are connected. And I've witnessed how quickly fortunes can shift as a result of innovation. Deep down I'm concerned about the rise of cyber mobs who appear, wreak havoc then disappear. And the rising tide of hostility between people with different ideologies, religions, etc. Many don't realize how much work went into building our civilization and how easily it can crumble.

Growing up, you have traveled the world a couple of times. How has this influenced your views about life?

We're all manifestations of the same force of nature, regardless of religion, skin pigment, income. We're all connected. The poverty I saw as a child in Calcutta is still very much with me.

Cyber terrorism is an important theme in this book. Why?

I'm convinced as more people and systems are connected there will be more exploitable vulnerabilities. Instead of a team blowing up aircraft one person thousands of miles away could open up floodgates or create a significant power outage. With the internet comes a new form of power I think most are still trying to understand.  When we discovered fire I'm not sure its only use was for staying warm or preparing food. 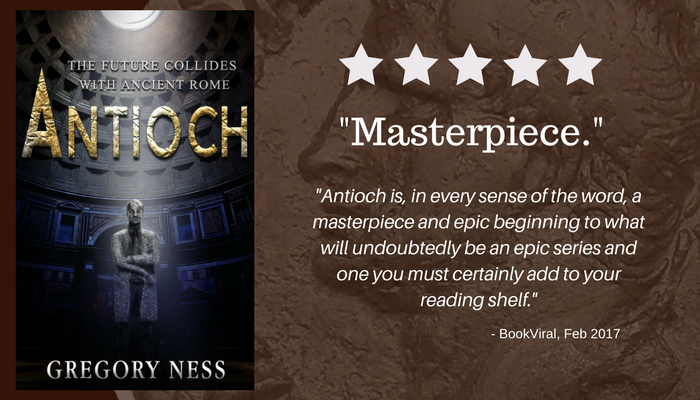 How long did it take you to write Antioch, and did you plot out the book before you started writing?

It took me about a year to get a first draft and another year to find the right editor among several smart, talented people. The entire ancient history portion hit me like a ton of bricks in 2012 and the future part has been a work in progress. There was no outline other than chapter names.

I used to be able to speak very poor Arabic. Now it's only profanity (in Arabic). I practice Kriya Yoga and lucid dreaming.

Does this book contain a hidden message? What do you hope readers will take from it?

Yes. Certainty is the enemy of knowledge.  We are all connected. Our ideas about the universe and the ancient past are probably wrong.

Tell us about your writing habits. Where, when and how do you like to write?

When the rest of our family is sleeping or watching television.  I'm most productive Sunday mornings after watching Jason Silva's Shots of Awe (https://www.youtube.com/user/ShotsOfAwe). It's usually bursts of 4-7 pages that need editing.

This is the first book in a series – did you plan for it to become a series right from the start?

Yes.  Likely three to five books, depending upon reader response. There is a new trailer for the second book here: https://www.youtube.com/watch?v=5F4tb36BiKM, which I published Ides of March 2017.

Antioch seems to be your debut fiction novel. What has the experience been like so far?

Writing a novel is a hero's journey. You leave a space of comfort to discover truth and return both enriched and depleted beyond expectation.

We have a small community on Facebook https://www.facebook.com/TheSwordofAgrippa/ and here's my blog: https://gregness.wordpress.com/the-sword-of-agrippa/.