Jesse Nolan Bailey - Dark Fantasy, Betrayal and Atonement
Posted on 25th of May, 2020 by Naomi Bolton 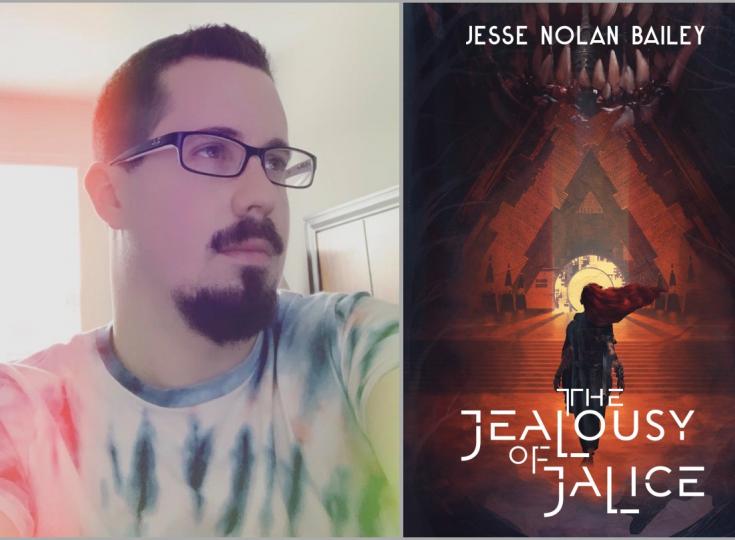 Enthralled by the magic that written stories contain, Jesse Nolan Bailey has always wanted to be an author. With his debut novel finally released to the masses, he can now claim such title with relief. He lives in Durham, North Carolina, where he has embraced the equally-gratifying lifework of hosting a trio of spoiled cats.  As our Author of the Day, he tells us all about his book, Jealousy of Jalice.

Please give us a short introduction to what Jealousy of Jalice is about.

The Jealousy of Jalice is an adult, dark fantasy that explores themes of betrayal and atonement. The story begins with two women that want to overthrow a tyrant chief, and the first step in their plan involves kidnapping his wife. So Annilasia whisks Jalice off into a forest infested with beasts and demonic entities, while Delilee remains behind to spy on the chief. Yet a dangerous event from Jalice’s past threatens to undo the entire scheme, and she is forced to face her iniquitous past.

What inspired you to write about two women who enact a scheme to overthrow a tyrant chief?

I think fantasy is long overdue for giving female characters the spotlight and main role in stories, and to be more than just the damsels in distress. Obviously, steps towards this have occurred in the last decade, and I thought that my debut would be a wonderful outlet for creating some more complex female characters for readers to enjoy.

As for the plot, it evolved over time, but I’ve always found assassins/warriors, queens, and decoy type characters incredibly fascinating. So naturally I wanted to concoct a story that would involve all of those. The idea of a group of women attempting to take down a tyrant just struck me as a powerful story that I needed to tell.

Tell us more about Annilasia and Delilee. What makes them so special?

Annilasia is probably the most jaded, mistrusting character in the story. She’s lived a hard life thus far, and she blames others for that outcome. Training as a warrior and taking on the duty of tribal assassin has molded her into a one-woman force to be reckoned with. She’s watched the annihilation of her friends, family, and tribe, and by the start of the book, she’s reached her limit. She wants the chief to pay in blood.

Delilee is not featured as much as Jalice and Annilasia, but nevertheless plays a vital role in Annilasia’s plan to take down the chief. She is Jalice’s cousin, and so has a soft spot in her heart for the chieftess. Yet this is complicated by a stoic duty as Jalice’s decoy. She’s convinced by Annilasia that the chief needs to be taken down, but she’s conflicted about the fate Jalice will face within their scheming.

Yes. I have loved reading from as far back as I can remember, and fantasy and science fiction have held my interest for a very long time. As I grew up, I became captivated by the power that words held, and the way they could conjure up such fantastical stories. It would take years and many false starts before I would begin writing The Jealousy of Jalice, but that vision of joining fellow authors on the bookshelf has remained steady in my head.

Fantasy has so many compelling layers to it. On the surface, it is founded in a fantastical setting and populated with strange creatures and characters. Yet, if the author so chooses, it can allow the reader to explore and dissect real life conflicts and emotions too. It’s the swords, dragons, and magic that draw us in, but a compelling story most often is driven by characters learning about themselves and what they believe in. I like that. It’s a form of escapism from the real world, but it isn’t entirely separated from it either.

Don’t lose sight of your dreams. It’s easy to become disheartened by life at times, and there will be moments when you just want to give up on everything. But don’t. You will be an author someday, and it will have all been worth it. 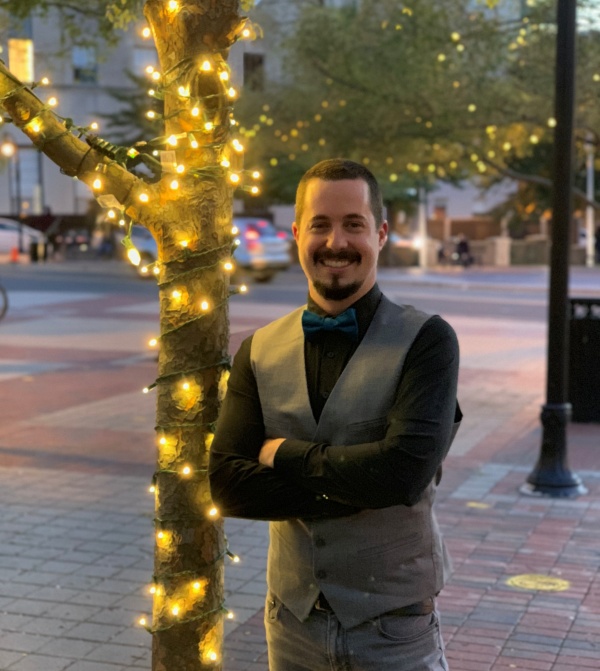 Which of the characters in The Jealousy of Jalice was the hardest to create?

If I had to pick one, I’d say the demonic characters (Dardajah and Inzerious). They were tough, simply because I had to figure out how a demon would talk and act. I had to find a balance where they didn’t sound like cartoons or cliché, and yet still evoke the fear and terror a true demon would. From what my reviewers are saying, I managed to do that, which I take great pride in.

A little of both for sure, but overall I’m mostly a plotter. I take an idea, ponder it on long walks while listening to soundtrack scores, and then once it’s formulated enough, I’ll start drafting and outlining it. Structure helps me get the words on paper; otherwise I get overwhelmed by the blank page.

Are you planning on turning this into a series?

Absolutely. This is not a stand-alone book, and yet my own insecurities kept me from proclaiming that for a while. I didn’t want to commit to a series if no one liked this one. However, with a dozen or so positive reviews from editorials and readers at this point, it is safe to say that The Jealousy of Jalice will have a sequel and series. In fact, I recently announced the name of the series it officially belongs to: A Disaster of Dokojin.

I’ve already started on the sequel to TJOJ. It’s outlined, so now I’m working on the first draft (forgot how much I missed first drafts…*cringe*). In addition, I’m writing my first ever novella, which I’m hoping to release before the end of the year. It’s also a fantasy, but unlike TJOJ, it will be a true stand-alone and takes place in a world disconnected from the TJOJ series. The plan is to announce its title and cover in the coming months, so keep your eyes open for that!

If you want to interact with me, follow me on Twitter (@jesseNbailey) or Instagram (@jesse.nolan.bailey). I’m very active on both accounts. Or if you simply want to get in touch, shoot me an email at [email protected]

If you want to keep up with my future releases, book promotions, and early access news, I strongly suggest signing up for my Newsletter on my website: jessenolanbailey.com. You’ll be among the first to find out the title and cover of my novella, as well as news on the TJOJ sequel when the time comes. 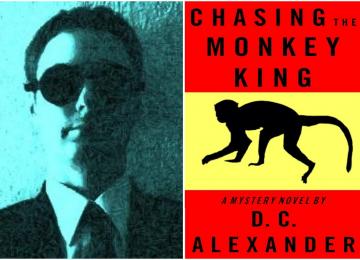 D.C. Alexander - Intriguing Plots and Enthralling Settings
FEATURED AUTHOR - D.C. Alexander is a former federal agent. His debut novel, The Legend of Devil's Creek, was a #1 best seller on Amazon. His critically acclaimed second novel, The Shadow Priest, was called "a great beach read" by the USA TODAY Network. He is also a former judge for the annual International Thriller Writers Best Thriller Awards. He was born and raised in the Pacific Northwest, and now lives in Louisville, Kentucky. As our Author of the Day, Alexander tells us all about his book, Chasing The… Read more