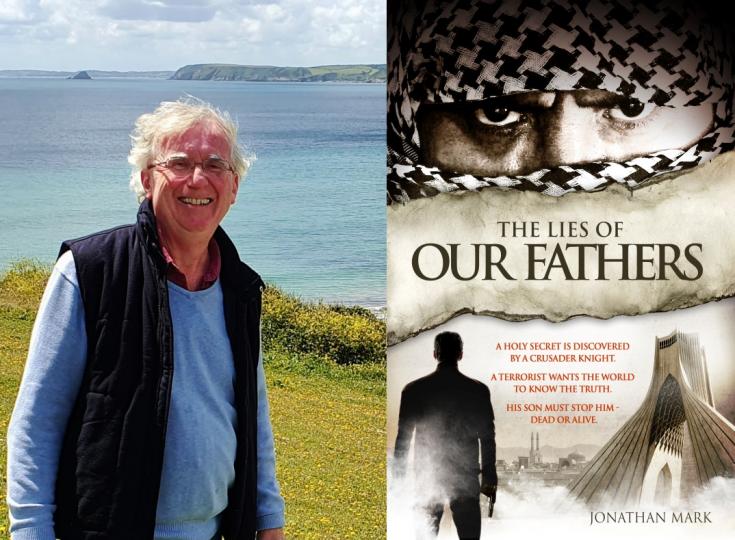 Jonathan Mark worked for nearly forty years in the City of London financial district, he retired early to pursue his long-held ambition to write novels. He shares his time between Essex and Cornwall and travels around the world to research material for his books To kick start his writing career he completed an MA in Crime and Thriller writing at City University London. At the time, this course was the only creative writing MA in the country which focused on commercial crime fiction. The Lies of Our Fathers is the second book in a trilogy of fast-moving adventure thrillers. As our Author of the Day, he tells us all about his book, The Lies of Our Fathers.

Please give us a short introduction to what The Lies of Our Fathers is about.

The Lies of Our Fathers is the second novel in a trilogy, the first of which was called The Last Messenger. It is a fast-moving adventure thriller set in the UK, Greece, Turkish-occupied Northern Cyprus, and Iran. It tells the story of Richard Helford, a young MI6 intelligence agent who is tasked to hunt down and kill his father who is wanted for terrorism. His father is responsible for passing on an ancient manuscript to Iran which will prove that The Gospel of Barnabas discovered by a Crusader knight in Antioch in 1098 is authentic. The Gospel of Barnabas promotes a Muslim view of God and gives credence to the idea that Mohammed is the Last Messenger of God. Needless to say, Western intelligence agencies want this proof destroyed. A race against time ensues and Richard has to wrestle with his conscience that he must assassinate his own father.

Although this novel is a work of fiction, it addresses some serious themes which I hope readers will find interesting. I wanted to explore the question of why religious conflicts exist between the major religions of Judaism, Christianity, and Islam, when in reality they all emanate from the same Abrahamic source and are all founded on the same fundamental beliefs. I also think there is considerable evidence to support the conclusion that religion has evolved over the centuries from a variety of sources, including Plato and Zoroastrianism, which are centuries older than the Abrahamic religions.

With regard to Christianity, ideas were formed initially by Paul in his Letters which are a significant part of the New Testament. There is a sense that our view of Jesus Christ has been formed by Gospels that were chosen by the Church many years after his death. In my novel, I speculated about Gospels that existed, but were not selected for inclusion in the Bible by the Council of Nicaea in the fourth century AD. These unselected documents are known as the Gnostic Gospels, many of which were found by the Dead Sea at Nag Hammadi in 1945. I wanted to focus on the Gospel of Barnabas and the Gospel of Thomas. 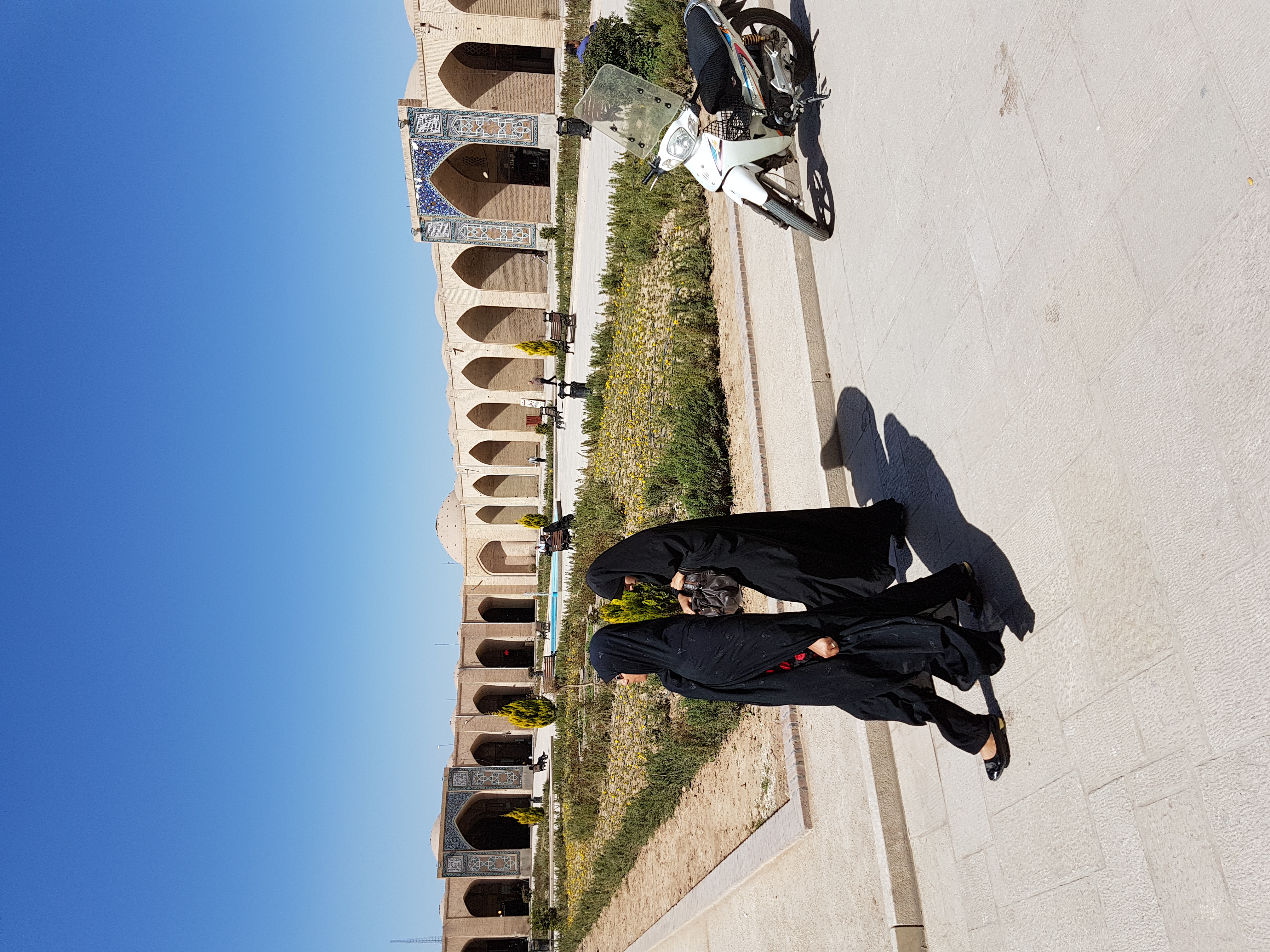 Antioch was a centre of Christianity as it grew in the first and second century AD. Both St Barnabas and St Paul preached in Antioch for many years so it is feasible that the Gospel might be found there. The scenes described in the opening chapter of the book did actually happen, where Antioch was under siege. The Crusader knight in the novel, Robert De Valognes is fictitious but is based on proven historical fact.

Iran in ancient times was the centre of Mesopotamia and is the location of one of the most religiously inclusive empires in the history of mankind – The Persian Empire of Cyrus the Great. It is also the place where the Zoroastrian religion was most prominent. This religion is the forerunner of Abrahamic religions.

How much research has this book require from you to make the "history" part of it ring true?

I did a huge amount of research including a 2000 mile journey through Iran, which in the current climate is no longer possible. Iran is a fascinating country and much misunderstood.

Was there a specific moment when you felt like "now I am an author" as in "this is now my career?

No , I am afraid not. It is very hard to make a career from writing. It is a something which thousands want to do and if I am honest there are too many books being written and not enough readers. Human beings always love stories so I hope I can contribute to entertainment for some. All I want is readers who enjoy what I am doing. It is always a wonderful feeling when someone tells me they genuinely enjoyed reading my book. Royalties are a secondary consideration for me.

I worked in International Finance for over 40 years.

This is the second book in a trilogy. How does it tie in with book one? Can it be read as a standalone?

That’s a good question. It can be read as a standalone but would be much more enjoyable if it is read in sequence. Both novels in the series are reduced to 99c while the book is being promoted on Many Books.

Why did you pick the Gospel of Barnabas as a subject for this story?

The text of the Gospel of Barnabas is regarded as a forgery, but there is no doubt Barnabas existed and is often revered by Christians where many churches are dedicated to his name. He is referred to several times in the Acts of the Apostles who named him Barnabas, meaning ‘Son of Encouragement’. His real name was Joses which is the Greek derivation of Joseph. He worked very closely with Paul and set up a church in Antioch. Despite this, we know he fell out with Paul and might therefore have a different view of what Christianity was all about. The Gospel of Barnabas is controversial as it promotes an Islamic view of Jesus, which has not been accepted by Christians. Muslims do accept Jesus, known as Isa in the Holy Koran, as a prophet, but do not believe that a human being could ever be the Son of God. It is possible that Barnabas shared a contrary view to that promoted by Paul.

In my novel, I ask the question, what if an original version of the Gospel of Barnabas did exist? The story I am relating is not without foundation. In 2000, a leather-bound text written in Aramaic, the language of Jesus, was discovered by Turkish police during a raid on a smuggling operation. The text is held in the Museum of Ethnography in Ankara. It is believed to date back to the 5th century AD and could be the Gospel stolen from the grave of St Barnabas in Cyprus, where he was born and executed by the Romans at Salamis. 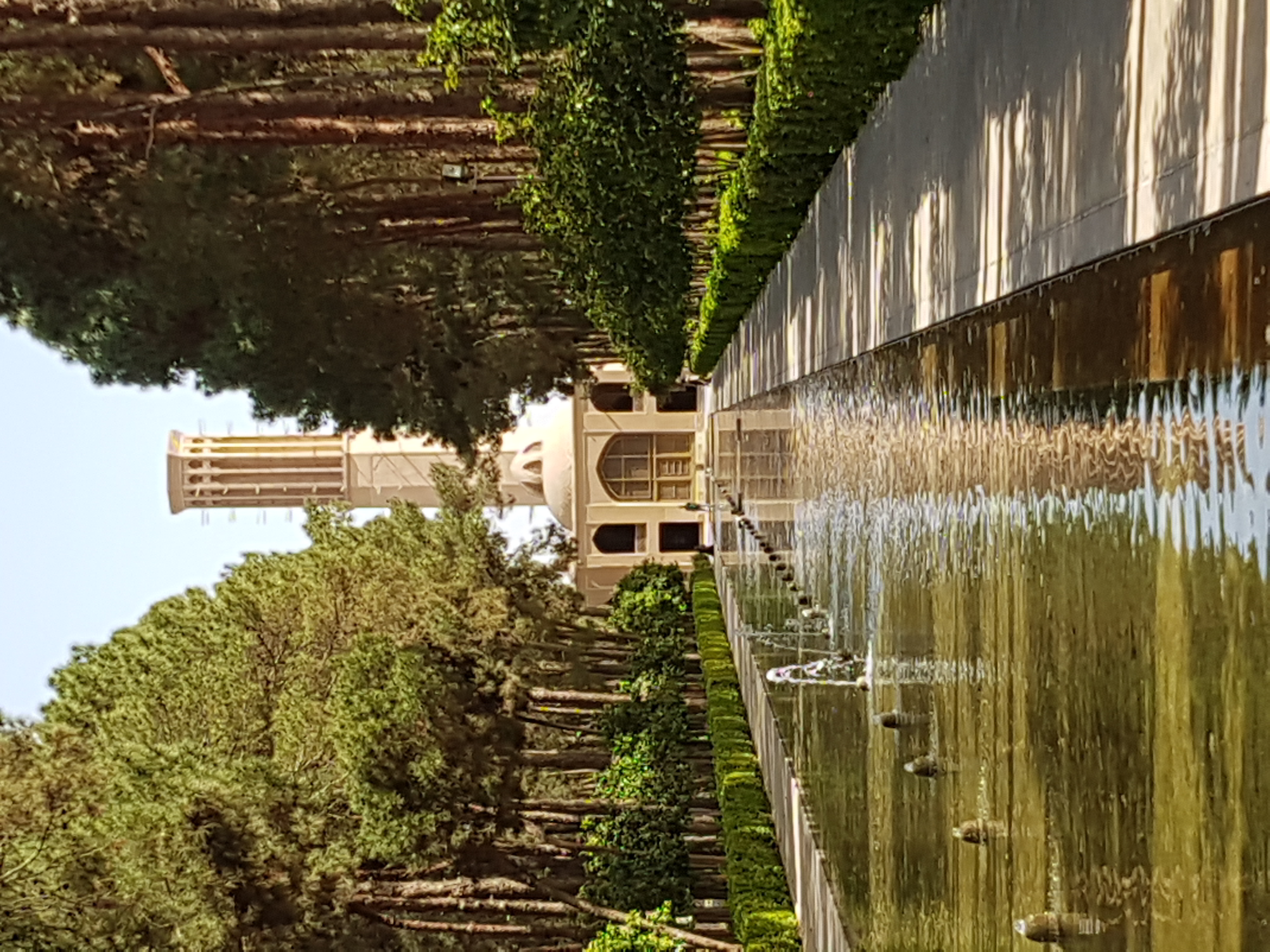 Tell us more about Richard Helford. What makes him tick?

Richard is a spy but nothing like James Bond. He is an academic who is driven to fight against his will. He has had a troubled relationship with his father who never really showed the love a son might expect of his father.

Why did you title this "The Lies of Our Fathers"?

It is inspired by a quote from Rudyard Kipling author of The Jungle Book “ If any question why we died. Tell them because our fathers lied.”

Who are some of your favorite fiction authors, and why?

Wow – A hard one because there are so many. I love John Le Carre and also the US author Don Winslow.

No. I write every day when I have time.

The third part of the trilogy which is called The Wilderness of Truth and is set in India is started but I am currently writing a psychological thriller which has a female protagonist caught in a love triangle. The subject matter of this novel is more interesting to agents and being traditionally published.

You can find me via twitter @jonmark1956 and Instagram @jonathanmarkwriter and through my website https://jonathanmarkwriter.com where you will find much more background on my novels including free opening travels and a blog about my trip to Iran. 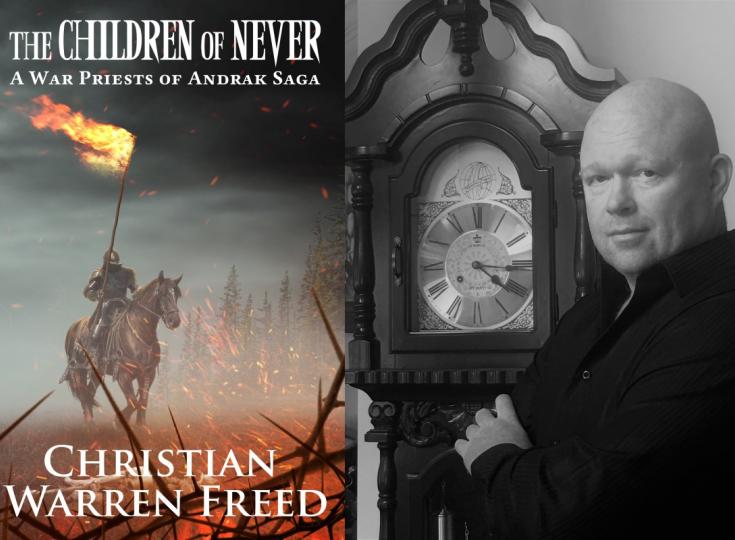 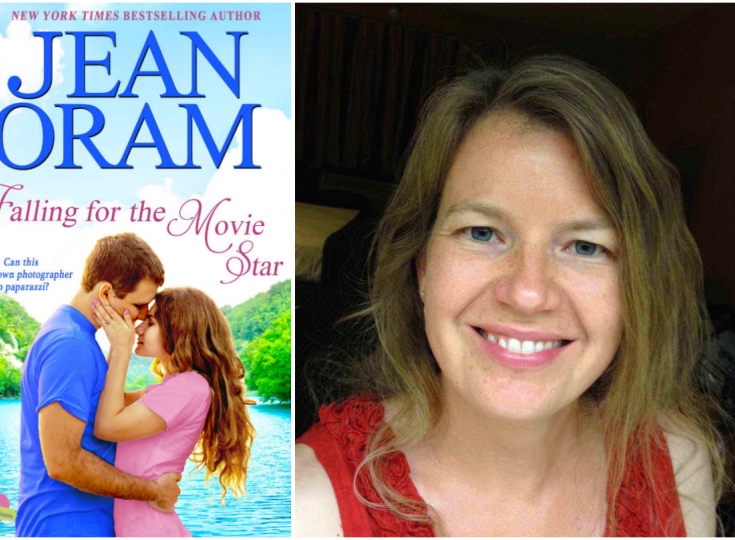 Jean Oram - A Movie Star and a Photographer 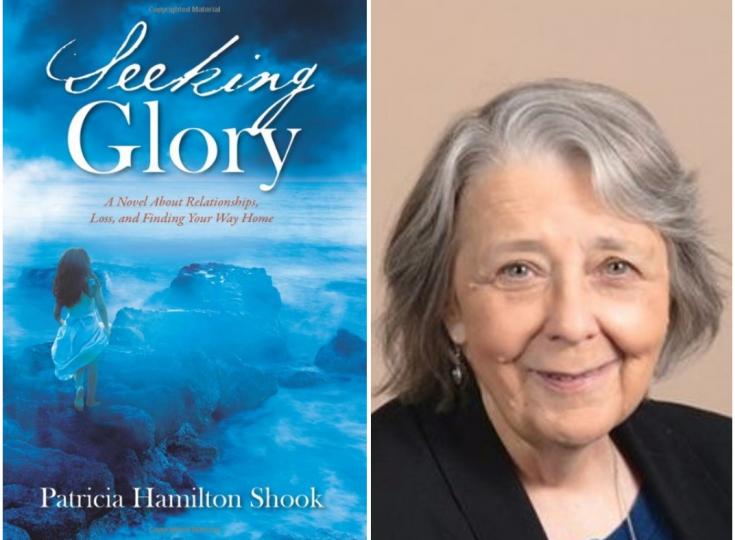 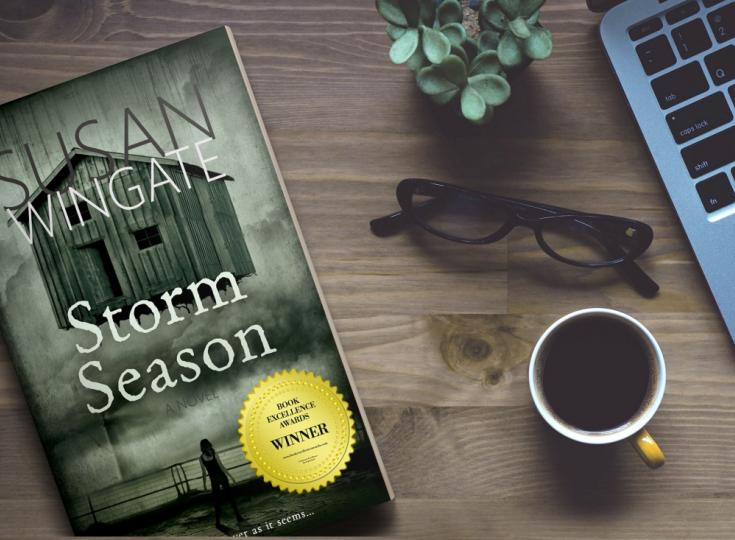