Keith Baker has a passion for genealogy and the Civil War, something that clearly shows in his book, Longshot in Missouri. His first paid writing job was that of a columnist but, as a man of many talents, Baker has also done everything from serving in the Navy to teaching, construction work and firefighting. Today we chat with him about precision rifles, history and how the main characters in Longshot in Missouri are loosely based on his own ancestors.

Tell us a bit more about what Longshot in Missouri is all about?

Longshot In Missouri is the first story in the Longshot Series, which chronicles the journey of an Irish immigrant farmer and his family.  We join Rob Finn (a.k.a. Longshot) as he physically and emotionally experiences the trials of being caught up as a soldier, assassin and spy in the largest historical event to have yet taken place within both the United and Confederated States of America.

You enjoy genealogical research. How has it influenced your work? Did it inspire any characters?

The results of my genealogical research have inspired and informed my writing–all of it, and continues to do so. The main characters are based (loosely, of course) upon my own ancestors from that era. 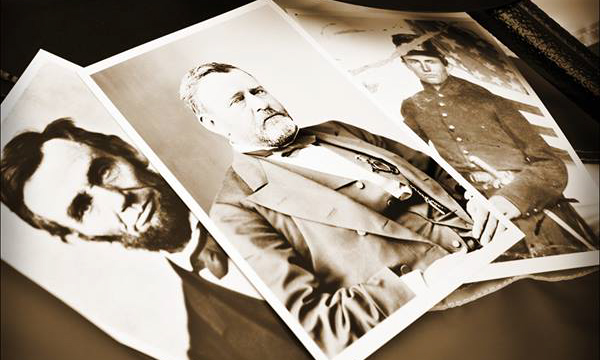 What was personally most interesting to you about researching Longshot Missouri?

Though horses have always interested me, I am not a horseman.  There is still much I need to learn about them as a species.  Since learning is almost always fun, this facet of researching my story is easier than some others.

Rob Finn has a very strong sense of duty.  Is that something you also value in your own life?

Yes, Rob is not reflective of me in many ways, sense of duty is something that seems to have been hard-wired into me.  Like Rob, I also struggle with which is the most real and most important duty to fulfill.

I read like a madman.  Even so, I cannot keep up with my wife of 46 years, who is also my proofreader and editorial adviser.

How much did the rifle Rob Finn used differ from the rifles used today? Was it much harder to pull off precision shots?

The Sharps Rifle continues to be valued and revered for its fine quality and accuracy.  Though telescopic sights were being developed during the Civil War, most "Sharpshooters" relied upon iron, or open, sights. They also fired a slower-moving, heavy bullet than many of the modern rifles, and the arc of the trajectory had to be taken into account.  Some modern combinations of highly accurate rifle/bullet/optics would make the shots described in the Longshot Series something that many people could do–it is no longer such an extraordinary ability to be able to do so. 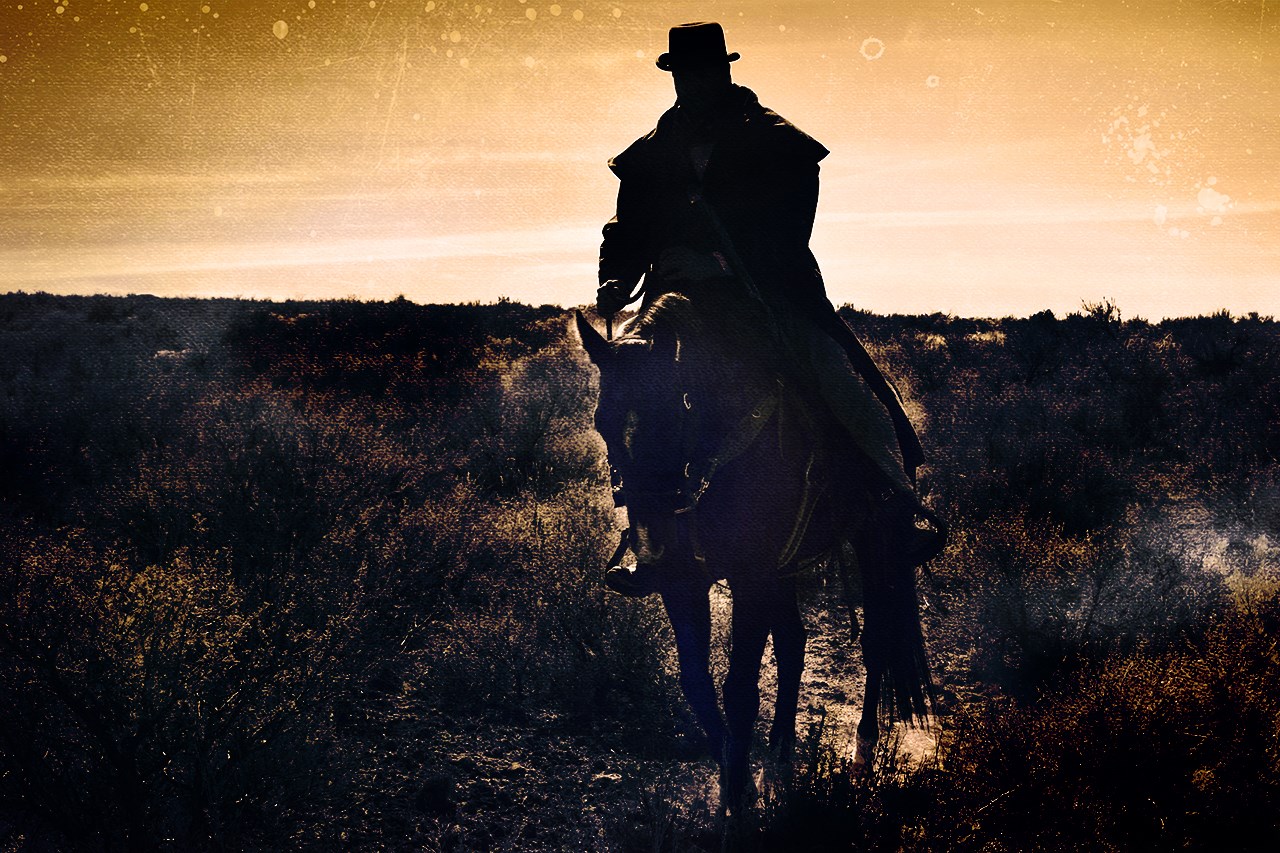 What fascinates you about the US Civil war in 1862?

'Everything' is not too big a word in answering this question.  But let me explain. I try to imagine what kind of person one would need to be to just pack up and leave everyone and everything they knew, in order to go off and fight a war against fellow citizens under the banner of scant promises and slim rewards.  While it is true that such would be the same for those who responded in WWI and WWII, there were significant differences.  I was in the US Navy twice.  But had someone tried to get me to march 35 miles in one day, carrying a pack weighing up to 70 pounds, wearing heavy woolen clothing in 90º F heat, with only raw oatmeal to eat–well, there might have been a battle right then and there.  Yet that is exactly what happened when the Union troops were force marched into Gettysburg from Baltimore.  Oops! Sorry.  That was 1863, (July) and the temperature reached 100ºF.

Rob is very strong and performs great under pressure. He however faces emotional setbacks that he finds hard to deal with.  Why did you pick this approach?

First of all, Rob's demons are intended to make him more real. How could a sane person in his circumstances not have doubts? Secondly, and perhaps more importantly: I believe strongly that worthwhile Historical Fiction should always inform two groups: the author and the readership.  There are so many unreported and unresolved facts and details about the US Civil War needing to be shared.  Rob's (and other characters') thoughts about such things allow the writing to bring many of these to the casual or serious reader without bludgeoning them ... I hope.

You also wrote Longshot Into the West.  How does this book tie in with Longshot in Missouri?

Longshot Into The West is the second book in this series, picking up just weeks after Longshot In Missouri ends.  Though each book is written to be fully enjoyed and understood as a stand-alone novel, the series combine to follow Rob and his companions through a very long and tumultuous time in this country's history. There is more to come; at least one more book, possibly two or more. 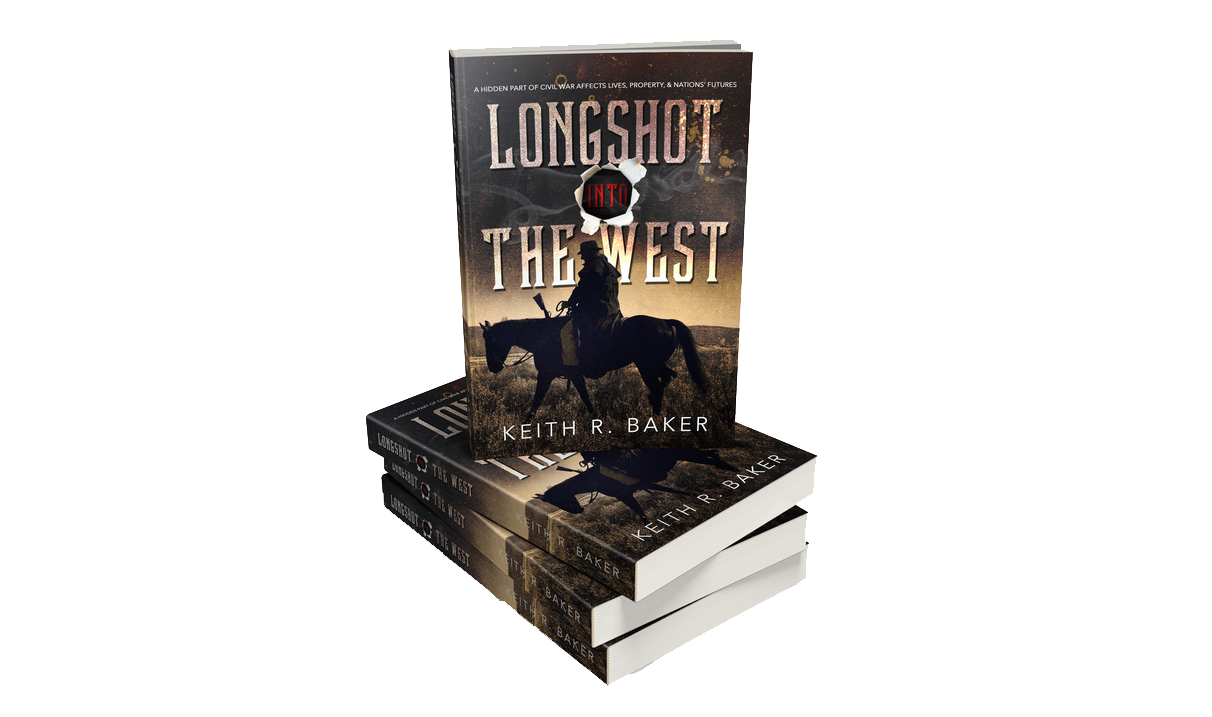 If you could have a drink with any historical figure, who would it be?

The answer to this changes sometimes.  For today, it would have to be Confederate General Robert E. Lee.  Talk about a man with personal struggles ...

What was the most challenging about writing Longshot in Missouri?

Patience does not come naturally to me. Curbing my natural inclination to just wrap it all up and publish continues to haunt my days at the keyboard.

How, would you say, is Longshot in Missouri different from most other novels that are set in the Civil War era?

Longshot In Missouri incorporates many important, yet often unknown, aspects of that conflict as it presents a realistic view of those events by having the fictitious characters interact with actual persons of those years.

What is the best writing advice that you have ever received?

Don't let the negative critics stop you if you have something to tell; especially the one that lives between your own ears.

Actively, I am carrying the next installment in the Longshot Series forward. It is by far the most difficult writing I've attempted to date.  Passively, I am working with a producer to get Longshot In Missouri out as an audible book; that might be done by the middle of June.  I'm also working on a science fiction novel, the working title of which is EL-4.

Where can readers go to remain up to date on your latest releases?