Kristy E. Carter - Putting Things that Should not be There Into our Modern world

Kristy E. Carter - Putting Things that Should not be There Into our Modern world
Posted on 7th of May, 2019 by Naomi Bolton 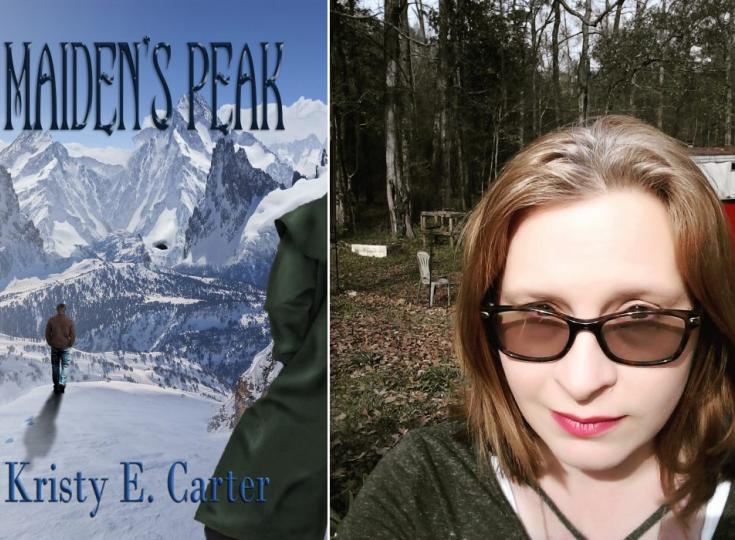 Kristy has been making up her own stories for entertainment for most of her life. Eleven years back she decided that perhaps others would want to walk through the worlds she has created. With over 10+ books in both urban fantasy and cozy mystery, Kristy has allowed readers to venture into realms where magic lives and murder mingles with humor. As our Author of the Day, she tells us all about her book Maiden's Peak.

Please give us a short introduction to what Maiden's Peak is about.

Maiden’s Peak is the story of a man who has prophetic dreams but who has turned his backs on his gifts. Fortunately for us, he is also riddled with guilt that forces him to finally answer the call of his dreams which leads him to Carver’s Corner to try and unravel the mystery of his latest nightmare and hopefully keep what happened before from happening again.

Tell us about Victor Shelton.  What makes him so special?

That’s the thing about Victor. He really isn’t special in any way. If you passed him on the street you probably would not have noticed him at all. Victor’s gift is his prophetic dreams, and it is a gift that while not readily noticeable has kept him separate from those around him. He feels very isolated from the world in general. Victor has the uncomfortable wisdom to know how unremarkable he is. His nightmares have only left him with guilt and shame. So, he tries his best to make his existence count for something.

I had watched a documentary on caves, and it rekindled my fear/fascination with caves. I have a strange phobia of underwater caves, so caves resonate with me as places that are deeply mysterious. I wanted to create lore behind that and here I am. Victor came to mind before the story did, and he needed to face his fears as badly as I did.

Why urban fantasy? What drew you to this genre?

There is something quite whimsical and terrifying about putting things that should not be there into our modern world. When you take that leap and bridge the two worlds you discover that they really are not that different. It is quite unsettling that those odd, strange things should be so at home on our asphalt roads and our in well-lit parking lots.

Probably tons but at the moment all I can think of is the work of Patricia C. Wrede and to some extent Stephen King. I also had a great fascination for Anne McCaffrey growing up.

Wow. Do I have any secret skills? Do they have to be protected by passwords and whispers? I sew, knit, crochet, and other such fabric arts. I once worked as a psychic. I find that when someone asks about special skills it tends to open up all sorts of doors that they probably were not looking to open. Careful.

I like the fact that something can strike my fancy and I get to pull it apart and examine all its inner workings to see if there is a story there. I also enjoy being able to help my family with finances while still being able to be the primary caregiver for my kids, help my mother out, and so on. Who wouldn’t like to play with their imaginary friends all day?

Hmm. I don’t know that I would take that step. I like a lot of books, but one author’s interpretation of events can be so vastly different that I know if I were to write it that there would be no comparison. 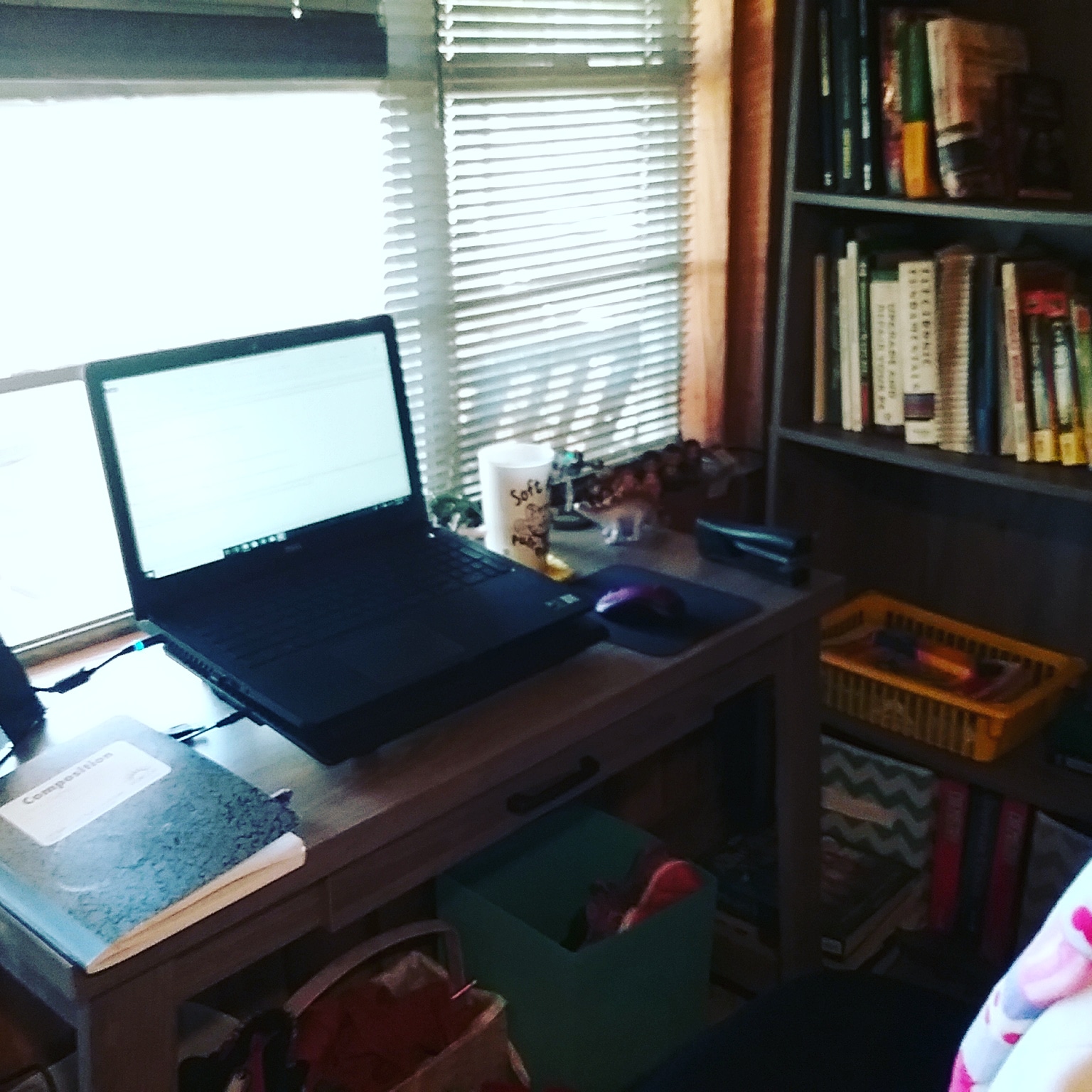 Among the wealth of characters in Maiden's Peak, who was the most difficult to create?

Honestly, it is a toss-up between Oliver and Thorn’s mother. Oliver was such a hard character to pin down. I struggled with trying to make sure he did not come off as resentful and that he did play the older brother. He very much loves his younger brother, and does not envy Thorn’s gifts in the way that others might think he would. Thorn’s mother was hard because I had to figure out how to walk that line of grief and how she would feel if her children followed in her husband’s footsteps.

In the end the characters themselves were the guiding forces. Their mother was a strong-willed woman, and she knew she could no longer stand between Thorn and what he was meant to do. It didn’t mean she had to like it though. Ginger helped inform me about the parts of Oliver that perhaps even readers did not get a glimpse of in this particular story. It is a wise man who finds joy in the simple work of life. and Oliver is a wise man at heart.

Victor and Ginger were the hardest to rein in. Ginger actually at one point had a completely different role in the book. I let the ideas run until I could see that it was not going work. Then I got her back in line. Victor has a tendency to just sort of want to go off on his own and become a martyr. That’s actually where’s Thorn’s character came from. I knew that Victor needed someone as a lifeline.

That is a harder question that it seemed like it would be. The banter between Thorn and Victor was always entertaining. I think if I had to pick one line it would be Thorn’s “It's difficult to look at something that isn't supposed to exist and to admit that it’s there." Honestly, isn’t that the truth? It was him talking to Victor about the fear that comes with great gifts and with being able to do something most people can’t. It was also Thorn reaching out to Victor, even if in a guarded way to tell him he was not alone.

I have a small office area set up in my home. After I make my morning rounds checking on all of the inhabitants of our little homestead, I grab a cup of coffee and head to my office. My day is a routine of chaos and frequent interruptions. I homeschool my kids and my mother lives with us so it is a continuous string of random events that drag me away from my desk. I can be in my head all day plotting or write 10K words a day. That appears to be my two speeds of progress at the moment.

I have several projects going right now, some of which are ghostwriting. My personal projects are the fifth book in the Morning Valley cozy mystery series and fleshing out scenes and such for a possible sequel to Maiden’s Peak. I have several people who pester me about my Angels and Demons series, and I am still working on it from time to time. It just is not one of my priority projects.

You can find most of my work on Amazon (https://www.amazon.com/Kristy-E.-Carter/e/B01N4STZQW)

(https://www.goodreads.com/author/show/16359564.Kristy_E_Carter), and such. I will respond on all of the sites, but Facebook and Twitter are the usual avenues that people interact with me if they wish to do so.