Maria La Serra - Love, Serendipity and the Universe
Posted on 23rd of October, 2016 by Naomi Bolton 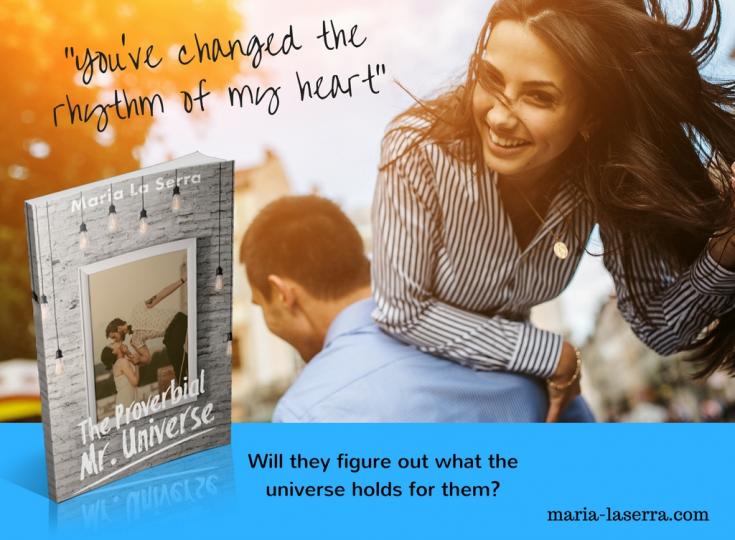 Maria La Serra believes in love and serendipity. She also believes in creating novels that are a bit different from the regular, run-of-the-mill books that readers have become accustomed to. As our author of the day, La Serra chats with us about her debut work, The Proverbial Mr. Universe, fashion design and serendipity.

Please give us a short introduction to The Proverbial Mr. Universe

Twenty- three-year-old Olivia Montiano is a girl who comes to a crossroad in her life. She feels pressured in being someone other than herself until she finds these mysterious handwritten notes tucked in places for her to find. The notes inspire her to take chances in life and loving someone that she least expected to find it with. Nick Montgomery, a washed up artist who’s been through a lot but is determined not to allow his past dictate his future. Together they are on a path of self-discovery, trying to figure out what the universe has in store for them.

This is your first published novel, what was the experience like?

I self-published my first book so I can have complete creative control but on the flip side it’s a lot of work and you quickly learn it’s not easy as you think, having to wear more than one hat.

What inspired you to involve the universe in this book?

I was always fascinated with the idea of the universe, metaphorically. Whatever your beliefs are, I think as human beings we could all agree there is something out there that’s much greater than us, more than we could ever comprehend and maybe has a hand in our own storyline.  I have a friend who hadn’t seen or spoken to her brother in months only because they both have demanding careers. Two weeks ago, to her surprise, they ended up staying at the same Hotel on the other side of the world. What are the odds? I hear this kind of stuff all the time, so I thought it was an interesting theory to intertwine it into the story line. The way the universe presents itself but it’s up to us to decide how we move forward.

How much has your work as a fashion designer influenced your writing?

I was nineteen when I started my career in the garment industry. So I use my experience in those early days to weave it into Olivia storyline, of trying to break into the fashion industry and the frustrations that come along with it, when you realize that even though you put in all those hours and the hard work, it just never seems enough to get the recognition you deserve.

Tell us a bit about Olivia - how was her character "born" in your mind? How did you make her so relatable?

When I first thought about how I wanted to write this book, I wanted my characters to feel as real as possible. I wanted Olivia to have flaws and show how easily she is influenced by other people’s lifestyles and views, and of course, in the book, she’s not always likable, but that’s reality. We all do things that maybe other people might not like about us but doesn’t mean we’re a bad person. Olivia is nothing like me, but I understand where she’s coming from and I hope the readers see that too. Thankfully for Olivia, she later evolves into someone better. I think everyone comes to that point in their life when we question our happiness, whether it’s in our job or relationship with others. To some degree, I think everyone could relate to Olivia in that perspective. 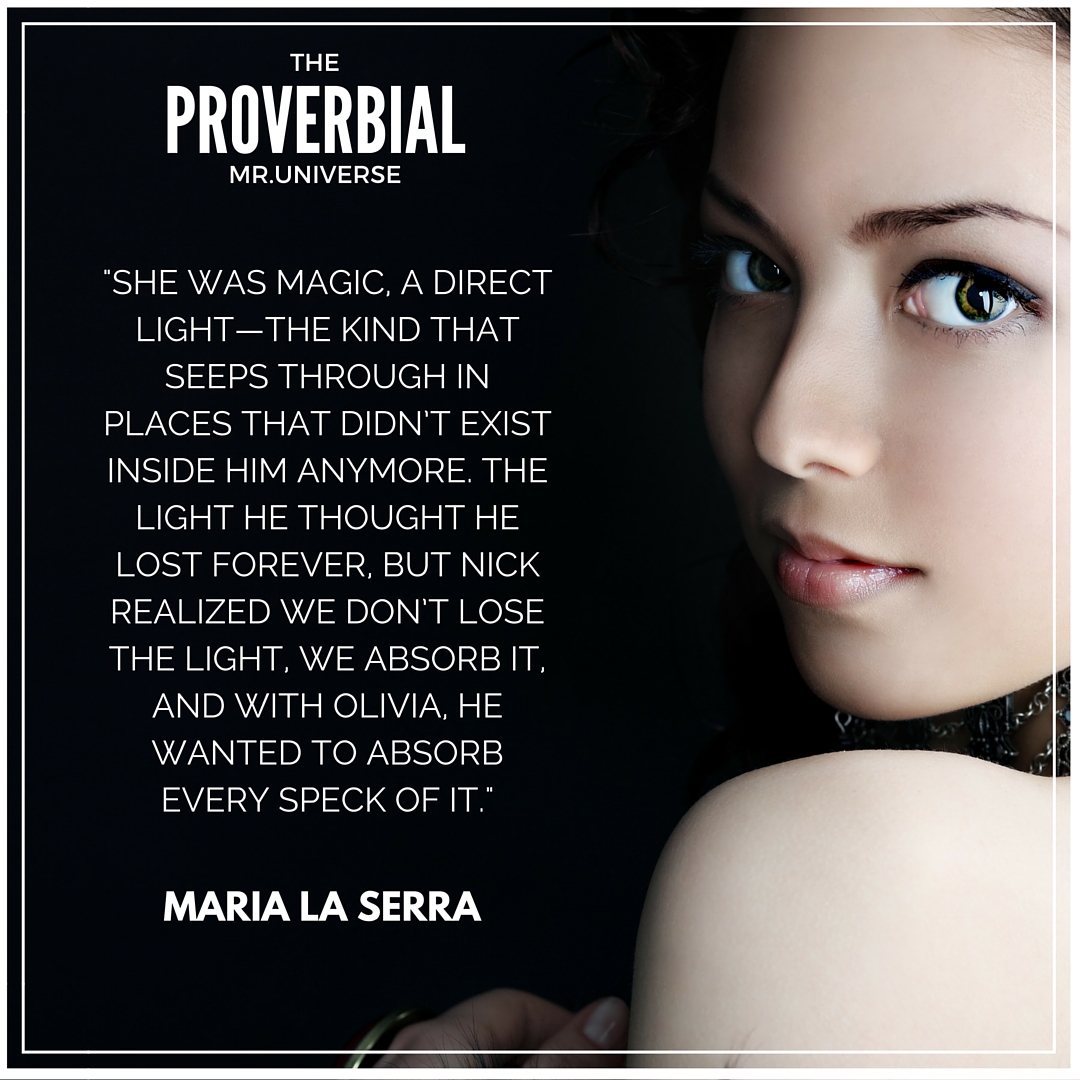 Olivia and Nick both have baggage that they have to deal with.  Why did you pick a pair who were both damaged through past relationships?

They are so different on so many levels and I thought they could relate to each other in that perspective. That they are both trying to put their toxic relationship behind them and move towards something better, working their way towards each other, hopefully.

The relationship and interactions between Olivia and Nick are a bit different from the kind you would find in a regular romance novel.  Why did you take this approach?

Yes, it’s not your typical romance novel. There are no steamy scenes, which might have disappointed some readers, but it doesn’t mean there wouldn’t be any in books that I’ll publish in the future. I just thought for The Proverbial Mr. Universe, I wanted to inspire and I thought if I wrote it with adult content or language, then it would distract the reader from what I was trying to convey. There're no rules in writing a romance novel and I thought, since there are so many books out there that are so similar, I wanted to approach it differently. That’s what’s so great for readers today, there’s something for everyone.

Family bonds play an important role in The Proverbial Mr. Universe.  Why?

I think family plays an important part in our lives, even if they are not present in it. We can’t deny where we come from and that we are shaped and molded by them…whether we love them or hold onto grudges, they are essential to our growth. From the start, you realize that family is very important to Olivia and Nick, they might not be perfect but I wanted to show the support system and it just amplifies on the kind of characters they are.

Do you believe in serendipity in real life?

Yes, I definitely do, it’s played a big part in my life. So many unexplainable things happen that I can only attribute to serendipity.  But my favorite one was:  when I first saw my husband in high school he was a senior and I was a junior, we never talked to each other and he probably didn’t know I existed. But I always had this premonition that we were going to end up together.

Then he graduated and moved out of the city and seven years later, by chance, we went to the same coffee shop before work.  It took him a year before he asked me out, but we’ve been together for sixteen years. 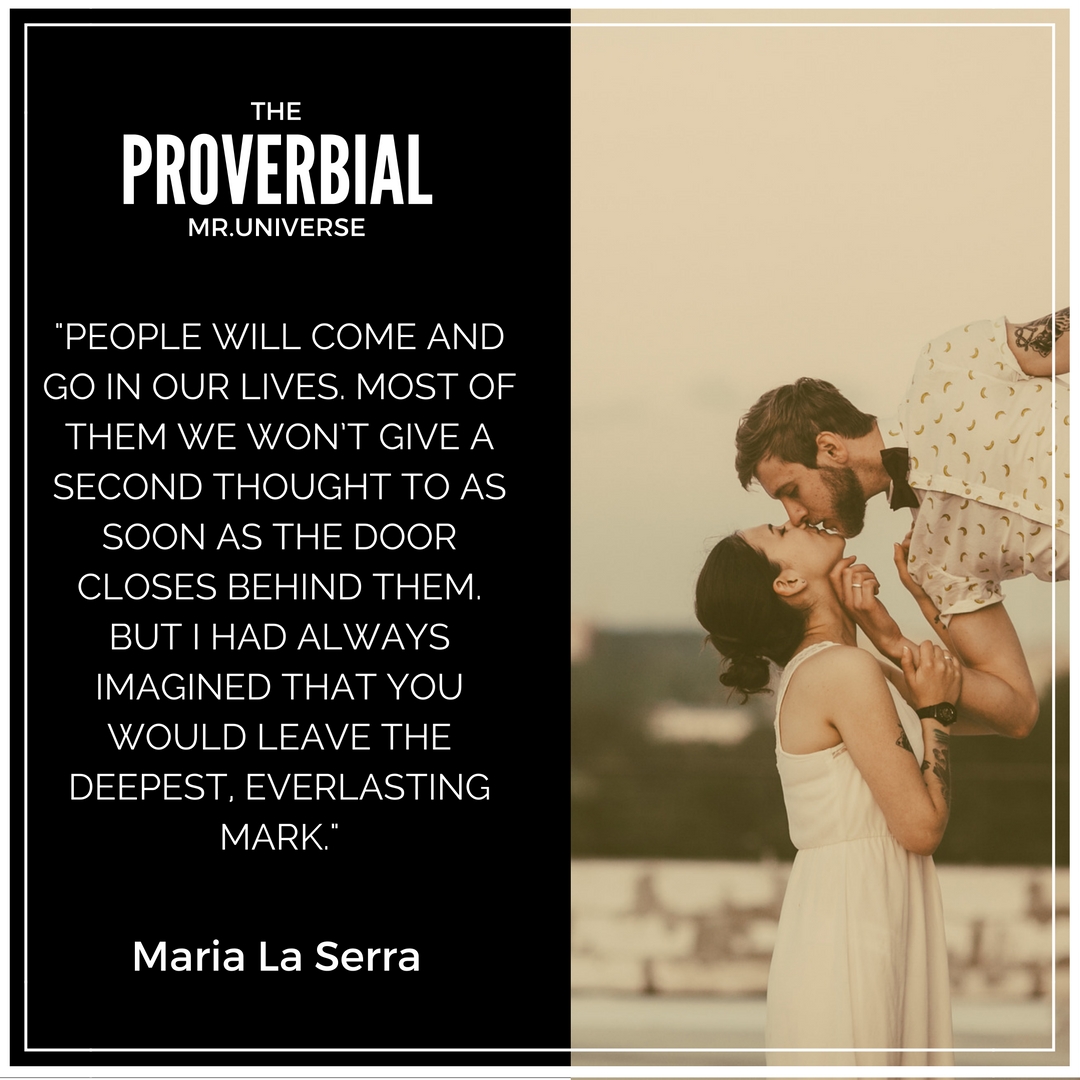 I could make a pattern from scratch and sew my own clothing, things I picked up early in my career as a fashion designer. I wish I had more time to do those things though.

Tell us a bit about your writing habits. What does a typical writing day look like for you?

I wish I can say I’m very organized, but I’m not. I have two small children so I write when I can. I start at my desk early in the morning but then I drift into the kitchen with my laptop. Mostly, I write after work or in between cooking a meal or doing homework with my kids. I try to write every small minute that I have. 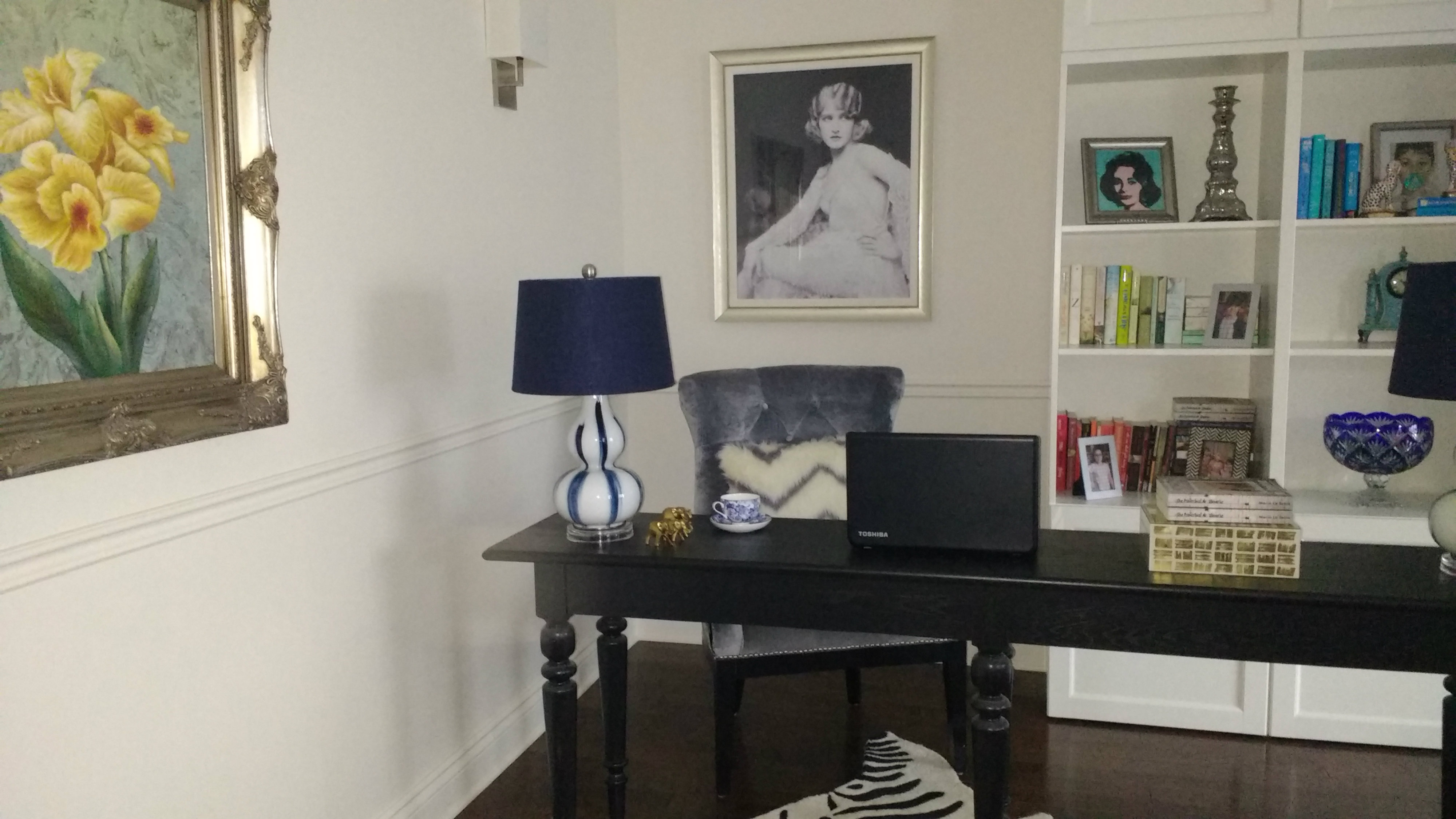 I’m working on another romance novel that will be out in 2017, it will be different than The Proverbial Mr. Universe. Thank goodness, I’m never at a shortage of ideas. I have the next five books all mapped out, now it’s just a manner of taking on the task at hand.

I love to hear and interact with my readers so they can reach me through Facebook or email: https://www.facebook.com/authormarialaserra

If they want to know up to date projects that I’m working on they can check out my website: maria-laserra.com

My book is available on Amazon, kobo, iBooks, Barnes & Noble.