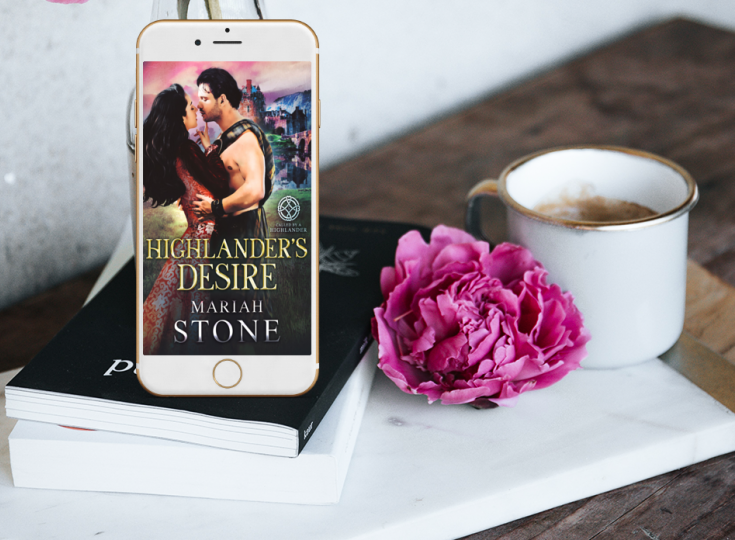 When time travel romance writer Mariah Stone isn't busy writing strong modern women falling back through time into the arms of hot Vikings, Highlanders, and pirates, she chases after her toddler and spends romantic nights on North Sea with her husband. Mariah speaks six languages, loves Outlander, sushi and Thai food, and runs a local writer's group. As our Author of the Day, she tells us all about her book, Highlander's Desire.

Please give us a short introduction to what Highlander's Desire is about.

Highlander's Desire is a Scottish time travel romance, kind of like Outlander meets Robert the Bruce. A modern day history student, Rogene Wakeley, encounters an ancient Pictish rock in the depths of the iconic Eilean Donan castle, and a Highland faerie who appears by the rock, tells her that it opens a tunnel through time and at the end of it, is the man she's destined to be with, a Highland warrior, Angus Mackenzie. Of course, Rogene doesn't believe her, because as a historian she very well knows that Angus Mackenzie married another woman, Euphemia of Ross, and fathered an important historical figure who would save the line of Stuart kings (we all know Mary Queen of Scots, Jacobites and so on). So there's no way Rogene can be destined with him. However, she touches the rock and gets plummeted through time into 1310 where upon opening her eyes she meets Angus.

I've sent all kinds of people before through time: a lawyer, a doctor, a thief, a restaurant chef, a search and rescue officer, a US Marine, others... But they have nothing to do with history. So I was curious to explore, what would happen if someone who loves history and has the highest respect and appreciation for it would actually land in the time they've only read in books. And what would happen if they're confronted with the worst conflict of all for them: do they sacrifice a personal happiness to preserve the course of history? Or should they be selfish and risk changing everything? 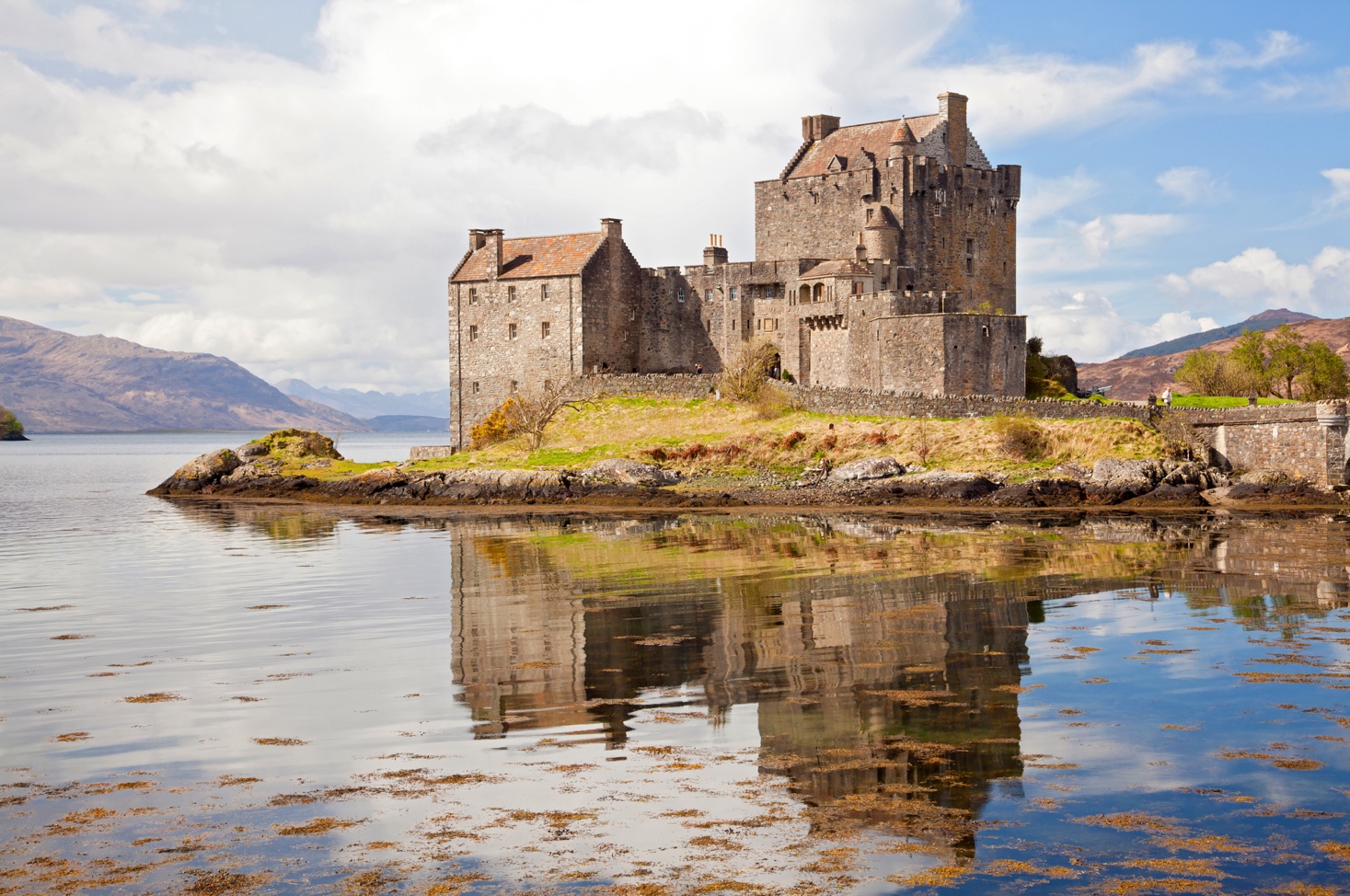 Why a Highland warrior and a struggling history student? What makes them such a great match?

Angus's life has been dedicated to duty. Duty to his (now dead) father, to his clan, to his family. He is even marrying Euphemia of Ross so that her clan wouldn't attack the Mackenzies. When Rogene appears, for the first time in his life, he falls in love and considers being selfish -- breaking his word to Euphemia and marrying Rogene instead. Even though Angus and Rogene are born in different centuries, they have more in common than with anyone from their own time. Angus has been protecting his siblings from a narcisisstic father, and Rogene has been taking care of her brother after their parents when they both were only children. They both have an acute sense of duty which is the most important thing to them. For Angus -- to protect his clan. For Rogene -- her younger brother and history.

Why did you pick 1310 as the backdrop for your story?

1310 is in the midst of Scottish Wars of Independence, right after Robert the Bruce crushed his main enemies in the Highlands and established himself as a new Scottish king. It's an absolutely fascinating time in Scottish history, so the whole Called by a Highlander series is set around that time. Throughout the books, modern men and women have to endure castle sieges, battles, torture from the enemies, kidnappings, learn to ride horses, fight on swords and write medieval letters. And, of course, help their love interests to survive and defend Scotland against its enemies.

I speak six languages (not all of them well🙂 ) and have a PhD in management. Besides, I can cook a Julia Child-worthy boeuf bourguignon, which became my husband's favorite dish.

What makes Eilean Donan so special?

Ohhh! What a great question. Eilean Donan is the most iconic castle in Scotland. It's simply gorgeous, isn't it? It's situated in the Highlands on a little island on the crossroads of three lochs. Thanks to clan MacRae, it has been restored in 1920s, and now is a museum and wedding location, open to be visited. It has been built in the 13th century, but back then it looked completely different from what we see today. It also didn't have a bridge that connects the island to the land.

Why the Highlanders? Why do you find them so fascinating?

I mean... kilts, swords, Scottish brogue... Need I say more?😉 But in earnest, the sense of honor and loyalty to the clan and family are what fascinates me about Highland culture. My Highlanders are fierce warriors with an acute sense of responsibility. For them, fate worse than death is to let the people he loves be harmed or let them down.

I'm going to name two. One is from a writer friend who said that to be proficient in something, you need to put one million hours into it. That was before I have ever started writing my first novel, so I thought -- hmm right, I better get started then! LOL! And the second one is from an Oscar-winning scriptwriter, Aaron Sorkin. To him, dialogue is like music: some is fast in the rhythm of staccato. Other dialogue is like a waltz. I just love that and learned to recognize the rhythm, tempo and melody of dialogue.

Before I start writing the book, I plot. I love outlining a novel because I need to know where my story is going. It allows me to set up things better, foreshadow and make fewer revisions once it's ready.

I'm easily caught into the trap of procrastination, so I have to combat daily. I love sprinting with a group of fellow writers. There are several online writing communities. Someone sets the timer for, say, 20 minutes, and then everyone has to write in that period of time. Then we report how many words we've written and chat for ten minutes. Then back again to writing. Sprinting allows me to get 4000-5000 words per day. Another thing I do is I need to have my writing music and my headphones on. It makes the world around me fade away and plunge me into the world of my book. 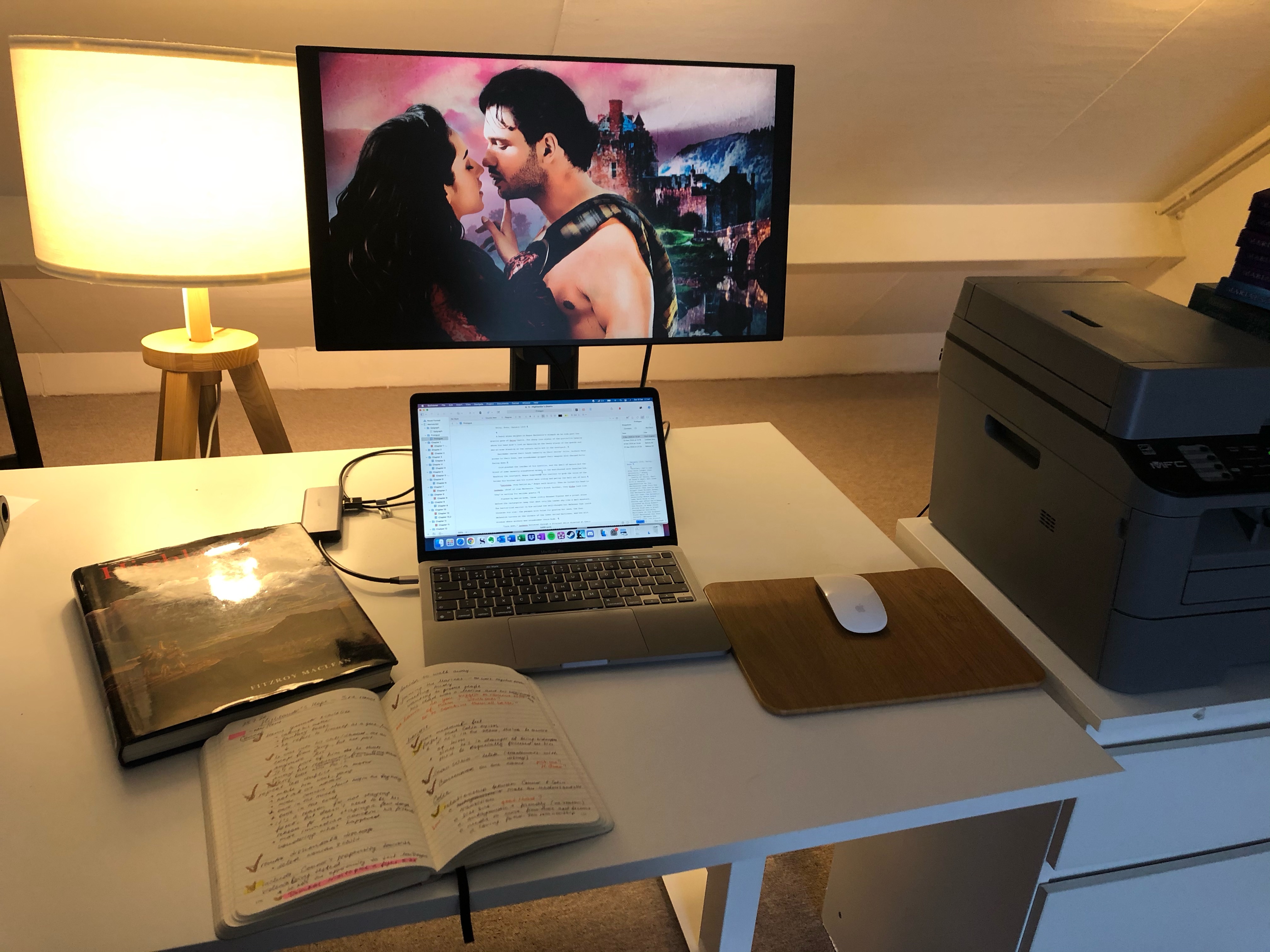 Right now, I'm writing Highlander's Vow which is Catriona Mackenzie's story (Agnus's sister). Thinking she's unlovable, she plans to become a nun by the end of summer, but would a modern-day police detective who investigates the disappearance of Rogene and her brother, be able to change her mind and open up to love?

Take a look at my website and download two free time travel stories: mariahstone.com and become a member of Mariah Stone's Time Travelers Club on facebook https://www.facebook.com/groups/710574853022284! We have fun getting to know each other, chatting all things Highlanders, Vikings, castles and history. It's the number one place where my readers get sneak peeks into the upcoming books, see new covers and get a chance to get their say into what I'm going to write next. I LOVE my reader group and hope to see you there.🙂 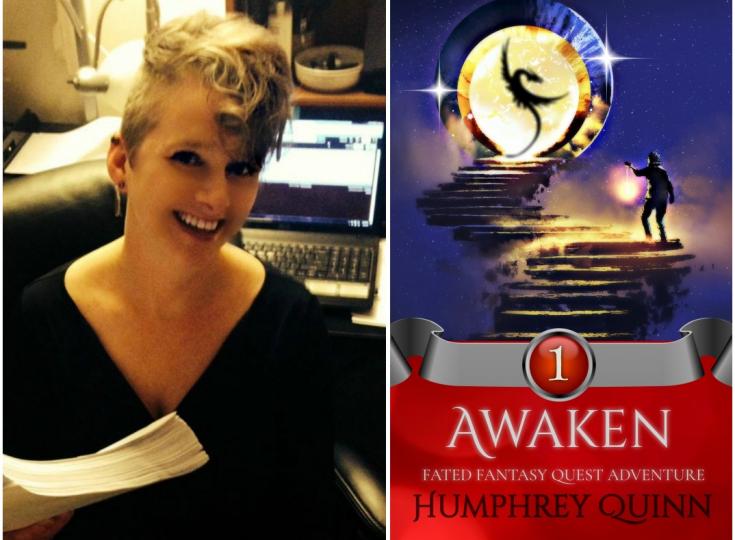 Humphrey Quinn - Suspense, Action and a Lot of Fun 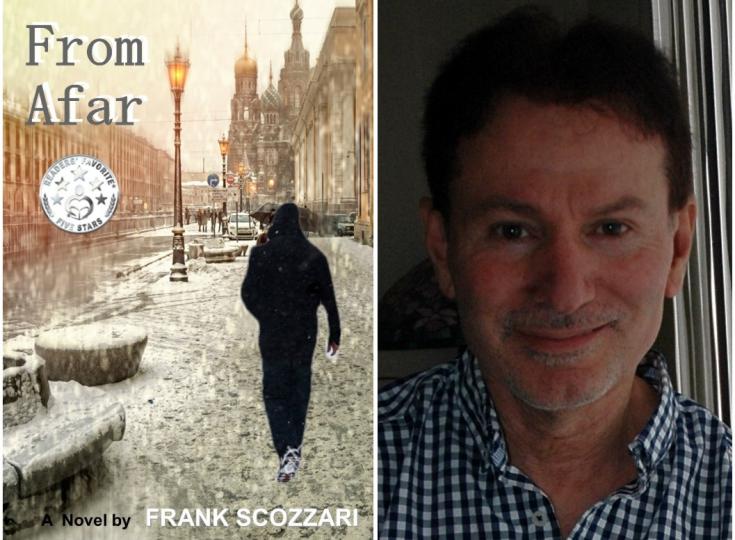 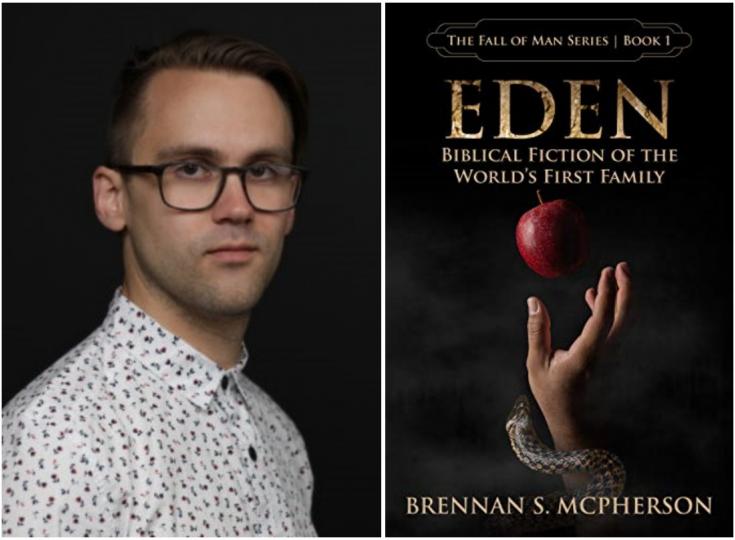 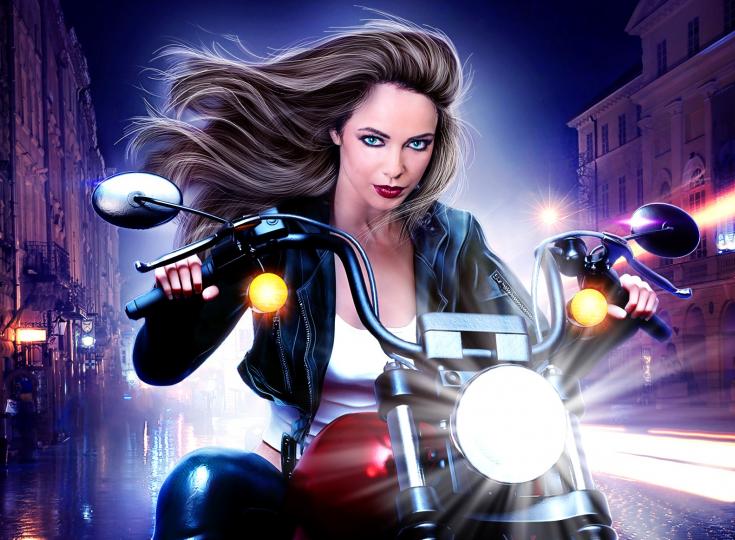 BR Kingsolver - When You Mix Magik and Technology
Sign up