Michael A. Rothman - An Unstoppable Threat Out of Deep Space

Michael A. Rothman - An Unstoppable Threat Out of Deep Space
Posted on 27th of August, 2019 by Naomi Bolton 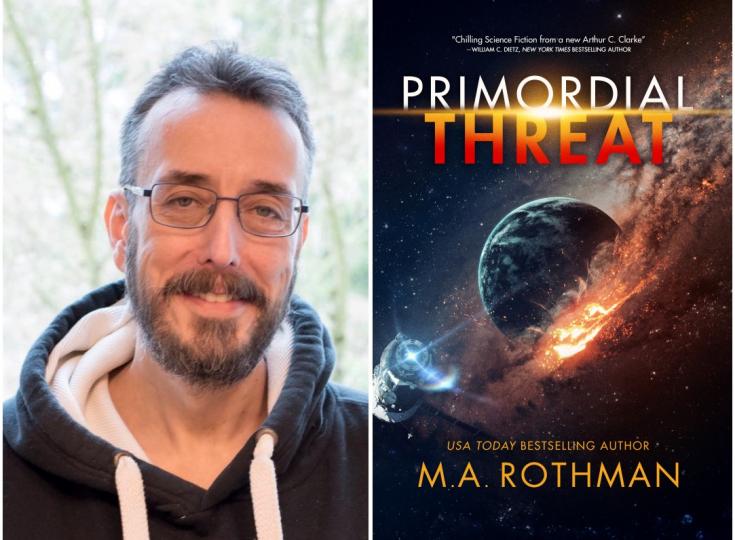 USA TODAY bestselling author, M.A. Rothman, is one of the most unlikely novelists you’ll ever meet. He's an engineer first and foremost, with a background in the sciences, and somehow or another, this writing habit of his has turned into a bit more than just a run-of-the-mill hobby. He primarily writes stories that focus on two things: technology and international intrigue. This writing tends to span the genres of science fiction, techno-thriller, and mainstream thrillers. When not writing, he enjoys cooking, learning about new technology, travel, and spending time with his family. As our Author of the Day, Rothman tells us about his book, Primordial Threat.

Please give us a short introduction to what Primordial Threat is about.

I will say it’s interesting to have many authors compare Primordial Threat to the best of Niven and Pournelle, and to actually have Larry Niven himself say it’s a good combination of science and adventure fiction. In essence, imagine a situation in the not so distant future where we’re just beginning to have colonies on the moon. We are just beginning to spread our wings within our own solar system and learning how to mine resources on asteroids, etc.

Not exactly Star Trek, but we’re making headway. Government is still a pain in the butt and people are just people. After all, it’s only 2066.

But, unbeknownst to most, a planet-killer is approaching. Something that promises to do what the asteroid that killed the dinosaurs couldn’t accomplish. Destroy the Earth and, in fact, throw the entire solar system into chaos.

What could we possibly do?

I’m a physicist and Primordial Threat is a story about real science, real danger, and what our band of intrepid people might be able to do. All the while, there are folks (a death cult) who feel it is God’s will that we perish in the threat.

You see the trouble, the chaos, and the results from the ground level as well as from the eyes of the scientists and the US President who has to deal with all of it.

Kevin James Anderson said it well when he said about this title, “it shows humanity in crisis, and humanity at its best."

What inspired you to write about a black hole that is threatening Earth?

I was inspired by a few things, and most of the sites I talk about are very real. But the concept of a primordial black hole seems impossible to deal with. There’s no way to move it, avoid it, or stop it. So, then what?

Why did you pick the year 2066 as the backdrop for your story?

It’s just far enough away that we can have developed a few things that are in today’s research, but not so far away that people wouldn’t recognize the world I’m describing.

Tell us more about Burt Radcliffe. What makes him tick?

He has one regret - not ever having a family. (His wife died of cancer a few years before this story starts.) Burt is one of the main characters, a man whose life has had many ups and downs, but in essence now wants to do the right thing for the world, and proves it in the end.

Your book is a blend of hard science fiction, disaster epic and thriller. Why did you take this approach?

Because many people said it couldn’t be done, or done well. I believe that is a lie. I hope readers continue to approve of my approach.

I am a scientist, have been doing research for decades. And of course, I make a mean cheesecake. :-)

The book also features a cult. Tell us more about this.

The real bad guy is a black hole.

However, we needed another villain, one with a bit more personality, and one that people might relate to, not necessarily in a sympathetic manner, but in a way we’ve seen through history.

People can fool themselves into believing that death is divinely inspired and anyone interfering with it is the enemy. Imagine just such a case with our cult.

How much research did this book require from you to make the technology part of it ring true?

I have a lot of background in this. So, I’d say decades of research. But in reality, I also used professors of Astrophysics as readers and consultants, along with a helpful Lieutenant from the NYPD who assisted with police procedural elements.

It felt natural to me. No real secret.

Write what you know. I know the science behind this.

Among the wealth of characters in Primordial Threat, who was the most difficult to create?

They all came naturally. No one was more difficult than the other - I was able to put myself in each of their heads. I’m guessing its a natural skill of an author.

Start by editing the previous day’s work and then create 2000 words a day. Every day. 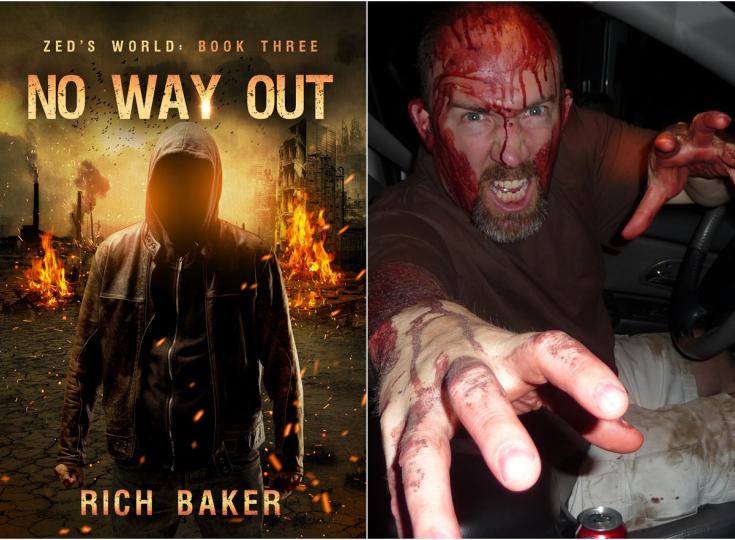 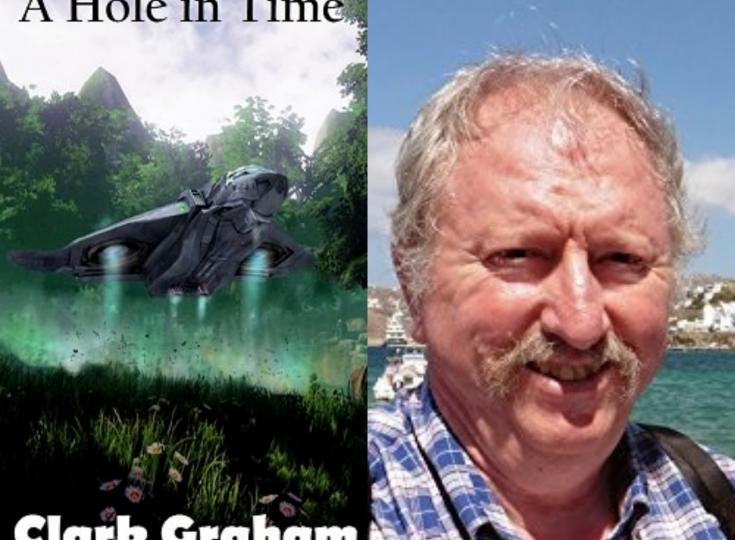 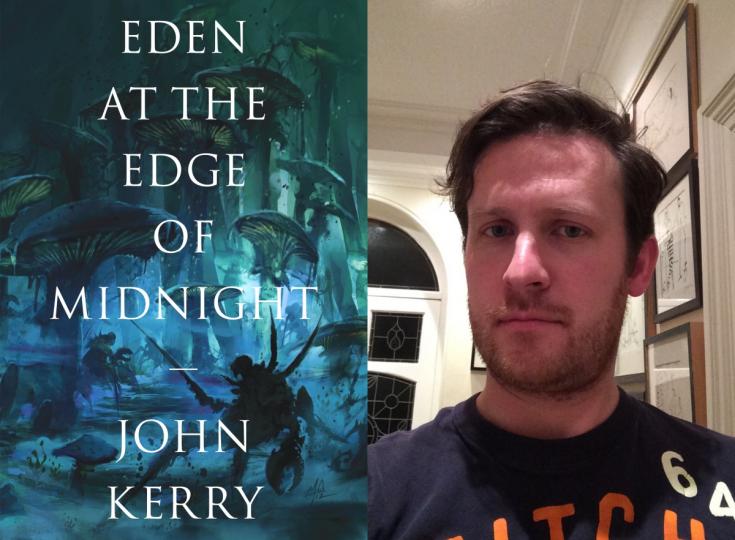 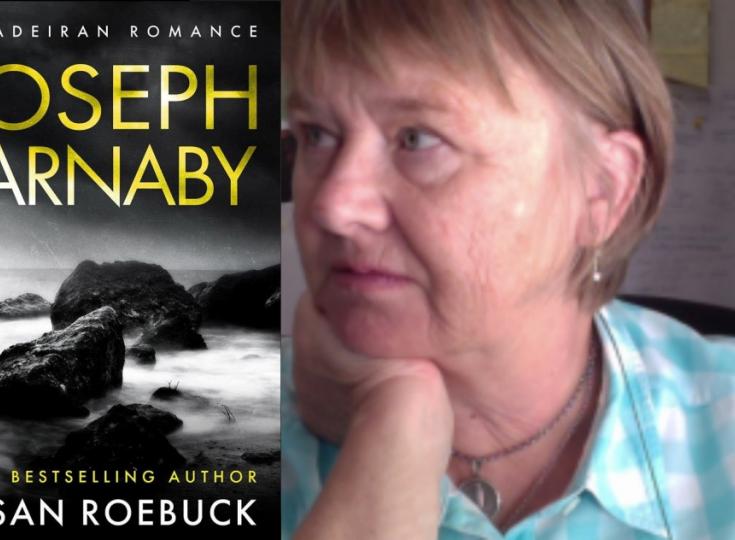