"The ways in which books have changed my life... caused me to want to be able to do that for someone else." Michael Lister has a love for language, stories and literature that started with the books he read and the Southern storytelling tradition. Lister's suspenseful, tense thrillers are crafted in such a way that the reader can't help but feel compassion for the characters. His new series, Clataclysmos, is no exception - the characters seem very real, very relatable and very human in situations where they are forced to make tough choices. In this interview, Lister talks about how books have changed his life, how readers influence his work and what it takes to become a multi award-winning novelist.

Give us some background on Clataclysmos. Why is it a series our readers won't be able to put down?

Clataclysmos is a fast-paced, post-apocalyptic thriller being published in serial form. Each book is like a season of television, each part like an episode. It’s a realistic, reimagining of a world I know well—my world. I’m a character in the book. So are many of my family and friends. We’re all side by side with fictional characters I’ve created to roam this bleak new world.

You are known for your suspense thrillers in contemporary and historical settings. What drew you to doing a sci-fi series set in a post-apocalyptic world?

I’ve wanted to write a post-apocalyptic thriller for a very long time now, but the moment I read Cormac McCarthy’s The Road I knew I would. I wrote a novel titled Double Exposure in 2008. The amazing and generous Michael Connelly became a fan and supporter of it, even writing an introduction for the novel. It won my first Florida Book Award and is now being adapted into a feature film. It’s my bestselling and most popular novel to date. Clataclysmos, in both style and plot, is the closest thing I’ve written to it.

Apart from Clataclysmos, you already have two excellent ongoing series: the Prison Chaplain John Jordan "Blood" series and the 1940s noir Jimmy "Soldier" Riley series. How much of a challenge is it to work on three series at once and keeping track of what is happening in each?

Each world is so different. So are the characters who people them. I have no trouble keeping them separate. But I also never work on more than one at a time. Each series and their characters exercise different writing muscles for me and each fulfils me as a writer in different ways. I can’t imagine writing a single series. I thoroughly enjoy writing all of these series and hope to get to do so for a long time to come.

After publishing your very first book, in what ways has your life changed?

My first novel, Power in the Blood, was published in 1997. Before it was published, my goal was to be published before I was 30. I turned 30 6 months after it was published. After it was published, my goal was to be a full-time novelist—something that happened in 2000. I love writing novels. It feels like what I was created to do. It’s the only thing I do that I don’t feel like I should be doing something else. Getting my first book published and the reception it received led to my having the life I wanted to have—the incredible privilege and gift to spend all day every day doing what I love. Writing novels and sharing them with my readers is something I feel truly blessed to be able to do. It’s no exaggeration to say that it changed my life—or, more accurately, that it began the process. It was the first of a thousand things that have happened with my writing and its reception that have changed my life—slowly, incrementally, irrevocably.

You are a multi award-winning novelist. What advice would you give to an aspiring novelist?

Read and write. Study writing. Read good books. Study them—take them apart and put them back together. Figure out how the best do it. Write. Write. Write. Become an apprentice. Get good quality feedback. Learn from it. Edit. Edit. Edit. Rewrite everything. Over and over. Always, always, always work with an editor. Don’t publish the first projects you write and don’t publish the first draft of anything you ever write. Becoming a good writer is an arduous, idiosyncratic procedure. It’s a slow process we all have to figure out on our own with the help and guidance of great books and other authors.

Many successful authors start out as avid readers. Are there any authors (living or dead) whose work made a great impact on your writing? 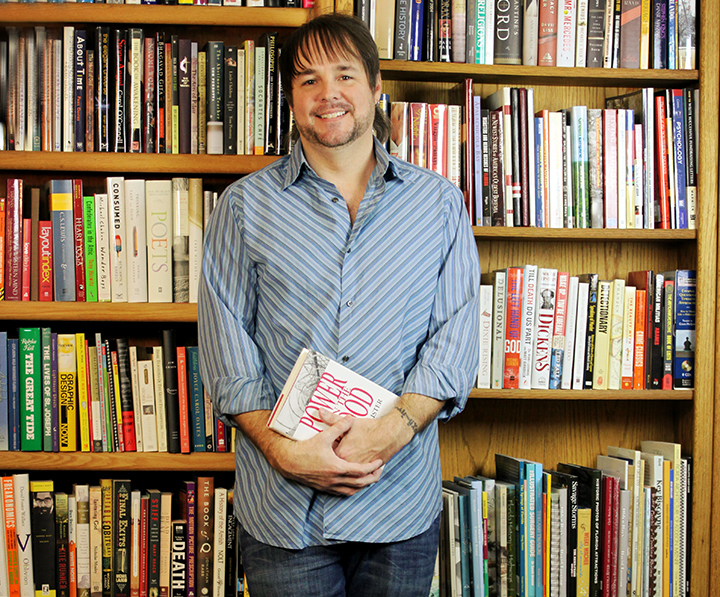 Is there an underlying message in Clataclysmos? How much do you think would an apocalyptic event reveal about basic human nature?

That’s a great question—actually all these are (thank you for that). And that is the question of the series—how do we respond? How do ordinary people—me and my family and friends and the fictional characters I create—respond to extraordinary events? Can we hang onto our humanity in the most inhumane situations and circumstances.  It’s a question I also ask about the environment of prison in the John Jordan “Blood” mystery series and the environment of war—though mostly on the homefront—in the Jimmy Riley “Big” noir mystery series. I’m also asking what we’re willing to do to survive and what we’re willing to do to save our loved ones.

You have already released Parts 1-3 for Clataclysmos Book 1. What can we expect to see next in the series?

Book 1 Parts 4 and 5 come out today. They will complete Book 1. Book 2 Part 1 will be out soon. I should also say that right now Part 1 is free and Parts 2 and 3 are on sale a greatly reduced price.

Do reviews and feedback from readers affect your work? Or do you think it is better to avoid the feedback to prevent it from interfering with your creativity and vision?

I listen to what reviewers and readers say. I try to stay open to all input. Some of it has been very valuable. Feedback lets you know readers’ perceptions, which is reality for them. It lets you know if what you’re attempting to accomplish is working for them—or at least for enough readers for you to be comfortable with.

Tell us a bit about your writing routine. Do you aim for a set amount of pages or words per day?

Where can readers discover more of your work?

www.MichaelLister.com Right now readers can try the first 2 books of both of my other series for free by joining my Reader’s Group. Here's a link to my Amazon page: http://www.amazon.com/Michael-Lister/e/B001JP9T3O

Here's a video I made about why I write and read: