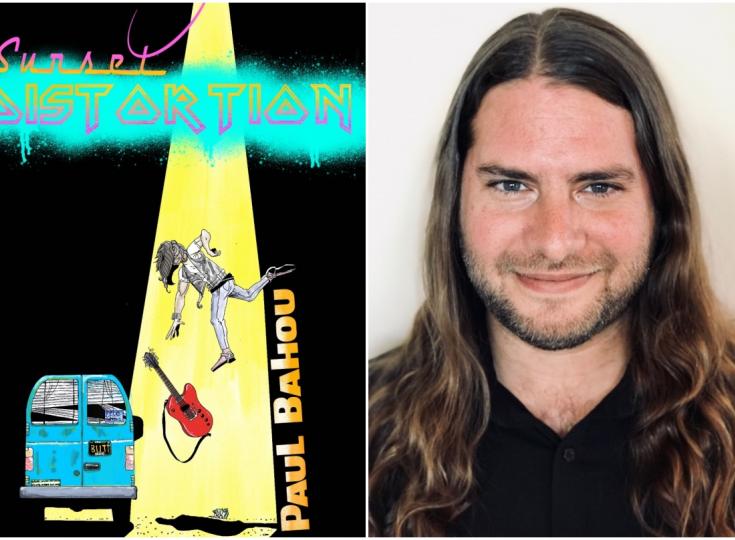 Paul Bahou is the author of Sunset Distortion: The Pyramid at the End of the World. He holds a B.A. in Political Science from Cal State University Long Beach with a minor in music. He began his career writing grants while playing in his rock band, eventually moving out of music and into the sustainability sector. He lives in Southern California with his wife Melissa, daughter Sophie and son Harrison. He writes fiction, music, and the occasional dad joke in his spare time. As our Author of the Day, he tells us all about his book, Sunset Distortion.

Please give us a short introduction to what Sunset Distortion is about.

Sunset Distortion is a five-part series, the first book of which is called “The Pyramid at the end of the world.” It follows thrash metal guitarist Lazer on his odyssey through space. It’s a story about Aliens, Rock n Roll, and our collective need to belong.

What inspired you to write about a middle-aged guitarist who plays in an 80's hard rock cover band?

I wrote this story for a college creative writing class in 2004. It was crude, with little character development. There were more sci-fi cliches in that draft that I thankfully replaced with some more unique characters and story elements, but hey, I still got an A on it. This story was developed into a comic book a few years later with a friend, but never finished. After my band broke up in 2015 I needed a new creative outlet. Putting a bunch of musicians together is notoriously hard, so I wanted to try something different. I spent the next five years developing the 17k word story into a fleshed-out novel.

Tell us more about Lazer. What makes him tick?

Lazer is a man who never gave up on the dream of rock and roll. If you’ve ever played in a band, you know how all-consuming it can be. The push to “make it” can invade every aspect of your life. Lazer is his music, but in turn, he’s living in arrested development. It’s one thing to be 45 and play in a band. It’s another to try to live that experience as if you’re 20. He ultimately knows true rock stardom is never going to happen, but he more than enjoys the trappings of the lifestyle. It is comfortable for him to a fault. But all of this is challenged once he’s abducted by aliens. He’s broken out of this loop and forced to survive this really chaotic journey.

Why did you decide to involve an artifact in your story that gives its possessor "infinite life"?

The thought of living forever is fascinating and is something that’s been explored in many ways in story-telling, religion, and literal quests to live forever, but in terms of the Aperture Parallax, the artifact in the story, it’s not really about “infinite life” in the literal sense. The aliens in the story have already cracked anti-aging, so that isn't the motivation here. You’d have to read the book to see what the artifact actually does, and more importantly, what it means to Lazer.

I play bass and guitar and write music. My most recent band was called “The Infamous They.” Before that I was in a band called “Inverse.” I used to paint a lot and through my work in sustainability, I could probably answer any random question you have about recycling. Anybody who knows me knows these things about me though, so I wouldn't call them secret. I’m pretty decent at Risk. I’ll roll right through your shoddy excuse for an empire. I'm also pretty good at making breakfast. It's probably one of the reasons why my wife puts up with me.

Cool cover - do tell us more about how it came about.

The cover was done by Wesley Strawther. He was my original artist for the comic before it fizzled out. He’s a great artist and we go way back. For the cover, I always wanted Lazer in the act of being abducted outside of the club. It’s a pretty straightforward statement in terms of what you can expect from the book. If the sentence “Rock and Roll guy gets abducted by aliens.” Intrigues you, then I think this cover should convey that.

I absolutely love the editing process, as you stitch your various ideas together and sand down the rough form of your initial story into something with more meaning and nuance. The act of telling the story in of itself is its own reward. It clears the cobwebs in the brain. I also love my morning drives to work. I’ll throw on some music and let it help me develop where my characters are going to go next.

Why did you title this book "Sunset Distortion"?

Sunset Distortion is the name of the music magazine that kind of exists as this tie between the musical and sci-fi aspects of the story. The magazine will pop up from time to time throughout the series. It’s almost like a minor, yet recurring character.

I don’t tell my characters where to go so much as I’ll stick them in various scenarios and let them figure their way out. If a character is developed well enough, their personality and motivations should be able to push the story forward. If I ever get in a rut, I’ll go to a different part of the story and work on that. Fleshing out that separate section may give me a spark as to how to get around my previous roadblock. I don’t necessarily approach my writing from a linear perspective.

Are any of the characters in the show inspired by people you know?

Of course. We write from experience and the most honest characters tend to be based on some version of reality. Lazer is an amalgamation of my dearly departed friend Ross, my brother Dan and some of my own bits of weirdness and experience. Streek, Lazer’s anxious alien sidekick is inspired by a friend I had in college. Zizi, the subterranean gremlin that acts as Lazer and Streek’s guide is based on my daughter Sophie. She’s three and a half and is also something of a tiny feral monster. The character of Zizi started as more of a pet, but during the editing process, my daughter started walking and talking and showing her chaotic streak. It had a definite effect on how I approached that character on my later pass-throughs.

Did you plan out your story before you started writing, or did some of it just "happen" along the way?

I’ve been writing for a long time. I wrote grants professionally for ten years and wrote the political column for Smash Magazine for four or five years. Between the college-level short story, the comic, and various iterations of the novel, the story has been approached from front to back and then in reverse. The B story that follows the saga of Dex is a good example of the kneading of the dough so to speak. It was part of a chapter, then its own chapter, then a series of small chapters that helped tie the story together. I don’t know if that really answers the question. I have major scenes in my head and then I let my characters bridge the gaps.

I write in bursts. Right now my wife and I have a toddler and a six-month-old, so between them and my company, my window to write has been tight lately. I try to give myself as many opportunities to sit with my laptop as possible, and my wife is very supportive, but parenting has been more time-intensive of late. I am about 50k into book two, however, so progress is being made.

I’m working through my first draft of the next entry in the Sunset Distortion series. I have also finished a children’s book, though my artist is on the other side of the planet right now, so its on the back burner while I focus on Lazer’s next adventure. I've got a few horror stories I've started as well.

Even though I’m a millennial I’m not great with social media. I have a Facebook page called “paul bahou writes.” Find me there, say hi, I'll say hi back! I’m still getting the website going and Tik Tok seems like a lost cause for me. The novel itself is on amazon. You can also hear The Infamous They on Spotify. I’m pretty proud of that record. It was the first one I produced. 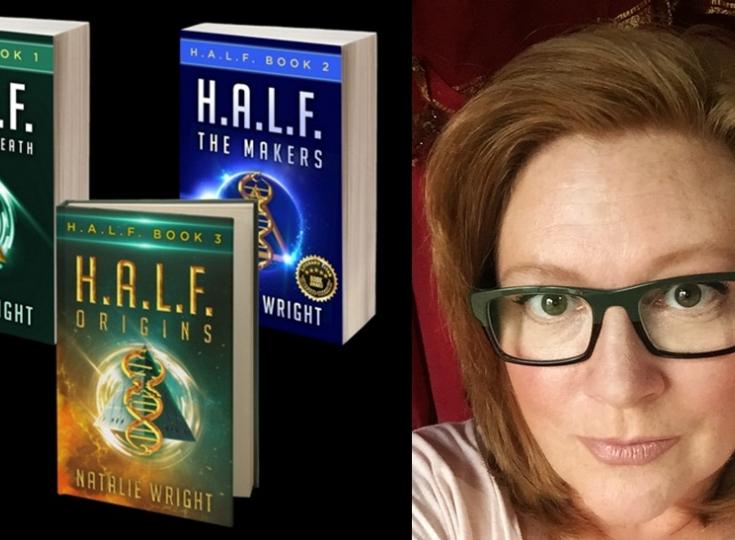 Natalie Wright - Delving Into the Mystery of Grey Aliens 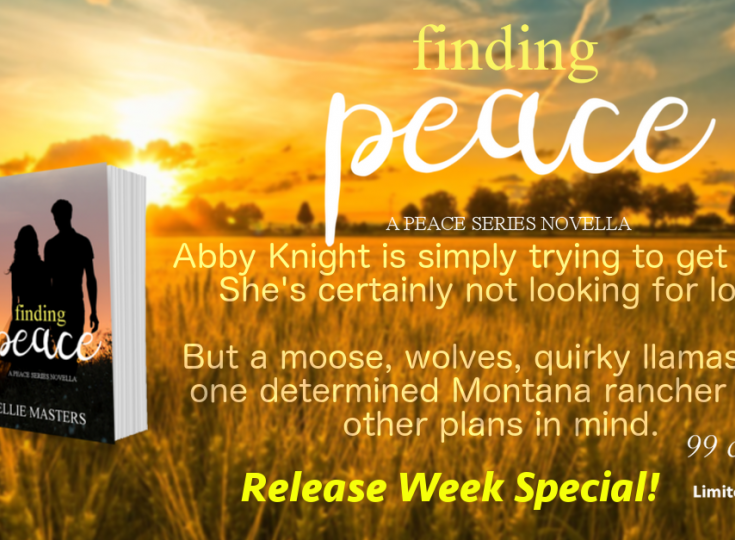 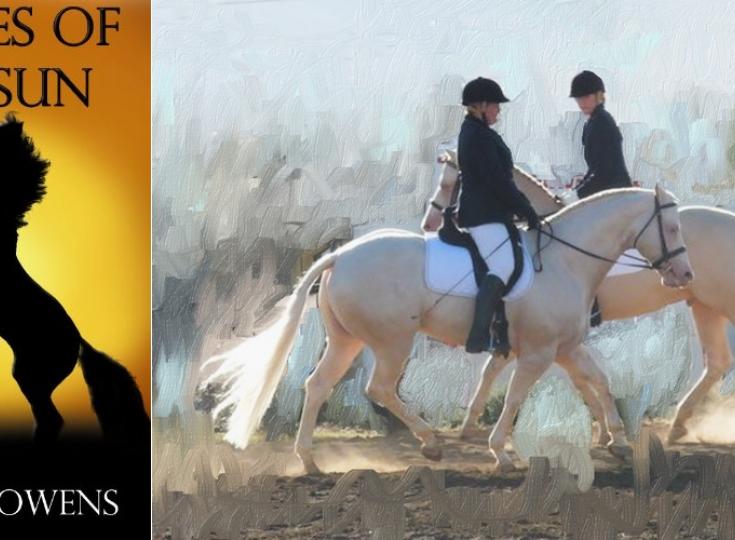 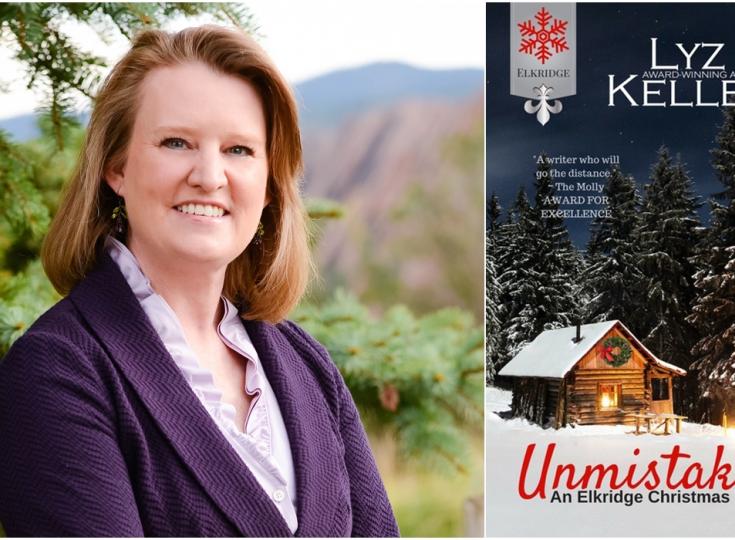 Lyz Kelley - A Birthday and a book launch
Sign up