Ryburn Dobbs - Forensic Mystery, Police Procedure and Character Study, With Dashes of Comedy and Romance
Posted on 3rd of January, 2021 by Naomi Bolton 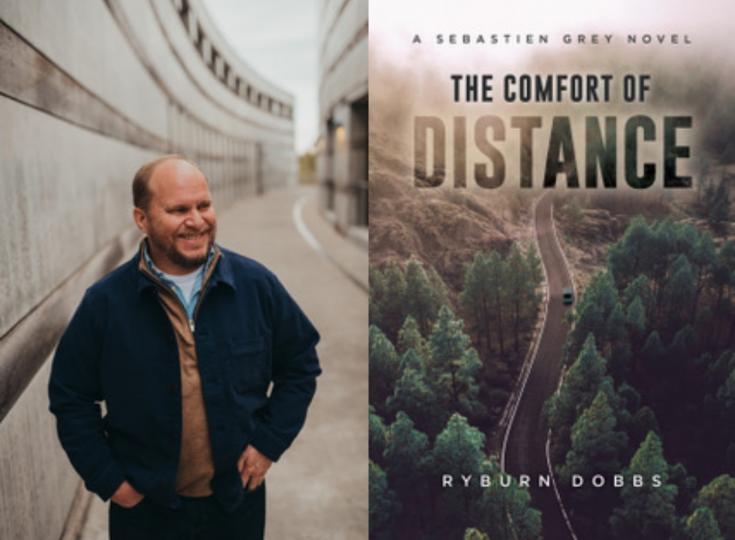 Ryburn Dobbs taught anthropology and consulted as a forensic anthropologist for over a decade in the San Francisco Bay Area. In addition, he has nearly two decades of experience analyzing serious crimes for law enforcement, including homicides, unidentified human remains, and missing persons. The Comfort of Distance is his debut novel. As our Author of the Day, Dobbs tells us all about his book, The Comfort of Distance.

Please give us a short introduction to what The Comfort of Distance is about.

The Comfort of Distance is about a forensic anthropologist who battles his own mental disorder to help his detective brother solve some particularly difficult cases in South Dakota. Over the course of the book, the anthropologist, Dr. Sebastien Grey, forms new relationships, re-kindles old ones, and grows a bit more confident. There’s murder, a mountain lion, lots of forensics, a bit of police procedure, as well as a few moments of comedy and a tinge of romance (the last two not on purpose). 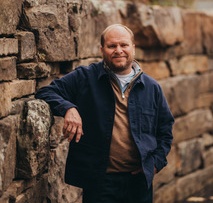 I always wanted to write a novel and I finally got up the courage to try. Once I started, I was having so much fun I couldn’t stop. Plus, I think the tipping point for me was the realization that I have a lot of really interesting personal experiences that could form the framework for a great story.

Why did you pick the wilderness of the Black Hills as the backdrop for your story?

Three reasons: first, the Black Hills make for a vivid setting with lots of potential for the reader to get drawn in. Secondly, a mountain lion plays a small but important role in the story and the Black Hills provide that element. And lastly, as a relatively contained setting, it allowed me to focus more on characterizations and dialogue and less on geographic movement. If that makes sense.

Tell us more about Sebastien Grey. What makes him tick?

Sebastien is a strange duck. On the one hand he is relentlessly empirical, hyper-scientific. He’s very good at seeing things others do not and connecting things together that seem unrelated to most. On the other hand, his thoughts about himself and his place in the world are not evidence-based at all. This lack of consistency makes him particularly interesting and complex.

You are a forensic anthropologist. How has this influenced your writing?

It had a major influence on writing this particular story. All of the forensic elements are based on my own experiences. The techniques Sebastien used are straight from my real cases, as well as the descriptions of trauma, etc. Essentially, my experiences allowed me to set up those scenes and buzz right through them with no research at all. I also think that the years I spent explaining scientific/technical things to non-scientists (mostly law enforcement) help me make those parts of the story more accessible to the reader. At least I hope so.

I taught biology and anthropology for about a decade. I’d like to think I’m an above average teacher.

Why did you decide to title this book "The Comfort of Distance"?

The title refers to Sebastien’s coping/avoidance mechanism when he is overwhelmed by his social anxiety.

“And so, the farther he got from familiar people, the more comfortable he became. The social expectations decreased in direct proportion to the distance one traveled from his core area, he found. The stranger in the restaurant, the alien face in line at the gas station, the passerby—these held no terror for him, as long as he did not have to engage. The phenomenon was so reliable and consistent that Sebastien even gave it a name—the comfort of distance. And he could use some distance now. He was ready for a road trip.”

Some readers say that Grey has hints of Holmes. Was this intentional?

I was surprised to hear that, because I did not intend it. It is a compliment, I suppose. I think the similarity rests with both character’s capacity for deduction. Although, Sebastien isn’t nearly as broad in his knowledge as Holmes; or as bold for that matter.

This is the first book in the Sebastien Grey series. Can it be read as a standalone? How do the other books in the series tie in with this one?

I do think it can be read standalone. In fact, it was not meant to be a series at first. There really is no cliffhanger at the end (spoiler alert), except in regard to what Sebastien’s next move will be. And I think that could be left up in the air without too much heartburn as far as readers are concerned. But the characters are so interesting (to me, anyway) and the book so fun to write, that I’ve already started the next one.

There is a very minor reference in the first book that ends up kicking off the second book. I added that in after I decided to make it a series. I needed something for Sebastien to do while I set the stage and get the character of Detective Tiffany Reese ready for the next set of adventures. I’m being cryptic on purpose. But I know, on a basic level, what will happen in the next two books.

Absolutely. I had no intention of Sebastien developing a romantic interest in Tiffany (or anyone else). I guess she was just too darn charming for him to resist. I swear, that guy. Rudy Goodwin, one of the antagonists, went a little off the rails too. It’s fascinating how these characters just impose their own will as I write them.

What is your favorite line from the book, and why?

“One day I hope you’ll give yourself permission to be different, Sebastien. You’ll be happier.”

This is a line that Tiffany speaks to Sebastien toward the end of the book. I like it because it is both true and powerful – and I probably needed to hear it.

Interestingly, and despite what most writers advise, I don’t write early in the morning. Really, my brain isn’t ready to write until later in the day. This works out pretty well since I have a regular job and need to write after that’s done. But even if I didn’t have other obligations, I suspect I would stick with writing in the afternoon. I also find that I need to take regular walks to get the ideas flowing. I could be completely stuck, without a clue as to where the story should go, and an hour walk later I’ll have everything all mapped out in my head. It’s really strange how that works.

The as-yet untitled second book in the Sebastien Grey series.

I’m on Facebook and Instagram, although I’m not very good at social media – which is a problem. Hopefully, people will connect and interact, and I’ll learn to be better. Also, my website has a contact form, and you can sign up for my newsletter there as well. I also have sample chapters of The Comfort of Distance on my website, in case anyone would like to take it for a test-read. Here are the links: