Steve Curry - When Fate Drops a Supernatural Murder at Your feet

Steve Curry - When Fate Drops a Supernatural Murder at Your feet
Posted on 13th of March, 2021 by Naomi Bolton 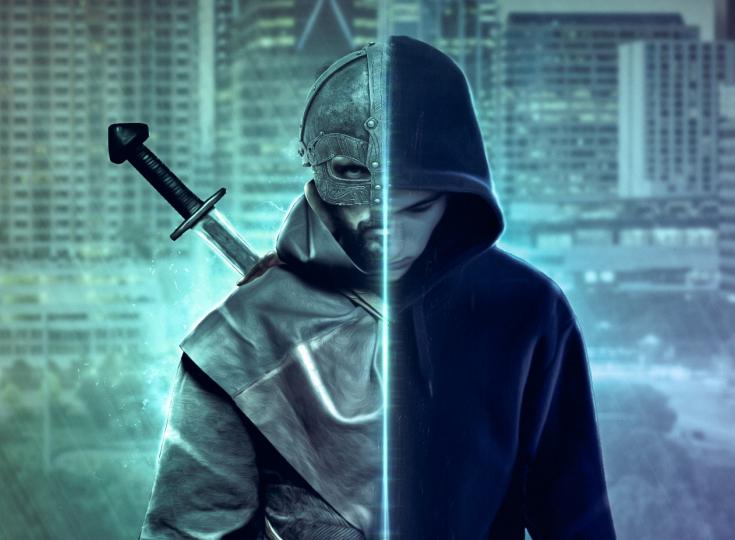 From the US Army Chemical Weapons program to wearing the Chef's hat in high-end resort kitchens, or working as a Respiratory Therapist all over America, Steve plugs real tidbits into his fantastic and fictional worlds. His style has been influenced by such diverse writers as Jim Butcher, Alistair MacLean, Craig Johnson, Robert B Parker, Andre Norton or Louis L'Amour. As our Author of the Day, he tells us all about his book, Austin Wyrd.

Please give us a short introduction to what Austin Wyrd is about.

A simple doorman/bouncer at a heavy metal bar in Austin finds the body of a murdered drummer behind the bar. First his boss is a suspect, the Magnus himself. If that wasn't enough to make him look for answers, there's the fact that Magnus is one of Odin's Chosen warriors who has been hiding from Valhalla and his own Valkyrie since the day she accidentally left him still alive on a battlefield in Vietnam. 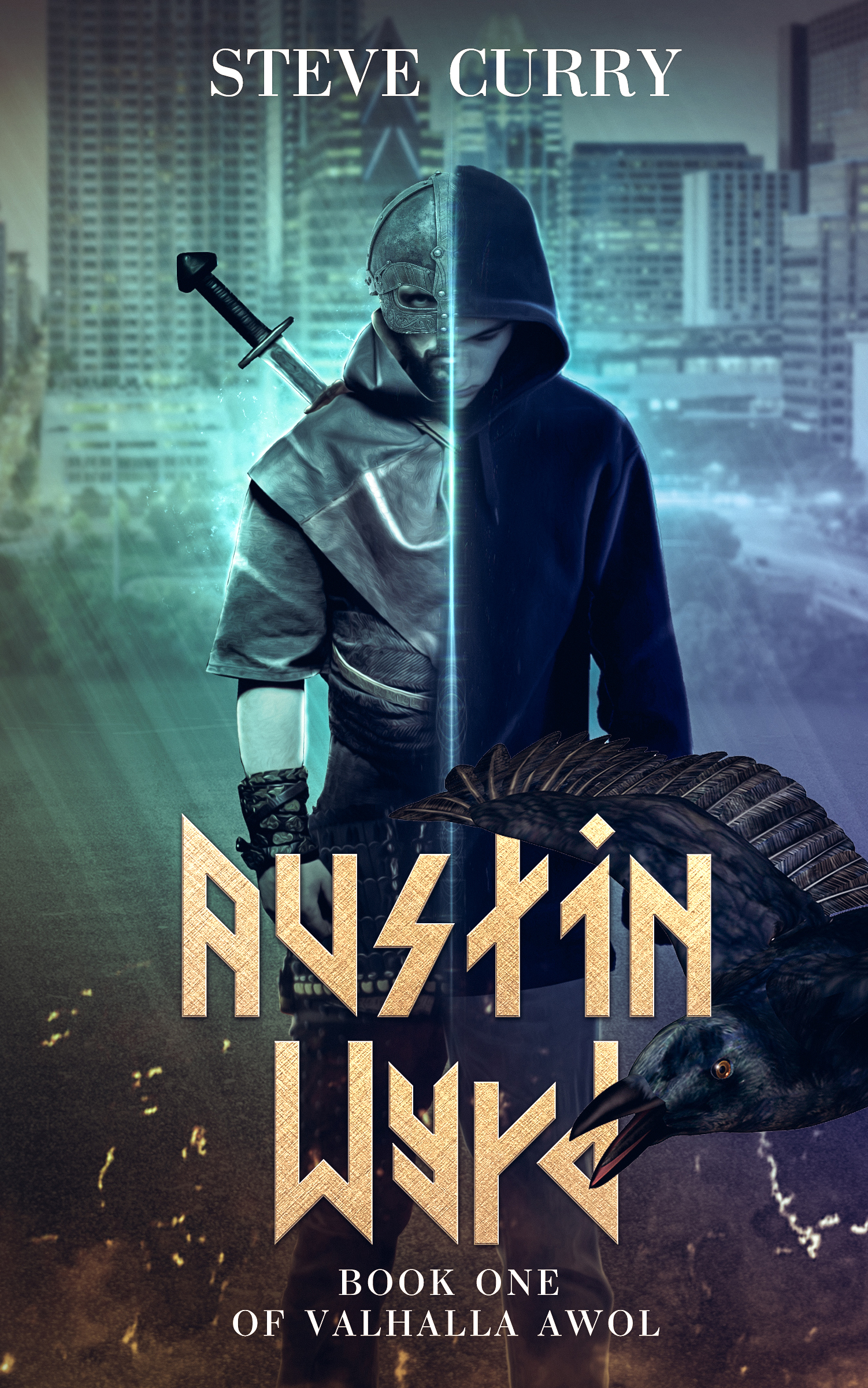 What inspired you to write about a bouncer at a Metal/Goth bar?

The Bouncer angle was just a cover for a guy trying to stay under the radar from supernatural and more mundane people who might become interested in his past and the special abilities that come with his previous job.

Tell us more about Magnus. What makes him so special?

I took a bunch of liberties with Norse Mythology. Magnus is one of Odin's Chosen Warriors, or an Einherjar. The Valkyrie use their Chosen to sway events, combat enemies, and as playing pieces in wars and power struggles all over the world. These soldiers are giving up-to-date weapons training and enough information to do whatever job is at hand. They are also abnormally tough, hard to kill, sturdy, whatever you want to call it. Magnus adds to that bevy of gifts by developing some skill in Runic magick. He's a little anachronistic as he was first slain around a thousand years ago. So he's not always in touch with the time period or contemporary ethics. But he normally has good intentions.

Why did you decide to involve a pet raven in the story?

Ravens are fascinating creatures with fair representation in myths legends and stories from all over the world. Odin the All-father has two ravens, The Celtic death goddess Morrigan had an affinity to Ravens, and even certain groups of Aboriginal Americans viewed them in a supernatural light. Rafe, Mag's bird, became a fan favorite despite the fact that he only said a handful of words in the first two books. Maybe the highly appropriate timing to his obscenities and insults are the secret to his success! So now he has developed and plays some major parts in later novels, though his sarcasm and sass didn't get any nicer with more lines.

You have held very different types of jobs. How have these life experiences influenced your writing?

I'd say that a wealth of life and career experience just adds to the flavor and details a writer can include in his work. Knowing the lingo, the procedures, and protocols, all of that lends itself to immersive credibility in building a scene. If I mention an odd technique to stop a sucking chest wound, it's probably worth looking into lol. The same for weapons, military experience, and of course the food. Recipes are even a constant in my rare newsletter offerings. I often joke that all I got from Culinary school was some great stories and a huge student loan debt.

As mentioned previously, I can pull off a diverse selection of delectable cuisines. I'm a decent shot, cool hand in a medical crisis, and I studied runes and Norse beliefs extensively. At one point I could teach classes on runes or give you a reading!

Readers say they found your characters interesting and relatable. How did you pull this off?

A few of those characters are just bits of my own personality blown up and fed to lifesize. Some of the others are people I know or a combination of people I've known. The truth is, the events of a story provide the bones, but the dialogue and character interaction is the flesh and blood that builds it into something people want to get to know.

Originally, I'd have said Jackson the cop. I have no law enforcement experience, nor have I ever been a black man. There are aspects of his personality that I'm still not sure about even after talking to people who would know more about his origins. But I discovered I didn't do justice to one of the female characters in the series. At one point I had planned to bring her back as a possible romantic angle or foil. However several of my readers have made it clear that any such endeavor would take a TON of work. Somehow I made that character very unlikable, even more so than I ever intended to.

I wanted a good scene of Austin Texas, with a main character that showed a modern side, and his ancient warrior side, in addition, the whimsy of Rafe needed to be present. My cover artist of Fiverr did a great job, even though we had a couple of revisions with the bird and with losing the stature of Stevie Ray Vaughan I had requested. Being a native Texan, sometimes I overestimate the recognition of some of the Lonestar state's favorite sons. Most people thought Stevie Ray made it a western or had something to do with Clint Eastwood!

This is book one of the Valhalla AWOL series. Can it be read as a standalone?

All the Books can be read standalone, although the further you get into the series, the more information might pop up that relies on previous books.

What's average?? I guess I average a pot or two of coffee a day. Other than that, my writing schedule is mutable and sometimes even frustrating. On my best day I got 10k words down. Some days I'm lucky to get a few hundred. For a while, I tried running two series at a time so I could bounce back and forth whenever the storyline would lose its cohesion. Now though I try to maintain focus.

I most whimsically call it a "Theocratic Ray-punk Space Opera" The working title is Nobody expects the Spanish Inquisition. Oddly enough, the work isn't as humorous as I had intended. I willingly admit I borrowed a name from another author. A trivial character from an Alistair MacLean novel loaned me his name. The next thing I knew, old Alistair hijacked my funny space opera and plugged in a whole new level of intrigue and espionage. But I still have Otto, the venomous, empathic space monkey who sometimes enjoys a nice piece of fruit or a snack of human flesh.