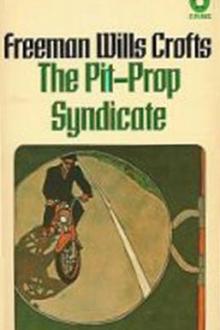 Another brilliantly ingenious detective story by the author of The Ponson Case. The mystery of the real business of the syndicate utterly baffled the clever young "amateurs" who tried to solve it, and it took all the experience and perseverance of the "professionals" to break up the dangerous and murderous gang.

ice was sharpened as from anxiety. "Won't you come and see him about the petrol?"

He looked at her curiously. The smile had gone from her lips, and her face was pale. She was frowning, and in her eyes there showed unmistakable fear. She was not looking at him, and his gaze followed the direction of hers.

The driver had come out of the shed, the same dark, aquiline-featured man as had passed him on the bridge. He had stopped and was staring at Merriman with an intense regard in which doubt and suspicion rapidly changed to hostility. For a moment neither man moved, and then once again the girl's voice broke in.

"Oh, there is father," she cried, with barely disguised relief in her tones. "Come, won't you, and speak to him."

The interruption broke the spell. The driver averted his eyes and stooped over his engine; Merriman turned towards the girl, and the little incident was over.

It was evident to Merriman that he had in some way put his foot in it, how he could not imagine, un 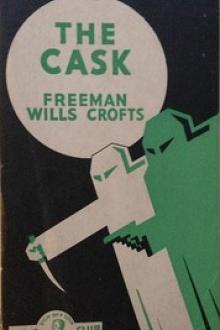 Dai Alanye
3
Good puzzle-type mystery with an involved plot that keeps not only the reader but the characters guessing. Goes into great detail in regard to both the crime and the detecting. Extraneous detail slows parts of the tale.

Yes, it's baffling, and for some time the professionals are just as baffled as the amateurs. But trespass, illegal entry and an analysis of paperwork eventually solve all the puzzles.

Carter
2
This was fairly tedious and repetitive, as other reviewers mention. I found myself skipping over pages and pages of re-told stories, to the point where I wondered if this was a literary device I was missing the point of. But it wasn't. Not the best mystery on manybooks.
03/28/2009

..dt..
4
An excellent 20's thriller with wonderful atmosphere and great pace to the writing. My only real criticism is that it occasionally strays into repetition due to the mystery being relayed to new characters.
01/12/2009

albiorix
5
This is Crofts' third novel and it's excellent! Mystery, suspense, murder and a bit of Grimm romance (man meets woman for five minutes and 'must' marry her), everything a great novel needs. The plot is well developed and keeps you guessing about the real ploy of the Syndicate. Subtle hints are provided along the way to encourage an astute reader to solve the mystery themselves. This book is in two parts, basically amateur and professional detection, the prior being more drama and the latter being more methodical detective work. The whole story is well conceived and a very enjoyable read for mystery fans.
01/09/2009