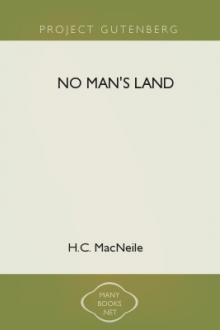 but they were happy, those poilus. What matter anything, bar killing the Boche? And that was the only thing in the air that night. . . .

In every carriage it was the same, until suddenly there came salvation. A horse-box, with two horses in it and some grooms singing the Marseillaise, loomed out of the darkness, and into it the fed-up wanderer hurled his bag. Yet again did he embrace every one, including the horses; and then, overcome with his labours, he sank into a corner and laughed. And it was only when they had been under way for two hours that he remembered his two other bags, sitting alone and forlorn at the Gare de Lyon. . . .

It was a great journey that. The heat was sweltering, and they stopped at every station between Paris and Marseilles--generally twice, because the train was too long for the platform. And at every station the same programme was repeated. Completely regardless of the infuriated whistles and toots of the French conductors, absolutely unmindful of the agonised shouts