Alicia Anthony - The Cost of Truth and the Price we Pay for Love
Posted on 23rd of October, 2020 by Naomi Bolton 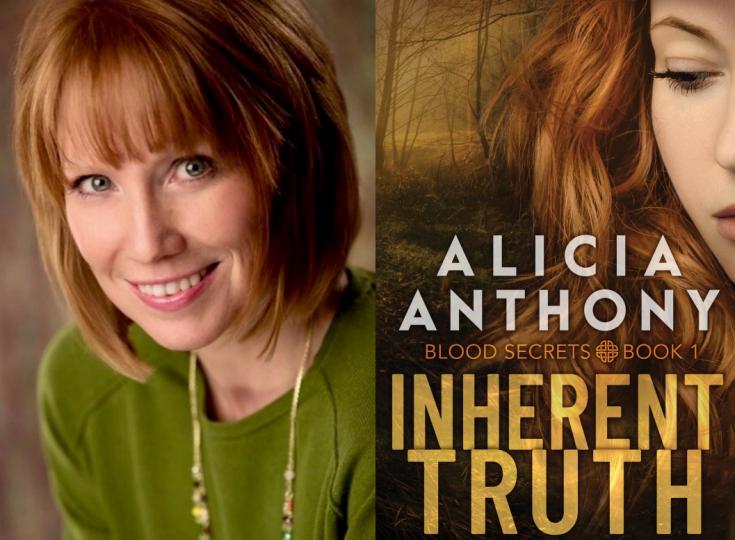 Alicia Anthony’s first novels were illegible scribbles on the back of her truck driver father's logbook trip tickets. Having graduated from scribbles to laptop, she now pens novels of psychological suspense in the quiet of the wee morning hours. A full-time elementary school Literacy Specialist, Alicia hopes to pass on her passion for books and writing to the students she teaches. A two time Golden Heart® finalist and Silver Quill Award winner, Alicia finds her inspiration in exploring the dark, dusty corners of the human experience. Alicia is a graduate of Spalding University's School of Creative & Professional Writing (MFA), Ashland University (M.Ed.) and THE Ohio State University (BA). Go Bucks! She lives in rural Ohio with her amazingly patient and supportive husband, incredibly understanding teenage daughter, two dogs, three horses, a plethora of both visiting and resident barn cats, and some feral raccoons who have worn out their welcome. When she's not writing or teaching, Alicia loves to travel and experience new places. As our Author of the Day, she tells us about her book, Inherent Truth.

Please give us a short introduction to what Inherent Truth is about.

Inherent Truth is the first in the Blood Secrets romantic thriller series about the cost of truth and the price we pay for love. It’s the story of Liv Sullivan, a reluctant psychic beckoned home from beyond the grave to uncover a web of long-buried secrets and lies. But when a chance encounter with a local detective leads to a gruesome discovery at her family farm, Liv’s innocence is called into question. With love on the line and her own secrets threatened, Liv searches for truth. But as it turns out, some family secrets are best left buried.

Was there anything in particular that inspired this story, that made you want to tackle this?

This book is dedicated to my grandmother, and there’s a reason for that. My grandmother and I had a very close relationship. She was a painter and really instilled in me the value of the creative process at a young age. But it was her dementia diagnosis and eventual death that really sparked the idea for Inherent Truth. I wanted to explore the idea of how secrets could live on, even after the death of a loved one, and I wondered how even secrets taken to the grave might continue to impact the living. So I have her to thank for the inspiration. 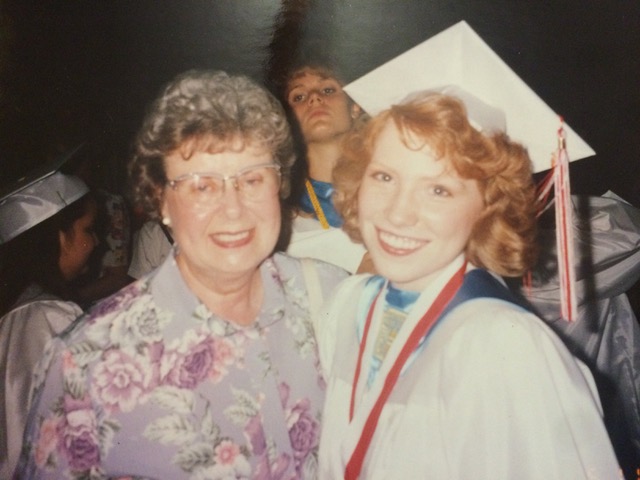 Tell us more about Liv Sullivan. What makes her so special?

Well, she’s psychic, so there’s that. But she's been through a lot emotionally because of that. I think she has some really complex emotions centered around her self-worth and what it means to be worthy of love. She also has a strained relationship with her parents, especially her mother, and we learn a lot about her internally during those interactions with her mom.

On the surface, Liv is a loner and doesn’t put a great deal of trust in the human race. And in Inherent Truth she’s really trying to find her place in the world. Ridge acts as a real catalyst for her. He forces her out of her shell a bit and that growth is really good for her. But unfortunately, the past will come back to haunt both of them as the series progresses.

Ridge is probably the most complicated of the Blood Secrets characters and as the series progresses we learn more about the why behind some of his choices. But in Inherent Truth, he’s very much driven by his sense of duty. Unfortunately (or maybe it’s fortunately) for him, Liv steps into the picture and mucks things up a bit, reminds him that love exists. Their relationship forces him to make some really difficult choices between love and loyalty.

Have you always known you wanted to be an author?

I’ve been a lot of things, actually. I’m an elementary school reading teacher by day and have done that for the last eighteen years or so. But I started out with a degree in communications and my first job was actually in the advertising industry. I bounced around from there until I landed on teaching. I’ve always been a writer, though, and I’m definitely more comfortable writing than speaking. But, no, I didn’t always know. It was definitely a dream that dug its claws in later in life. If I had it to do over again, though, I would have started much sooner. 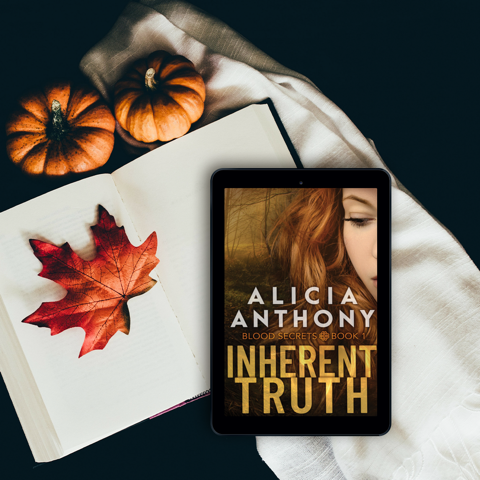 I can sing, probably not so great anymore, but I did musical theatre and participated in show choir as a kid and I still enjoy singing. Other than that, I’m afraid I’m not all that talented. Although, my daughter claims I can read people really well, and I think she’s right. I get kind of a sixth sense about people and have a pretty high accuracy percentage on sniffing out the phonies and the fakes.

Family secrets are an important theme in this book. Why did you take this approach?

I think the reasons go back to what inspired the story in the first place. When I started this trilogy I was at a point in my life where I’d lost a couple people who were important to me. And I was mourning the loss of all those memories–secrets, if you will–that were lost to me forever. But I think all families have secrets to some extent, so it seemed a really universal way to tell Liv’s story.

This is the first book of a trilogy. Did you plan from the start to make this into a trilogy?

Not from the very start. I think I was about halfway through book one before I realized I wanted to create a trilogy. A mentor encouraged me to go that route and once I did, it really freed me up to explore different threads of the story in greater depth. Overall, it allowed the characters space to show me where they wanted to go. 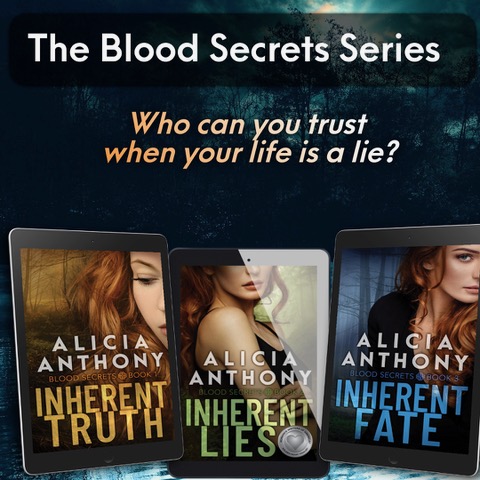 Are you a plotter or pantser? The book contains some unexpected twists... did they just "happen" while you were writing?

I am an absolute pantser. And yes, those twists come very organically for me. I’ve tried different plotting methods, but they never work out. Either I get tired of the story because I already know what happens, or it starts to feel contrived or predestined, which is something I try to avoid. I love to read unexpected twists and I hope to deliver them in my own work. The best way I’ve found to do that is through my own discovery. Even if it does extend my revision process, the outcome is worth it to me.

Ridge McCaffrey, the hero of Inherent Truth and the Blood Secrets Series, was probably the most difficult for me. He’s an incredibly flawed character and I struggled to maintain the balance between his internal demons and his good side. It was important to me that he retain an element of goodness in the reader’s eyes, even when his inner demons take over.

If you could talk to dead people, who would you want to interview?

This is a no-brainer for me. I’d interview my grandmother, who was actually the inspiration for Inherent Truth. I’d love a chance to ask her all the questions I never thought to ask while she was still here.

Like I mentioned, I am an elementary school teacher by trade, so my writing days have to be pretty structured. I get up very early and write from about 3:30 - 6:00 AM before school. Depending on the stage of the project, I can usually get a couple thousand new words during that time. Structuring my day this way really helps me stay focused on the story and starts my day off on a good note so I can dedicate the rest of my energy to the students I teach.

I’m currently in the final editing stages of a standalone psychological thriller titled Fractals, which will release early next year. It’s the emotionally-intense story of a student and the relationship she shares with her teacher. I won’t divulge much more about it at this point except to say it addresses some rather dark themes. It explores two of my favorites, trust and betrayal, but this time within the construct of human trafficking. It also shines a light on the psychological impact of trauma and how it can guide our choices, even when we have the best intentions. All that makes it sound really scientific, but I assure you, if you like twisted psychological thrillers, you’ll love Fractals. 😄

I’m glad you asked! Readers can find out more about my work through my website, www.AliciaAnthonyBooks.com, and I am also active on Facebook and Instagram @AliciaAnthonyBooks. I also send a newsletter a couple times a month that is full of fun tidbits and opportunities to touch base with me. Subscribers also receive an extended sample of Inherent Truth, so if you’re interested, just head over to my website to sign up. I love hearing from readers!