Allen Danzig - Romantic Comedy with a Witty Twist
Posted on 8th of December, 2022 by Naomi Bolton 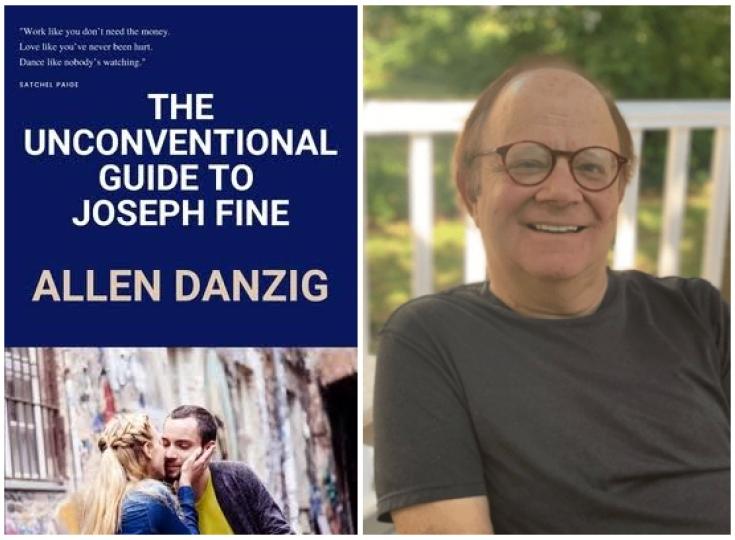 Allen Danzig grew up in Little Silver, New Jersey, on the northern part of the Jersey Shore. In ninth grade, he went to Lawrenceville School where he became active in the environmental movement. It was February 1970, just before the first Earth Day, and his Algebra teacher assigned the Time Magazine cover story on environmental concerns, rather than the typical math homework. Danzig decided early on to be an environmental attorney. After law school, he worked at EPA in Washington D. C. and then as corporate counsel at The Sherwin-Williams Company. It was a rewarding career. While practicing law, he thought about writing a novel. He was influenced by an English elective called The American Hero where he read books like Jack Kerouac’s On the Road. When he retired, Danzig put pen to paper. The Unconventional Guide to Joseph Fine is his debut novel. His goal was to write something engaging and enlightening.

Please give us a short introduction to what The Unconventional Guide to Joseph Fine is about.

Meet Joseph Fine, the novel’s narrator, whose surname is a painfully accurate assessment of his life at the moment. On paper, everything about him appears to be, well, fine. Successful lawyer. Respected by peers. Financially sound. Check, check, check. Well, not quite. This quirky, (just about five-three guy decides to drop everything to venture thousands of miles from his uncomfortable comfort zone to figure out what it takes to live life and find love. It’s a new and thought-provoking twist on romantic comedy.

What inspired you to write this book? Was there something in particular that made you want to tackle this?

I wanted to prove that I could write a novel. I had something important to say and wanted to share it with others. Something about tolerance and acceptance and going beyond the first impressions we make of each other. Another objective was to write a book that was entertaining but serious. See if you think I succeeded.

Tell us more about Joseph Fine. What makes him tick?

Joseph Fine isn’t unlike a lot of folks. He’s a mix of self-confidence (at work) and self-doubt (in his social life). This book is all about dealing with who we are and breaking through the limitations we put on ourselves.

Writing the novel and seeing it published has been gratifying. I thought I could do it and finally did. A long-time dream that came true.

You practiced law for many years. How did this influence your writing?

Practicing law and writing a novel are two very different things, yet my legal career had a good influence on the writing. In my career, I had to be precise in communication and persistent to get the job done, two traits that are needed to produce a book.

I have a vivid imagination (necessary to write a novel), mostly good judgment, and don’t take myself too seriously. I sometimes talk to myself which is a largely positive characteristic of the main character.

It was great fun creating characters out of whole cloth and watching them develop, often in ways I couldn’t have originally imagined. It felt like the characters were real, as they took on lives of their own.

Why did you title this "The Unconventional Guide to Joseph Fine"?

The title reflects Joseph Fine’s unconventional journey as he confronts his life and achieves self-fulfillment and romance. It’s also an unconventional guide to Joseph’s travels through in Italy and France.

Some of the scenes are set in Italy and France - why did you pick this backdrop?

The settings in charming parts of Italy and Southern France are the vehicle and impetus for the main character to go far away in a quest to achieve his creative and romantic goals. And they make it an inspirational travel adventure.

“Look at it this way. If you’re little or small, you’re more alive per foot.” Joseph Fine has to accept who he is to overcome what is stopping him from realizing his potential in the social arena.

What was the first thing you did when you started this book?

One of the first things I did when I started this book was to establish a routine of writing four to five hours a day, six to seven days a week. The discipline of a schedule was the only way I was going to get the novel done.

My main habit in writing the book was to keep going, not second guess myself along the way, and push on to finish the first draft. I knew there would be plenty of time to go back and edit the text.

You can interact with me through my website, allendanzig.com and the site e mail, [email protected]. I welcome all feedback on the book.

I’m working on a second novel that explores the hopes and fears of a few newly retired men and women as they rediscover fun and adventure, and sometimes even find meaning in their new phase of life. 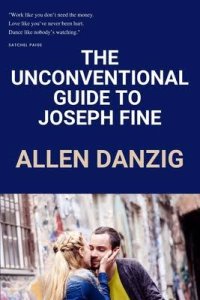 The Unconventional Guide to Joseph Fine

Allen Danzig
Meet Joseph Fine, whose surname is a painfully accurate assessment of his life at the moment. On paper, everything about him appears to be, well, fine. Successful lawyer. Respected by peers. Financially sound. Well, not quite. This quirky guy decides to drop everything to venture thousands of miles from his uncomfortable comfort zone to figure out what it takes to live life and find love.
Romance
$0.00
$4.99
Amazon