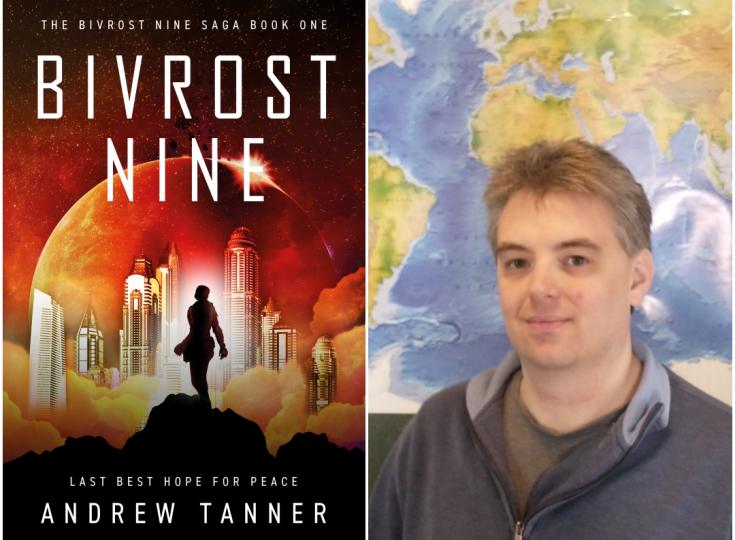 Andrew Tanner is the bestselling author of the Bringing Ragnarok and Bivrost Nine sagas. He's been a soldier, scholar, and blogs more than is probably good for him or anyone. As our Author of the Day, Tanner tells us all about his book, Bivrost Nine.

Please give us a short introduction to what Bivrost Nine is about.

Bivrost Nine is about a group of misfits led by a survivor of a vicious war in a noble attempt to build a kind of UN in space. Which involves wrangling dozens of alien ambassadors who all have populations living on the outpost and the ability to cause a lot of trouble if they choose. To make life even more challenging, plenty of outside groups are opposed to the goals of the Bivrost Initiative or want to use it to their advantage, so just keeping the outpost operating day to day is a perpetual struggle. It doesn't help that several species are either on the verge of going to war or recovering from one, so tensions are high - and there's another threat out there, only hinted at in fragments of old myths, that will soon come to play.

After finishing a six-book series focusing on Norse myths and the end of the world, I felt like writing something purely sci-fi and a lot more hopeful in tone. As a kid I loved Babylon 5, preferring it to Star Trek or Star Wars, and for some time I've wanted to see something like it but, but updated. B5 was an allegory of the end of the Cold War, which is now a dated reference point. And honestly, I think the world needs a re-introduction to science fiction that isn't completely human-centric, which is why one of the four perspective characters is an alien priestess whose people nearly wiped Earth out.

Why did you pick an ancient outpost ten thousand light years from Earth as the backdrop for your story?

The cool thing about writing a story where the characters are tied to a place that isn't Earth is that it lets you take a more distant view of humanity. Plus, ancient outpost equals alien ruins, uncharted star systems, and enough distance from accountability to higher-ups that cool things can plausibly happen while Earth is oblivious.

Tell us more about Nysse Ghazi. What makes her tick?

Nysse is a warrior, plain and simple, but in the old style, following a code derived from respect for the sacrifices of the ancestors. She naturally tries to protect her people, whoever they happen to be, and won't hesitate to risk herself - to an unhealthy degree. She's seen so much of war to be a deep skeptic of the entire enterprise, yet her skills are so keen from a lifetime of fighting that if she doesn't fight, she knows someone less capable will have to take her place. For her, life is about duty, because in her mind she's already supposed to be dead, but she is also committed to defining duty on her own terms, mistrusting authority.

Systems nerd and cat whisperer. I'm intrigued by how everything in the world fits together and spent a lot of years in academia building my own paradigm. And for some reason - I didn't know this until I was in my early twenties - cats usually really like me.

What was your greatest challenge when writing Bivrost Nine?

My greatest challenge is usually not dumping too much information on the page. I'm the kind of person who has re-read Tolkien dozens of times and loves old, dense literature, and I'm also prone to preferring stories where everything is laid out from the beginning, which I know isn't the case with most people. For me, writing is always a balance between putting stuff on the page that feels good to write and creating a story that can surprise the reader.

Nysse is accompanied by a team of misfits. Why did you create them this way?

Nysse is one of four perspective characters, even if she drives the plot, partly because I like to portray different perspectives but also because she herself can't function without a team to lead. She exists as much in the minds of those around her as in her own self. Sam, Winston, and Ishlaa are all necessary complements to her, the four forming a coherent organism. Their development as a team is a big part of the series as a whole.

I owe the cover entirely to the talent of my designer, Miss Nat Mack. She's a delight to work with and transformed my vague ideas about a person wandering a desolate outpost into what you see. The main goal is to remind readers that Bivrost Nine is just one small place in a big galaxy, yet even small places can house great power few expect.

This is the first book in the Bivrost Nine Saga. Can it be read as a standalone? How do the other books in the series tie in with this one?

Bivrost Nine is the first in a six-book series but can be read as a standalone adventure. Aspects of a deeper meta-plot and a whole lot of world details are developed in the sequel, but the first book itself is just the story of a team coming together in difficult circumstances to salvage a project on the brink of collapse. The sequel, The Scae Resurgence, launched this summer, picks up weeks later and tells the story of a sudden invasion by an enemy Nysse fought in her youth and, along with everyone else, thought vanquished and gone. The books in the series are linked by the fact the key events are being driven by a shadowy and frankly godlike power that is coming for all the peoples of the Three Arcs of Known Space - as it has many times before.

To me, Sci-Fi is at the heart of imagining and building a better world. Stories are the oldest form of science communication, and a big part of why I write is an excuse to design and build worlds powered by scientific principles as I understand them.

You play a lot of video games. How did this influence your writing?

Video games absolutely influence my writing, they're a big part of why I write dialogue and whole scenes the way I do. I have a strong aversion to acting as an omniscient narrator, and prefer to present the story through the eyes of each character, flaws and all. For me, games and books are all about entering worlds, which is likely why historical fiction is another major influence - I grew up reading doorstopper novels by Clavell and Michener.

I'm a writing-is-my-work kind of writer, so I create a basic plan of where I want to go with a story and how long it will take to get there then sort of set off chapter by chapter. After I draft a manuscript I rewrite it, then do an intensive editing pass before sending it to my proofreader. Day starts by me making breakfast and packing lunch for Bev, then when she heads to work I take care of our cats and dog before settling in at the computer until around lunchtime. I generally try to work until I feel like I've accomplished enough for the day, relax for a couple hours until Bev texts that she's heading home and it's time to think about what I'll make for dinner. Actually rather boring - but that's kind of nice these days, I think. 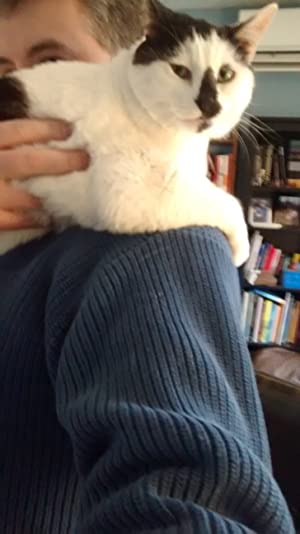 Now that I'm finally dragging myself away from blogging on Medium so often, I've begun the basic plotting work for Earthborn Rising, the third book in the Bivrost Nine saga. It will be the first to dive deeper into Earth society in the year 2160, and as a result I'm having to start isolating myself a bit from the ever-mad world outside so it doesn't inadvertently influence the telling of the crisis that is scheduled for Earth at this point in the metaplot.

All eight of my published books are available on Amazon. I've been avoiding social media for the past few years, but do write a blog on Medium under the handle @andrewmtanner where I sometimes write about fiction. And this email, brokenwagonpublishing at gmail, works too, though I sometimes don't check it for a week if I'm deep in writing mode. 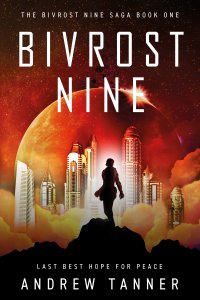 Andrew Tanner
Travel ten thousand light years from Earth across the interstellar jump gate network to an ancient outpost that might just be the Three Arcs' last best hope for peace. Join Nysse Ghazi and her crack team of brilliant misfits in their fight to protect a place where negotiation and debate can replace open war.
Science Fiction
$0.99
$5.99
Amazon