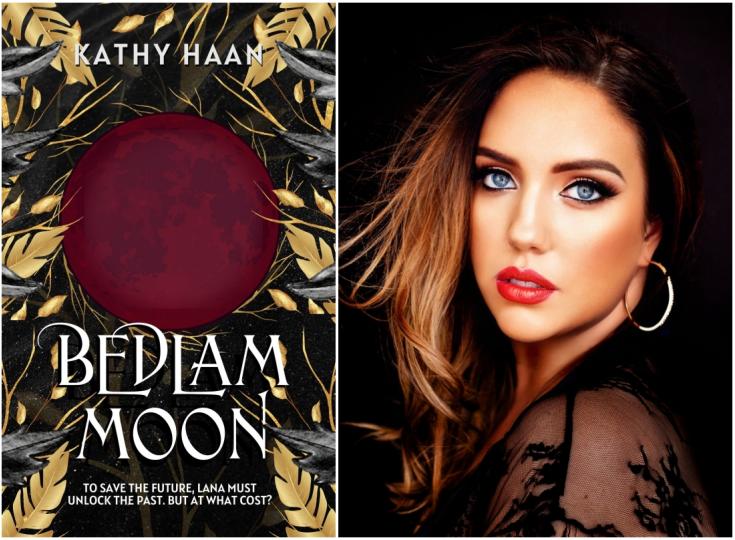 A blood descendant of Wild Bill Hickok and a long line of artists and creators, Kathy Haan believes the secret to telling a great story is living one. The second youngest, in a massive horde of children between her parents, she did her best to gain attention and kept everyone entertained with jokes and wild stories. She lives a life of adventure with her hunky husband, three children, and two Great Pyrenees in Denver, Iowa; the mile-wide, not the mile-high. While this is her debut novel, you might’ve seen her work in Forbes, where she’s a regular contributor. Or, in Notoriety Network’s 12x international award-winning documentary, #SHEROproject. As our Author of the Day, Kathy tells us all about her book, Bedlam Moon.

Please give us a short introduction to what Bedlam Moon is about.

Vampire royalty, curses, an evil cult, and ancient prophecies all stand in the way of Lana figuring out why her mom vanished twenty-six years ago. Do answers lie in the fae realm? Bedlam Moon is a fast-paced, why choose, paranormal romance.

What inspired you to write about Vampire royalty, curses, and an evil cult?

I only write the kinds of stories I want to read myself. With Bedlam Moon, it throws everything you know about fae, vampires, and witches out the window. It was also important to write heroes who don’t treat the main character terribly (cheat, make the MC jealous, etc). I’ve had my fair share of trauma in relationships and know how triggering those situations can be.

Why did you decide to become an author?

I always want to share my work with the world. In fact, this isn’t my first book, but it’s my first fiction novel. Previously, I worked on an anthology that took #1 Bestseller in the Spiritual Self-Help category. I’ve also blogged since 2006, and freelance write for places like Forbes and Investopedia.

Since 2010, I’ve helped people make money online as a business coach. I put that on the back burner during the pandemic so I could spend more time with family and focus on my passion projects (the novel, creating).

Tell us more about Lana Chapman. What makes her tick?

Lana is trying to find her place in the world after her adoptive parents died when she was 30, leaving her with just her best friend in her life. She has a strong affinity for adventure and sold everything to travel blog. But when answers about her mom’s disappearance 26 years ago bring her back to the United States, she goes on an entirely new adventure that’ll change the entire trajectory of her life.

What makes Oz so special?

Oz is the first vampire ever created, but before that, he was a witch and still has powers. He’s Sumerian, a philanthropist, and the King of Vampires. Millennia ago, it was prophesied Lana would be his mate, which doesn’t bode well with the evil vampire witch who has stalked him his entire life.

Why did you decide to write a Why Choose paranormal fantasy? What drew you to the genre?

I didn’t even know this genre was a thing until I wrote it. The main love interest is instalove, because it’s fated mates. But later in the book, Lana meets his royal court and it’s a slow burn for the other love interests. I was in the middle of a terrible COVID fever when I began writing the #whychoose part of the book, and loved it so much I kept on. I’ve since read dozens of why choose novels, and it’s my favorite genre.

Gideon has a mind of his own, and he’s relentless in his pursuits. It’s why the entire why choose novel came to life. I don’t think anyone is complaining, though. He seems to be a favorite.

This is book one out of three. Can it be read as a standalone? How do the other books in the series tie in with this one?

Bedlam Moon is the first in the series and cannot be read as a standalone because it ends on a cliffhanger. However, Tales of Bedlam isn’t far behind. It’s slated to release May 31st, but I should be able to move that date forward. If the books are read as a standalone, the story won’t make sense. It all ties together. Book one, Lana needs answers. In book two, she gets answers but has to pay an enormous price to get them. With book three, two realms vie for Lana.

I have so many works in progress right now, and a long list of ideas for books. I’m never short on those. I’ve found creating a Kanban board in Trello really helps organize the scenes in my book. I have columns for each act, and a column titled ‘still needs written.’ This way, I can write faster because I don’t have to write in sequential order, just which scene inspires me at the moment. Then, after everything is written I go through a second draft to tie everything together. I edit several times before the book goes to my editor. We do three rounds together; developmental, line edits, and then copy edits. I do three more passes of edits on my own before I publish.

I write full-time, so typically I spend the day working on freelance assignments and sponsored content for either social media or my blog. I almost always write from bed because it’s one of my favorite places in the house (I used to sell Sleep Number beds when my oldest was an infant). I’m not a big coffee drinker—my fuel of choice is a Monster Zero Ultra. My day starts around 10 AM and ends at three when I have to pick up the youngest from school but start writing again around bedtime. I’m a bit of a night owl. I have to use the Pomodoro method of keeping focused because I have AD/HD. I use an app on my laptop called Forest that I can block certain sites (like social media) otherwise I kill the tree I’m growing. I have an entire forest now.

I’m working on the first draft of Tales of Bedlam, but that’ll be finished very soon. While it’s in edits, I’ll work on a werewolf shifter romance. The rest of the Bedlam Moon series will finish by August 1, 2022, though.

I keep a list of everything I’m working on here and list all my upcoming events and links to my social media accounts. Readers can join my newsletter, too. 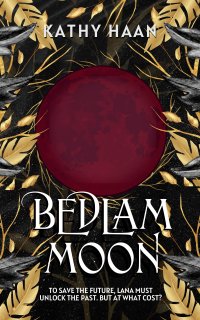 Kathy Haan
Vampire royalty, curses, an evil cult, and ancient prophecies all stand in the way of Lana figuring out why her mom vanished twenty-six years ago. Do answers lie in the fae realm? This is a reverse harem, paranormal romance. Expect instalove between the first harem member, and a slow burn for the others.
Paranormal
$0.99
$5.99
Amazon