Carmen DeSousa - Author Who Believes in True Love
Posted on 7th of July, 2016 by Naomi Bolton 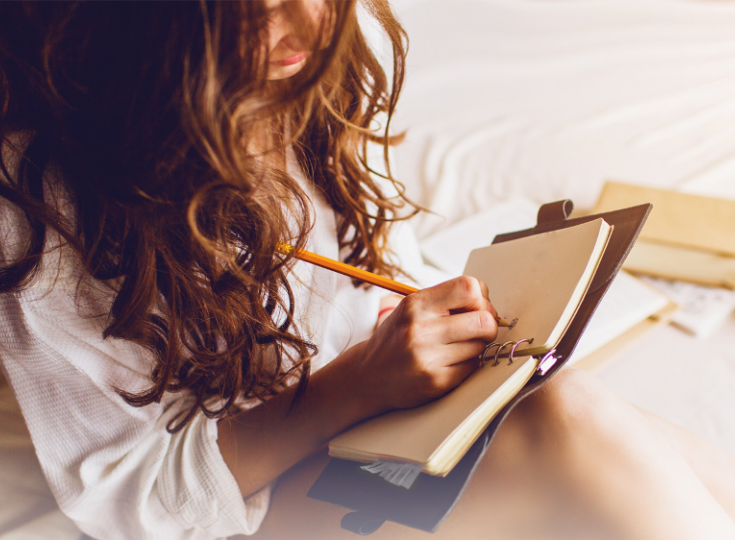 Please give us a short introduction to Some Lucky Woman

Some Lucky Woman is a contemporary women's fiction with a hint of humor and romance, featuring a thirty-something divorcee who's trying to figure out where she fits in the world and if she can ever love and trust a man again.

Always life… All my books are based on life situations I’ve lived through or witnessed. The idea for Some Lucky Woman came to me while I was suffering for a year with a shoulder injury. But since I’ve been happily married for twenty-six years, I had to draw on heartbreak I’ve experienced in my previous life and the situations where I’ve watched men at the corporation where I worked for fifteen years cheat on perfectly lovely women for a one-night stand.

Jana is a strong, independent woman who firmly believes that she doesn't need or want a man in her life.  Why is she wrong?

Plain and simple, she has to be. She’s at the age where she doesn’t feel like she has much to offer. She has a degree, but she’s been out of the workforce for fifteen years. She’s not old by any means, but it’s hard for a thirty-something woman to jump back into the dating scene after being out for fifteen years too. When she tries, she starts to realize how she ended up in her unloving marriage in the first place, because she hadn’t taken the time to learn who she was and love herself before she tried to love someone else.

When I quit my sales and marketing career at a Fortune 500 company seven years ago, I finally found the time to start reading again. Only, something had happened. Everything I picked up, even by authors I once loved, seemed to have gotten explicit and graphic. I would literally scan pages of a book, hoping that my kids wouldn’t pick it up and think I read it. I love sensual and exciting reads, but I don’t need every detail spelled out. I have a great imagination, that’s why I read. So I decided to write what I wanted to read: stories that were sensual, but not erotic. Gripping, but not graphic.

Having her book made into a movie is a dream come true for Jana. Would you entrust your story to a director and producer?

Yes, and no. I think I would feel just like Jana did. If I say no, I might not ever get a chance again. But I also have strong morals, so I’d probably have to hold out for a producer who wouldn’t chop it up so much that I wouldn’t recognize it.

Jana is a very relatable character. Why do you think readers can identify so easily with her?

I’m honestly thrilled by readers’ responses to Jana, by the way. I was hoping readers would love and identify with Jana, but you never know what readers are looking for. Of course, some readers wanted Jana to wallow in her self-loathing for years, but I just didn’t see that. I would never be a punching bag—physically or mentally; I experienced too many bad things as a child to take that as an adult—so I certainly didn’t want to write a woman who was. My goal was to make Jana just soft enough that she’d cry on occasion, but strong enough that she’d know that if she didn’t get her butt moving, no one else would.

Some Lucky Woman doesn't contain any cliffhangers - why did you decide to not go that route?

I don’t write cliffhangers because I think a series can be written without forcing readers to buy the next book. Entice, sure. But I don’t want to hold anyone hostage. Every book I write ends with the major situation resolved, but then, yes, I dangle a little carrot at the end. And yes, that little carrot means there will be another book, which is already in the works, which stars some of the characters from Some Lucky Woman, but it will be an entire new story.

Do you believe in true love and happy endings in real life?

Definitely! If you’ve read my Southern Romantic-Suspense Collection, you’ll definitely know that. A personal note about me. Hubby and I had our first date the Saturday before Thanksgiving, 1989. December 1, 1989, he asked me to marry him. December 31, 1989, we eloped. Yes, I believe in love at first sight, true love, and happily ever after. :-)

How important is reader feedback to you? Do you ever read reader reviews?

Even though I’ve been told not to read reviews a hundred times, I read ALL of my reviews. Every single last one of them. I scan the meanies, who apparently don’t think I’m a real person, but readers provide the best feedback. Several of my stories are direct results from reader feedback. I also make it a point to answer ever single Facebook message, Twitter message, and emails. If it weren’t for my readers, everything I write would be nothing more than a journal entry.

Are you working on any new writing projects at present?

CREATUS ANIMUS! It has taken me longer to write the fourth installment of the Creatus series than anything else I’ve ever written. I love it, but it’s a lot of work. And I know my avid-reading friends are practically ready to hunt me down and watch over me while I write and do nothing else. But it doesn’t work that way. I can only write for a few hours a day. After that, my mind goes all mushy. And the amount of research required is daunting. Romances, in my opinion, are easier. Yes, I do lots of research, but mostly they are about the heart and soul. Creatus is all of that, plus “magical realism, ” so I spend the majority of my time researching myths and medical journals to create this race of supernatural beings so they will be believable.

Then after that, I have several books already started that will follow Some Lucky Woman. I also have a new romantic thriller series I have mapped out, which I am chomping at the bit to get to. Not to mention that there are two more books planned in the Southern Romantic-Suspense Collection.

Long story short, I have years of books left in me. :-)  How can readers discover more about you and your work?

My website, www.CarmenDeSousaBooks.com, is the best place to find all my books and blogs about my writing process and new releases. Or you can subscribe my newsletter, which I only publish a couple times a month, here.