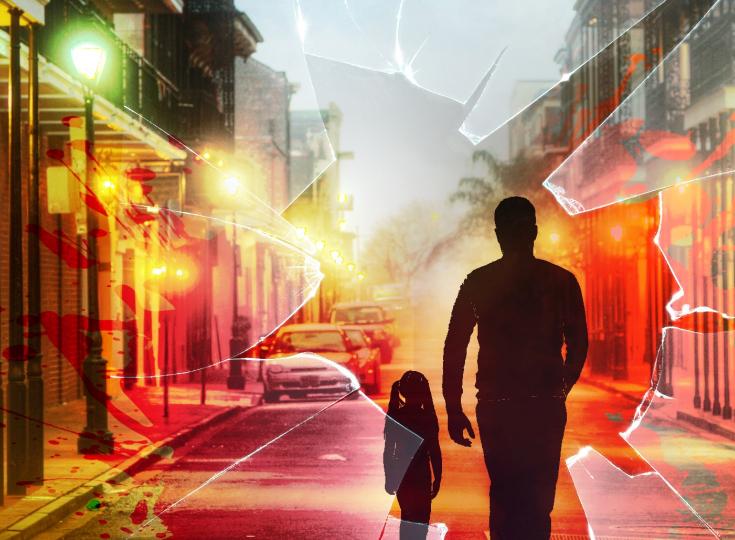 Glen Allison has been an oil rig builder, a sportswriter, a tree climber, a summer camp trash wrangler, a software trainer, a magazine writer, a burger flipper, a video producer, and a parking lot sweeper. As a kid he rolled dice behind the counter at the liquor store on St. Charles in NOLA where his grandmother worked. He has survived a motorcycle wreck, a heart attack, many Southern summers, and five grandpunks (joyfully so) - so far. As our Author of the Day, Allison tells us all about his book, Miscue.

Please give us a short introduction to what Miscue is about

MISCUE is about a former Navy SEAL in New Orleans who is called on to track the killer of an abortion doctor - something he wouldn't ordinarily do except for the fact that the doctor's daughter is kidnapped by the killer. (In my books, I basically make Forte do what he least wants to do. But for a good outcome. :))

I had the character Forte in mind and I knew I wanted to set it in New Orleans (where I really did play on the floor behind the counter of my grandmother's liquor store). But, the book's inciting incident came when I had a conversation with a friend. The question: If someone thought abortion was murder, why wouldn't they kill the person they thought was the murderer - the doctor? I know it's an incendiary issue but that was the question that was posed without considering the political correctness of anything. Just a person's personal motivation. It was a risky concept, in a way. But I wanted to kick off the book with that. So I did.

Tell us more about Al Forte. What makes him tick?

I keep trying to discover that. He's a moody, grumpy so-and-so sometimes. Actually, he was born with a loner personality, trained to consider himself one of the top warriors on the planet. But he is loyal to the max. People around him keep dying, but when his wife is murdered he falls into an abyss of drugs and misery. When he hits bottom, he begins rebuilding his life - by rescuing stolen children. And rescuing himself in the process.

The book contains quite a couple of twists and turns - did you plan it all out before you started writing, or did some of it just "happen" along the way?

I thought I had it all planned out. But I discovered that my subconscious was much more creative than my conscious outline. When I finally decided to trust the unexpected turns my characters took, it made the story better, in my opinion.

This is your debut work, what has the experience been like so far?

Fulfilling. Sometimes torturous. But less the latter than the former. I find that I'm more satisfied with my life when I'm writing a book, even if kick-starting the writing is frustrating/annoying/distracted. I absolutely enjoy the fact that there are Forte fans out there waiting for the next book, the next stroll through the Quarter or along the river or the next taste of pralines or beignets or jambalaya.

I play the guitar and sing. I write and direct films and TV commercials. I juggle. I used to ride a motorcycle until I wrecked it a few years ago (an event that put a pause in my novel writing, but I'm back now - broken arm, blah blah blah).

Readers say that you took their emotions on a roller coaster ride in this book - was this your intention?

Yes. I wanted to interrupt sleep, distract from life's more important responsibilities, cause tardiness. (Actually, I'm sorry the book is such a bad influence. Not sorry.) Actually actually... I wanted a character who was broken (as we all can be on this human journey), but who sought redemption daily by doing what he does best - rescue children. I wanted to challenge him, and distract him, and make HIM ride that emotional roller coaster and get him out of his own head and focus on helping others, whether he wants it or not. Why? Because he needs it. We all need it. In my humble opinion.

Miscue is the first of a series. Did you plan from the start to make it into a series? How do the other books in the series tie in with this one?

I just wanted to see what happened in MISCUE. I was the first reader of it; it was fascinating to me that this story was coming to life, created out of nothing but my own mind. But then when it was done, I wanted to see more. So the next books, NETBLUE and SNAFU, came along. And the fourth is coming. 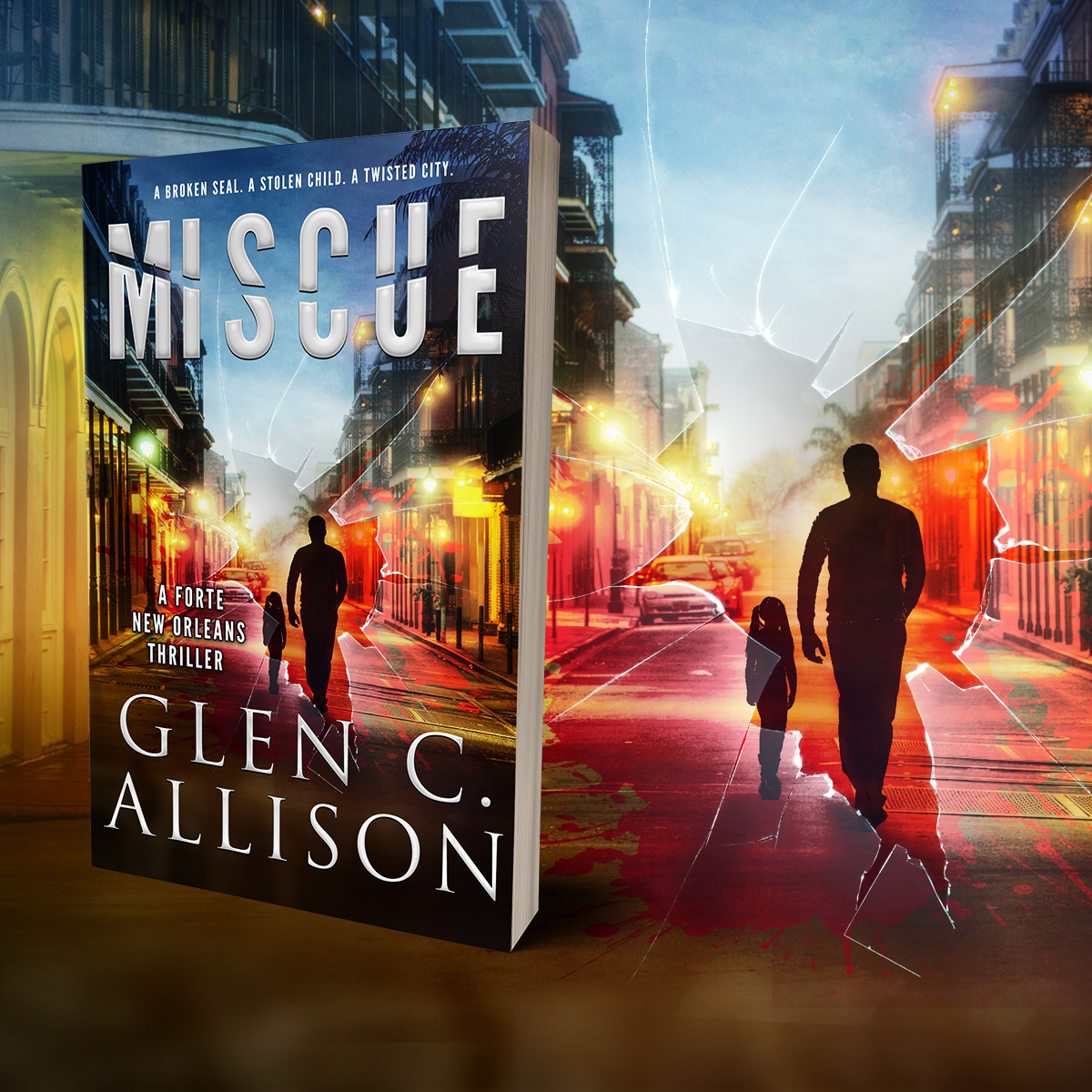 Don't think you have it worse than anyone else. In fact, stop thinking about yourself; think of others. We all need help to get through the valleys of this life; help someone else out of their pit and you'll find they helped you escape yours, too. Oh, and when you get a chance to buy Amazon stock, load up.

Have you always wanted to be a writer? Please tell us a bit about your journey to becoming an author

As a kid, I escaped my troubles through reading about the Doc Savage and Travis McGee, and later, Robert Parker's Spenser novels. I loved series because I found comfort in those characters I already knew from previous books. I discovered I had a knack for writing when a teacher said, "Mr. Allison, who did you bribe to write this essay?" Not really, but almost like that. I had a knack for it. Became a sportswriter, a copywriter, a video producer and finally thought, "I'll try to write a book." So, four books later, here we are.

Manning "Manny" Laird, a recovering drunk and Forte's sponsor and a world-class speaker who leads a scraggly store-front ministry in the Quarter. He is loosely based on Brennan Manning, who I met decades ago and left an immense, grace-filled impression on me.

When I'm working on a book, I don't wait around for flashes of brilliance. I'm a machine. (I battle the little demonic nay-saying editor on my shoulder that says, "This sucks! These words are trashy!" because I always find out later that he's a lying little deceiver.) I do a word count. It may sound strange, but I write in 500-word sessions. Seriously, I churn out those 500 words, then stop for a while. I try to do two of those a day, for 1,000 words. But I've been known to get fired up and do five a day for a few days, near the end of the book when things are crashing and blowing up and there's kissing and ... Hey, I'm writing here, I'm writing here!

I just finished the draft of UNDO, the fourth in the Forte New Orleans thriller series. It will be out in November.

Please visit and discuss at https://facebook.com/fortebooks and check out my author page at https://amazon.com/author/glenallison for news of new releases.