Greg Levin - Dark Comedy With a Sick Twist
Posted on 8th of October, 2016 by Naomi Bolton 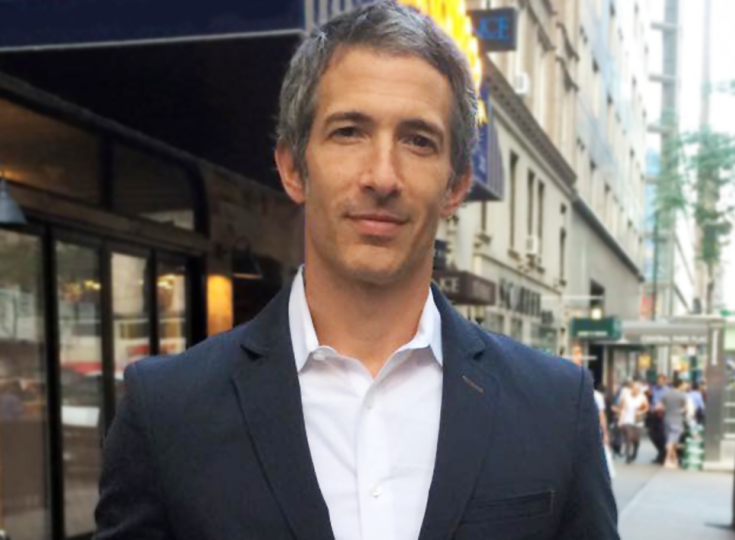 When Greg Levin isn't suffering domestic abuse by his wife, daughter or the two cats who own the house, he writes award-winning dark comedic fiction (which may or may not appear on TV sometime). In this interview, Levin reveals why he turned terminally ill characters into vigilantes in his novel, Sick to Death, confides in us about his chronic hip-hopilepsy and doesn't talk too much about his first novel.

Please give us a short introduction to Sick to Death

Sure, happy to. Sick to Death is your average, everyday tale about a group of terminally ill individuals who become serial killers to make their city a safer place to live. And die.

Despite all the, you know, homicide, it’s a fun read. Fans of Chuck Palahniuk, Bret Eason Ellis, Kurt Vonnegut and Carl Hiaasen should enjoy it. If they don’t, then they’re probably doing something wrong, like reading it upside down.

What inspired you to give your protagonist a deadly disease?

Well, in my previous novel, The Exit Man, I spent a lot of time with fictional characters who were dying. I got to know them pretty well, as is often the case with people you create. That book explored the topic of voluntary euthanasia. In Sick to Death, I wanted to go a little darker, to see what’s possible when someone who’s terminal discovers the freedom that imminent death affords them. I’ve always been intrigued by the power of nothing left to lose.

How are your "superheroes" different from your regular, run-of-the-mill superhero?

How have you evolved creatively as an author since you published your very first novel?

While all my novels are dark comedies, in my first novel the jokes superseded the actual story. Since then, I’ve learned how to tell an intriguing tale and let the humor happen naturally. This makes my second and third novels a lot more engaging and compelling, yet still entertaining. At least that’s what I like to tell myself. And potential readers.

In Sick to Death, you write about issues that others would normally tiptoe around. Where does this dark humor come from?

First off, I don't see the point of tiptoeing around touchy topics. Tiptoeing causes painful cramping. Better to dance on top of such topics – just as you would atop the grave of an evil nemesis.

As for where my dark humor comes from, I guess you could say it’s a survival tactic. I don't use dark humor to offend – I use it to defend. Humor is a magnificent weapon, one that, instead of destroying, keeps us from being destroyed. Nietzsche said, "We have art in order to not die of the truth." I feel humor serves the same purpose. In fact, humor – when deftly wielded – is art.

Do you think the world needs more vigilantes?

No, I do not. I didn’t write Sick to Death to serve as a personal manifesto. I actually abhor violence. That said, there’s something extremely cathartic about killing despicable people on the written page. You get to right horrible wrongs without the risk of being forced to wear an orange jumpsuit afterward. Your characters may have to wear one, but eventually they’ll forgive you. They, more than anyone, get what you’re trying to do. Plus fictional people look better in orange than real people do.

What’s with all the easy questions? (I’d use a winky emoji here, but I don’t do emojis.) No, I wasn’t really trying to relay any underlying message or universal truth about basic human nature. I don’t pretend to even understand human nature – especially now, during this election season. With Sick to Death, my intent was solely to spin an enthralling and entertaining yarn. To explore what could happen if some terminally ill folks with an otherwise solid moral compass decided dying gave them a license to kill.

I just hope, in writing such a book, the underlying message isn’t that I should be committed to a mental institution.

I can’t say I have any secret skills; if I’m good at something, I make sure to tell everyone all about it. I will share one of my more surprising skills, though: Freestyle rapping. You probably wish I were kidding, but I’m not. I suffer from chronic hip-hopilepsy. Contracted it when I was about thirteen or fourteen. At least I’ve learned to apply it to my writing career. For example:

My hopes are set high, my prose I let fly

Don't wanna be a writer who just mostly gets by

I wanna be a writer getting checks that let my

chauffeur and my butler go and get my neckties

I give it my best try, I've authored this rap storm

I'm hoping it will elevate my authoring platform

I have a couple readers but I need to attract more

Every day and night I play to raise the hype

Some say I shouldn't rap because I'm way too white 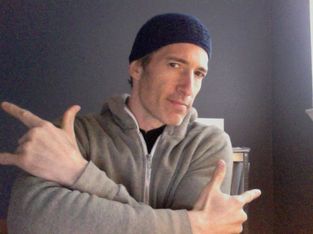 Your previous book, The Exit Man, was highly successful.  Did you ever fear that Sick to Death would suffer from second novel syndrome?

Not at all, mainly because Sick to Death is my third novel. The reason you didn’t know that is because my first novel was very much a first novel, which is why you never heard of it. I did things smart – started with a mediocre book so that all my subsequent ones would look good.

In all seriousness, as an author there’s no point in worrying if your latest book will live up to those that preceded it. If you’re writing scared, you’re not “bringing it.” And readers today demand you bring it.

Tell us a bit about your writing habits.  Do you ever have writer's block? And if so, how do you deal with it?

I’m EXTREMELY fortunate to have a wife who not only allows me to write full-time, she insists on it. When I speak of getting a real job, she beats me. I used to have a real job (a writing job, actually, but not a fun one), and my wife beat me until I quit and focused entirely on fiction. I’m the luckiest victim of domestic abuse alive. (There’s that dark sense of humor again. Sorry.)

I’m also lucky that I never suffer from writer’s block. Whenever it rears its ugly head, I just plow right (or write) through it. I'd rather write nonsense that can later be edited or salvaged in some way than to sit and stare at a screen or a notepad. Sometimes you just have to force-feed the page until things start flowing. Not sure if you’ve noticed, but I’m rarely at a loss for words. Most of the people who know me probably wish that weren’t the case.

Here’s my process: I come up with a rough idea for a novel. I let that idea sit in my brain for a few days. If after a few days, I don’t want to kill the idea, I’ll jot down some notes. Once I see the idea on paper and I still like it, I do something rather bizarre. No, I don’t write a rap about it; I write the back cover blurb. Seriously, I carefully craft a one or two paragraph blurb that captures the tone and the key plot points of the story I have in mind. If I struggle with the blurb, or if I hate what I end up with, I scrap the whole book idea. If, on the other hand, the blurb flows from me and I love it and can’t wait to read the book, I get started writing it. The end.

If you could choose one character from your book to spend a day with, who would it be? And where would you take him/her?

Funny you should ask. Not too long ago I tweeted, “I spend all day with my protagonists, but I wouldn't want to be seen with any of them.” Hmmm, I guess if I had to actually hang out with one of the characters from Sick to Death, I’d choose Gage, the main character – even though this might piss of Jenna, the second most important character in the book and someone you really don’t want to piss off.

I’d probably take Gage out for a couple of drinks, then to a Trump rally and just see what happens. Pretty sure after that, the whole world would know about Gage and my book. Call it a PR stunt. Thank me later.

A bourbon, neat. Oh, and my fourth novel. It centers around a guy who serves on an elite team that goes undercover across the globe to rescue young victims of human sex trafficking.

The story was inspired by a humanitarian trip my wife took to Cambodia last year. And while the book is technically a dark comedy, I assure you there is no making light of what the girls who are rescued go through. Instead, the humor comes from how the undercover “pedophiles” cope (and struggle to cope) with the extremely challenging and critical missions they carry out.

As part of my research, I interviewed a lead member of an actual undercover rescue team, and when he found out what kind of writer I was, he said, “I’m glad to hear it. There’s no way you can survive what we do without a dark sense of humor.” I aim for the book to do right by him and all the other people who dedicate their lives to liberating victims of child sex slavery. Without depressing the hell out of everyone who reads it.

They can find me at the gym most days around 3:30 p.m. or at home drinking most days around 5:30 p.m. Alternatively, they can head to my website – www.greglevin.com – where they can check out my blog (and even sign up to receive it), read excerpts from and testimonials for my novels, or send me a friendly message or angry threat through my contact form. They can also find, follow and interact with me via:

And of course I’d love for them to stop by and see what I’ve got going on Amazon and Goodreads.

Before I go, I just want to thank Many Books for the opportunity to blab about myself and push my new book. And to those readers who bothered to stick around till the end of this interview, thank you, too!