Lindsey Pogue - A Post-apocalyptic Love Story About First Impressions, Forgiveness, and Perseverance
Posted on 29th of December, 2020 by Naomi Bolton 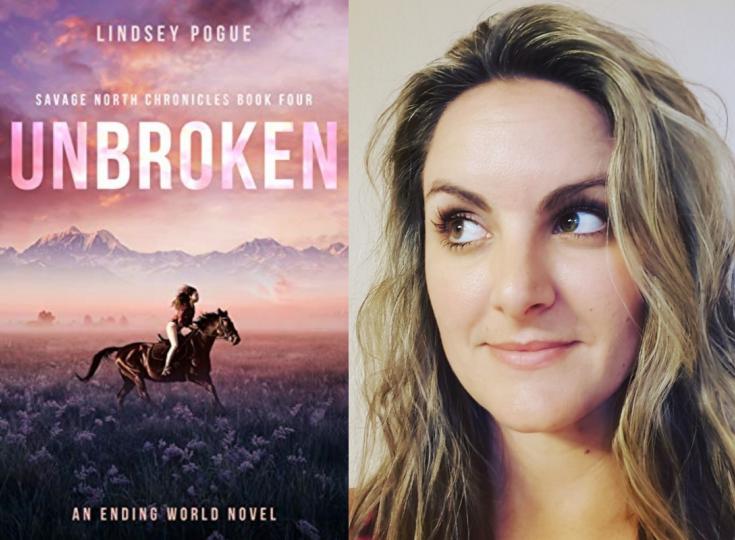 Lindsey Pogue is a bestselling adventure and romance author, whose post-apocalyptic series include the virus-ravaged world of The Ending Series, the superhuman survival series Savage North Chronicles, and the desolate Victorian world of the Forgotten Lands. Lindsey is a taco loving nature girl who enjoys a nice cold gin lemonade on a warm summer night, and she's always been a sucker for a good love story. She completed her first new adult manuscript in high school and has been writing tales of love and friendship, history and adventure ever since. When she's not plotting her next storyline, or dreaming up new, brooding characters, she's generally wrapped in blankets watching action flicks with her own leading man. Lindsey and her husband live in Northern California with their rescue cat, Beast.​ As our Author of the Day, she tells us all about her book, Unbroken.

Please give us a short introduction to what Unbroken is about.

Unbroken is the final installment in a six-story series about a group of strangers who live through a horrific virus, and after finding one another and traversing the savage north in order to survive, they become what they thought they’d lost - family. Thea was a child when the virus changed her life, taking everyone but her brother from her, and leaving her with a telekinetic power she could barely control. As the series progresses and each character embarks on their own series of adventures and second-chances, we see Thea growing up alongside them and some of the trouble she gets into along the way. But it isn’t until her story, Unbroken, that Thea gets an adventure and love story of her own. She might detest stone-faced, disapproving Hunter when she first meets him, but little does she know their destinies are entwined in a way she never could’ve imagined. Unbroken is a post-apocalyptic love story about first impressions, forgiveness, and the perseverance of the human spirit. It’s told from Thea and Hunter’s (her love interest) perspectives. 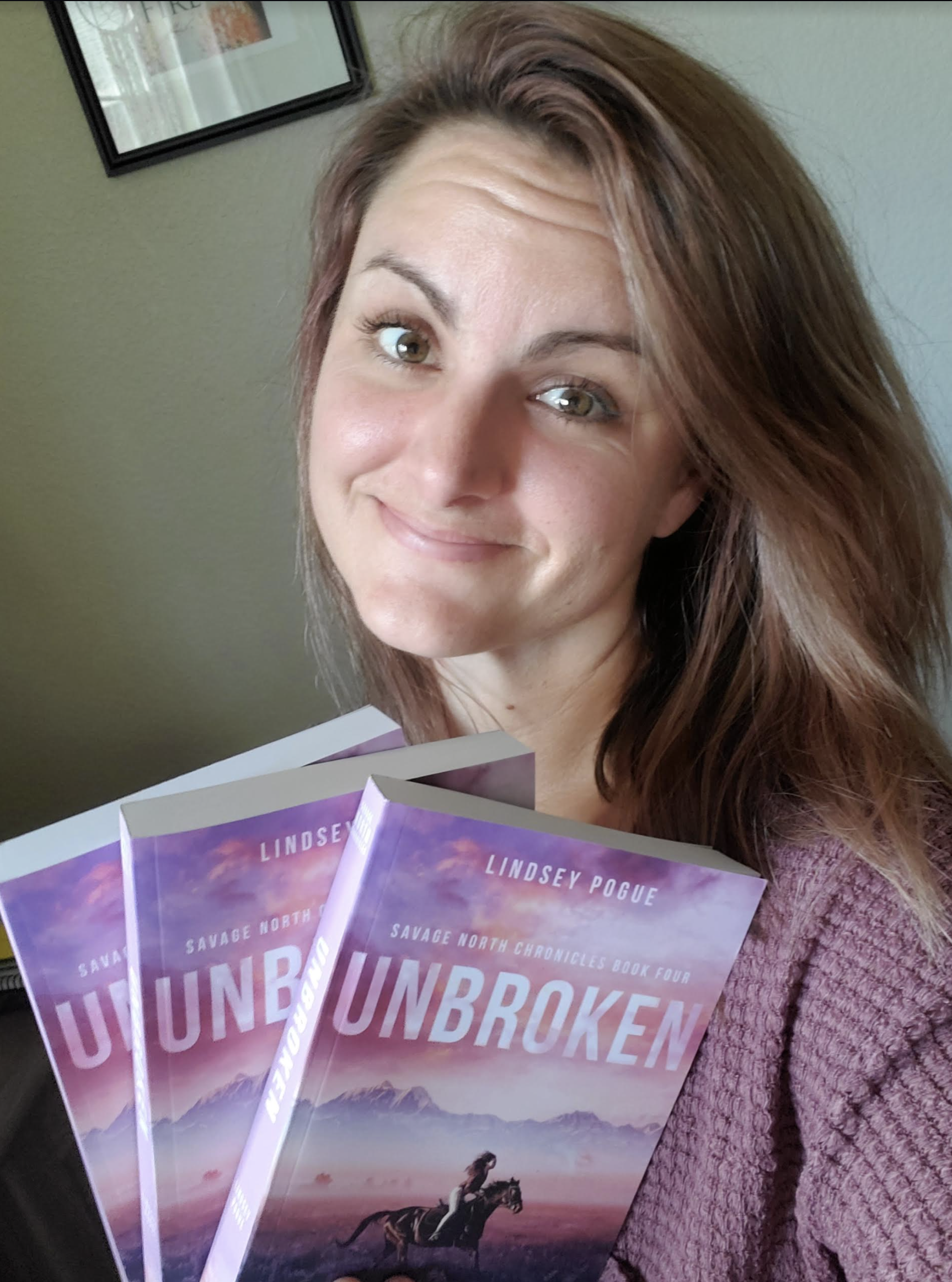 Was there something in particular that made you want to write this story?

I knew from the beginning of this series that I wanted Thea’s story to be different than any post-apocalyptic/dystopian novel I’ve written. Typically, in post-apocalyptic fiction we see the world coming to an end on page, and we live through it alongside the characters. But I wanted to write a story from the perspective of someone who lived through it, grew up in a new, dangerous world, and how it would shape them – the loss, the curiosities, the regret, the fear…and the normalcy for them.

Why did you pick the Alaskan wilderness as the backdrop for your story?

The Savage North Chronicles are part of a larger fictional world called The Ending. The books written in this world have taken place throughout the lower forty-eight of the US. I wanted to write a different story for this series – I wanted to explore what life would be like if the same virus hit the most remote and rural parts of the continent, where survival is difficult enough on a normal day, but acts as a villain all its own when the civilized world collapses.

Your book also includes a doomsday cult.  Why did you decide to include it in your story?

I wanted to include something I haven’t written about in my 12 Ending World books, which is why I added the cult. Not everyone who survives the end of the world is going to be completely sane and safe to be around, right? I wanted to have some fun with it. Creepy as the scene might be, it would be my luck I’d stumble across a farmstead like that during my road trip, just like Thea does.

Tell us more about Thea.  What makes her so special?

She is thought to be “cute little chirpy Thea” throughout the series, and since they say kids are resilient, I wanted to truly explore that a bit. After all, if the world ends when you’re six-years-old and you lose everything, develop special X-Men-like abilities, and have to survive in a crazy world, you have your share of obstacles, right? Thea’s been through hell over the years, adjusting to new fears and uncertainties, and she’s seen countless people die horrible deaths—some of them at her own hands in order to survive. So how does she cope with the nightmarish memories and the guilt? I wanted to explore what Thea’s baggage would be, especially someone as loyal, hardworking, and good as little Thea is. She’s always had a battle to fight for someone else, but in this story, it’s herself she must come to terms with and accept, and I think that’s a relatable problem, no matter what sort of world you live in.

Why is Hunter such a great love interest?

Hunter is great because he’s SO different from Thea. While she’s bubbly and emotive, he’s stone-faced and serious. He was never infected with the virus so he’s genetically unchanged, whereas Thea is capable of unfathomable things. He has physical scars that will always remind him what he’s lost and endured in order to survive in a superpowered world as an “untainted.” Meanwhile, Thea is more emotional and emotive—she’s fiery when she needs to be and as much as they butt heads, they can’t seem to stay away from each other either. He might think all “tainteds” are dangerous, but he hasn’t met Thea yet who will melt his heart and crack that stone façade he’s spent his entire life carving into place.

This book is part of a series. Can it be read as a standalone? How do the other books in this series tie in with this one?

I would not read this as a standalone. It’s a goodbye to the series as a whole, includes all the characters whose stories have been building up throughout the books, and in essence, this story is the bow on top a perfectly wrapped package. 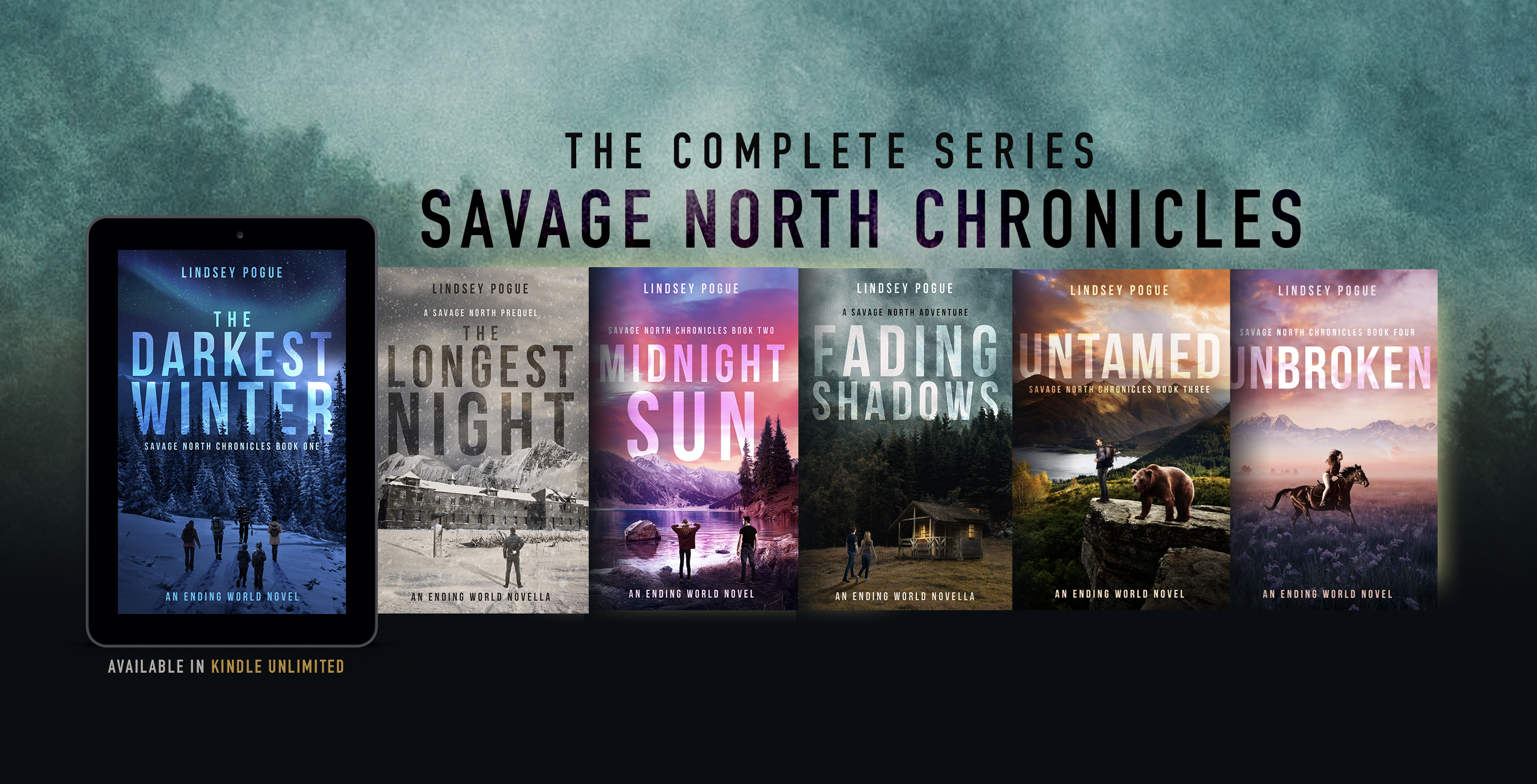 Tell us more about the cover and how it came about?

I’m a cowgirl at heart, and it seemed apt that Thea, living off the grid and riding horses to get around all her life, would have my cowgirl spirit too. Plus, I always have at least one character in my series who’s a horse lover like me. Since Unbroken is the end of the series, I knew early on I wanted the cover to represent freedom, hope, and maybe even happiness. Plus, this book is probably the “softest” of them all. Meaning, they are less gritty when it comes to violence and survival. It’s an overall love story, and I wanted the cover to emote a sense of that “softness” too.

Which was your favorite book in this series?

Oh! That’s a tough one. I loved writing Elle and Jackson, and exploring their “parenting” capabilities in The Darkest Winter, when they (strangers themselves) suddenly have four youth to care for. I loved their simmering romance despite all they’d lost (Jackson is my favorite character). But I loved writing Beau and Bear’s back-packing adventure in Untamed. I also loved the introduction of Wren and her people in that story. **cough, Hunter**

Outline! Well, if there’s a must-have scene I can’t get out of my head, I will write that too, since that helps me get to know my characters a bit more. I don’t know if it’s my dyslexic brain, but if I don’t outline as much as I can (knowing I’ll likely change some of it as I write), it slows me down immensely during the first draft. I spend too much time going back and forth, trying to figure out what I did, where I’m going, etc.

I create a series “bible” to keep all of my survival research, characters and descriptions, places, animals, etc. straight throughout the entire series (I’ve never written a standalone novel). It doesn’t matter if I write contemporary romance or science fiction, all of my worlds/series have these bibles – a spreadsheet with MANY tabs and links for reference later on. And on an average day, I sit down at 6am and write for a few hours. Then I break for food, exercise, and then I work on marketing or other projects until about 3pm when my husband gets home from work. But to be clear, I rarely stick to my schedule, so “average” day is more like my “ideal” day. I usually work until 5pm. 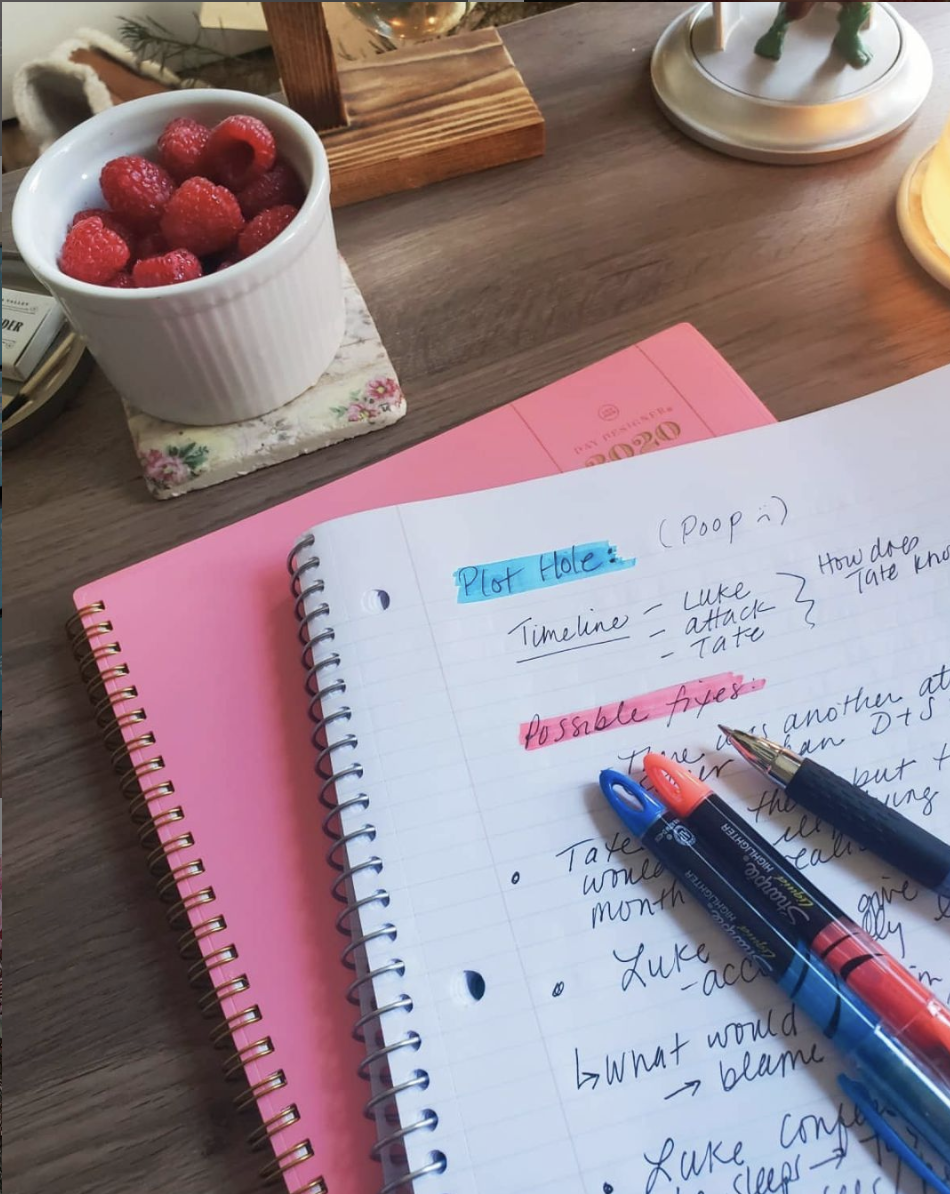 I’m working on the second book in my Victorian post-apocalyptic world, Forgotten Lands. Earth and Ember is about two civilizations in a fictitious world decimated by a climatic shift. These groups of people have been bred

to hate and fear one another in the desolate weather-ravaged world they live in. They’ve been enemies for centuries, but as tides change, they must figure out how to help each other, in order to survive. It’s an adventurous love story, rich with Native American culture and that cowboy part of me I love to write so much.

I’m on Facebook and Instagram a lot (Author Lindsey Pogue), but I’m mostly in my FB reader group – Lindsey’s Unnamed Reader Group of Awesomeness. I chat a lot with readers, so I’m always around, getting into trouble.