Matt Larkin - A Universe of Dark Fantasy Where Myths and Legends Play Out
Posted on 2nd of June, 2022 by Naomi Bolton 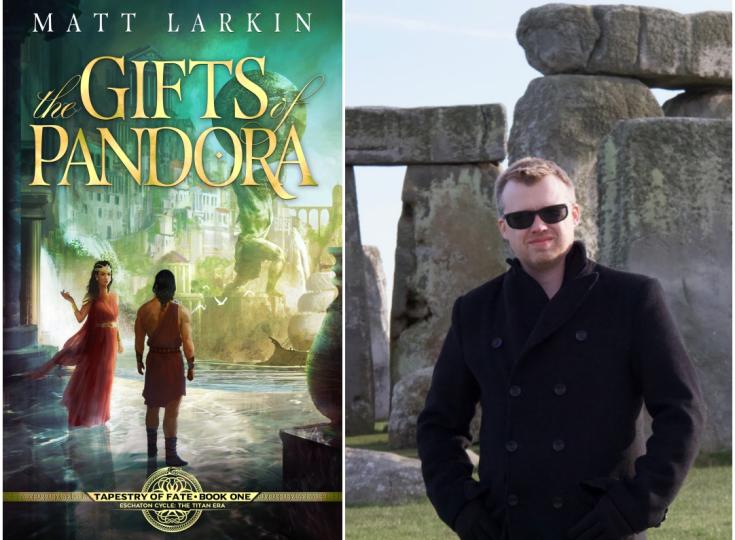 Along with his wife and daughter, Matt lives as a digital nomad, traveling the world while researching for his novels. He read approximately a bazillion books a year, loves video games, and relaxes by binge-watching Netflix with his wife. Matt writes retellings of mythology as dark, gritty fantasy. His passions for myths, philosophy, and history inform his series. He strives to combine gut-wrenching action with thought-provoking ideas and culturally resonant stories. As a child, Matt read The Lord of the Rings with his parents. This sparked a lifelong obsession with fantasy and started him on a path of discovering the roots of fantasy through mythology. In exploration of these ideas, the Eschaton Cycle was born—a universe of dark fantasy where all myths and legends play out. As our Author of the Day, he tells us all about The Gifts of Pandora.

Please give us a short introduction to what The Gifts of Pandora is about.

The Gifts of Pandora follows the mortal courtesan Pandora as she gets swept up in a conflict between immortal Titans. After befriending the Titan Prometheus, she struggles desperately against the mercurial whims of powerful beings in the hopes of carving out a slice of peace for herself.

Prometheus, the patron of mankind, is one of the most compelling characters in mythology. His tale is usually connected to that of Pandora, the pariah blamed for all the wrongs mankind must suffer. What has largely been forgotten about her origins are that Pandora was originally a gift-giving goddess. A patriarchally-oriented shift during Hellenistic times transformed the goddess of blessings into a curse upon man in a parallel of the Eve story.

Why Greek Mythology? What fascinates you about the ancient Greek gods?

My work incorporates diverse mythology and folklore from around the world. Most of those who grow up in the West learn about Greek myth so early its internalized. These tales are deeply familiar. This makes it the ideal material for subverting because an author can bank on the reader having at least a passing familiarity with the source tales. Thus we can have stories providing the comfort of the familiar combined with new twists and fresh interpretations.

Tell us more about Pandora. What makes her so special?

As I mentioned previously, the original Pandora was probably a pre-hellenistic gift-giving goddess. I wanted to play with that idea and create a woman, born into a patriarchal society, who refuses to settle for less or accept Fate. Pandora’s a genius in a world where she sometimes hides her intellect from males to avoid undue hardship in her life, but she never lets these constraints sit easy upon her. She can argue philosophy and politics, she’s a polyglot, has an eidetic memory, and can or has mastered almost any form of artistic expression she comes across.

I don’t know about secret skills, but my family and I have been living as digital nomads to see the world for research for my writing. These adventures invariably prove enlightening as we discover things we would not have otherwise even known to look into. As I write this, I’m sitting in Stockholm. Yesterday, when I saw your questions, I was in Prague. It’s a fascinating lifestyle.

Why did you pick Atlantis as the backdrop for your story?

Plato features Atlantis in a couple of dialogs where he’s talking about ideal states. It’s thus debatable whether the city even counts as mythology, per se, but it’s taken root in the popular consciousness of Greek mythology. There’s something evocative abbot the very name, calling us back to a time before time, which naturally situates my stories in the sort of mythic past I need to create in reader’s minds. 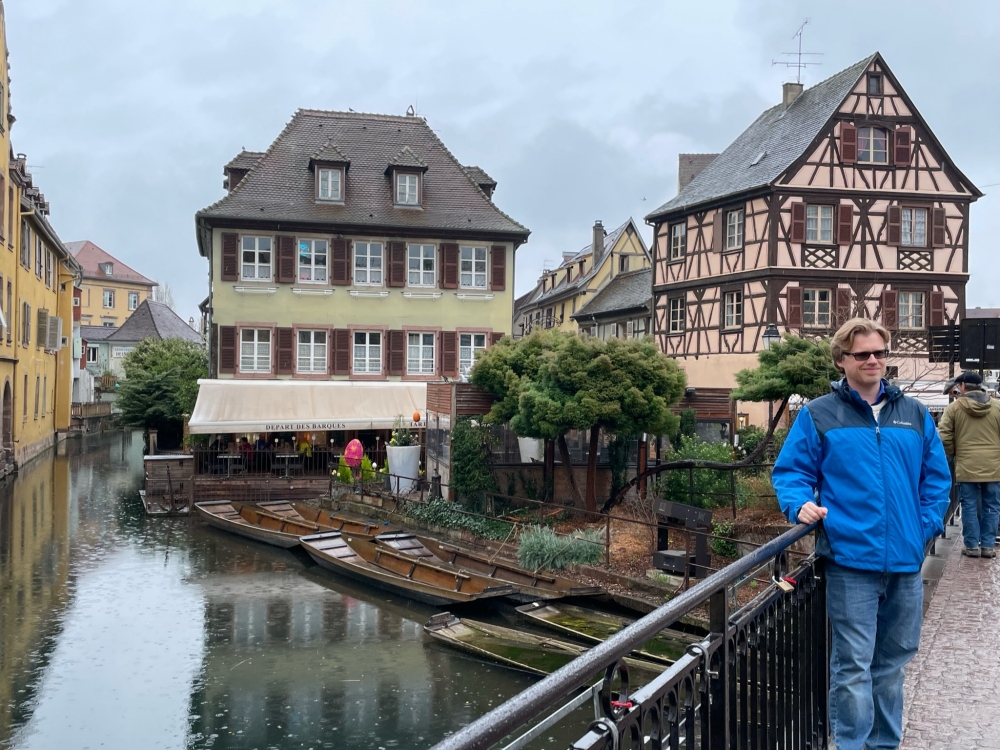 Readers say that you made the gods feel very relatable. How did you pull this off?

Euhemerism is a method of interpreting mythology under the assumption that many myths cropped up as exaggerated tales of real people who once lived. I take a similar approach, one I half-jokingly termed Pseudo-Euhemerism, in which many of the gods in my settings are people. In the Titan Era, Titans, though a bit taller than ordinary humans, live more-or-less human existences. They imbibe Ambrosia, which keeps them forever young and healthy and even grants superhuman strength and endurance. They also tend toward madness, falling into megalomania all too often. Does this result from the brew itself, or is it an inevitable side-effect of being immortal and able to do whatever you want to the people around you?

This is book 1 of the Tapestry of Fate series. Can it be read as a standalone? How do the other books in the series tie in with this one?

It’s one big continuous series. Each volume is more like a single season of a bingeable tv series.

The cover was painted by Felix Ortiz after I described Atlantis to him. I told him I wanted to show Pandora and Prometheus, and we talked about where they could be, and he settled on placing them before the statue of Atlas. The typography was designed by Shawn King.

Pandora’s “Box” is another idea that has suffused mainstream consciousness and thus one that offered a lot of potential for subverting expectations. In the original story, she was given a jar, but during the Renaissance, translations led to this vessel being called a box. In my work, she receives a literal puzzle that, when solved, opens the figurative “Pandora’s Box” of time travel.

The other aspect that I had a lot of fun with was that each character is following their own parallel timeline. These timelines cross and occasionally lineup for a time, but each of the point-of-view characters has its own path. So sometimes we’re seeing the same events from different perspectives at vastly different points in the series. The hope is that each volume is causing readers to reevaluate the preceding ones, reexamine the characters and their motivations, and stop and ponder the way they fit together.

I get up in the morning and write for a while before taking a coffee break. Then back to the keyboard until mental fatigue begins to lead to diminishing returns. But I almost always find myself the most creative in the morning, so I tend to switch to other tasks in the afternoon.

I’m finishing up book 5 of this same series.

You can find all my books listed on my website: mattlarkinbooks.com

If you want all news about my books, check out my newsletter: http://mattlarkinbooks.com/skalds

If you want insider info, ARCs, or just to support my work, I have a Patreon: https://www.patreon.com/bePatron?u=35432414