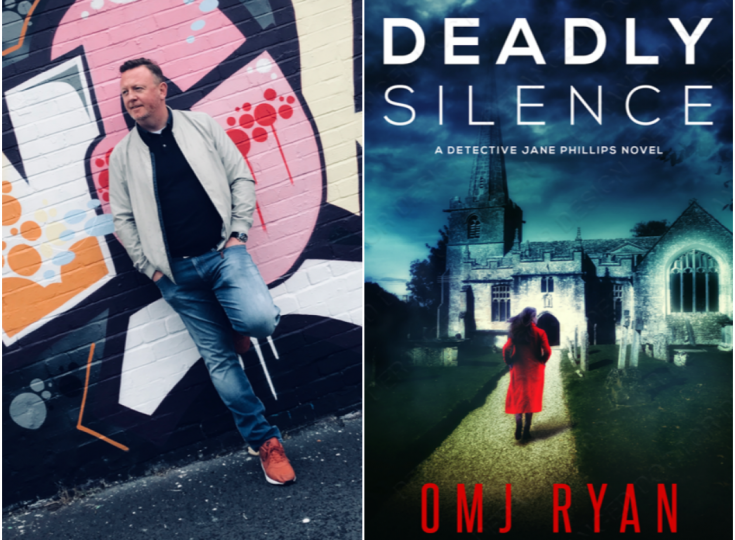 For the last twenty years, OMJ Ryan has worked in radio and entertainment across the UK and Australia, collaborating with household names, celebrities, and music icons, accumulating a host of international writing and radio awards. In 2018 Ryan followed his life-long passion to become a full-time novelist, writing stories for people who devour exciting, fast-paced thrillers by the pool, on their commute - or those rare moments of downtime before bed. His mission is to entertain from the first page to the last. As our Author of the Day, Ryan tells us all about his book, Deadly Silence.

Please give us a short introduction to what Deadly Silence is about.

In my first novel, ‘Deadly Secrets’ we are first introduced to DCI Jane Phillips as one of the supporting cast. She finds herself breaking the law in her relentless quest for justice. As a result when we meet her again in ‘Deadly Silence’ she’s been demoted, now working for a horrifically ambitious DCI who hates her guts. To make matters worse, she’s been tasked with finding a man who leaves no trace as he murders women in a quiet suburb of Manchester. The chase is on to catch the killer before he strikes again, but little does she know… he’ll soon be coming for her.

What inspired you to write about a former star detective who suffers from PTSD?

Throughout my previous career in the entertainment industry, I worked with a host of people suffering from mental health issues who felt forced to hide their struggle. For a long time, people in positions of power or influence were not allowed to show any perceived ‘weakness.’ Something I have always fought against – the strongest people I know have had struggles in their lives. I want my stories to be authentic and there was little chance Phillips would not have been affected by the events as they unfolded in ‘Deadly Secrets’. So with ‘Deadly Silence’, I wanted to highlight the struggle, so many battle with each day in life; feeling forced to put on a brave face. Fighting just to stay afloat, whilst inside they are desperately in need of help. 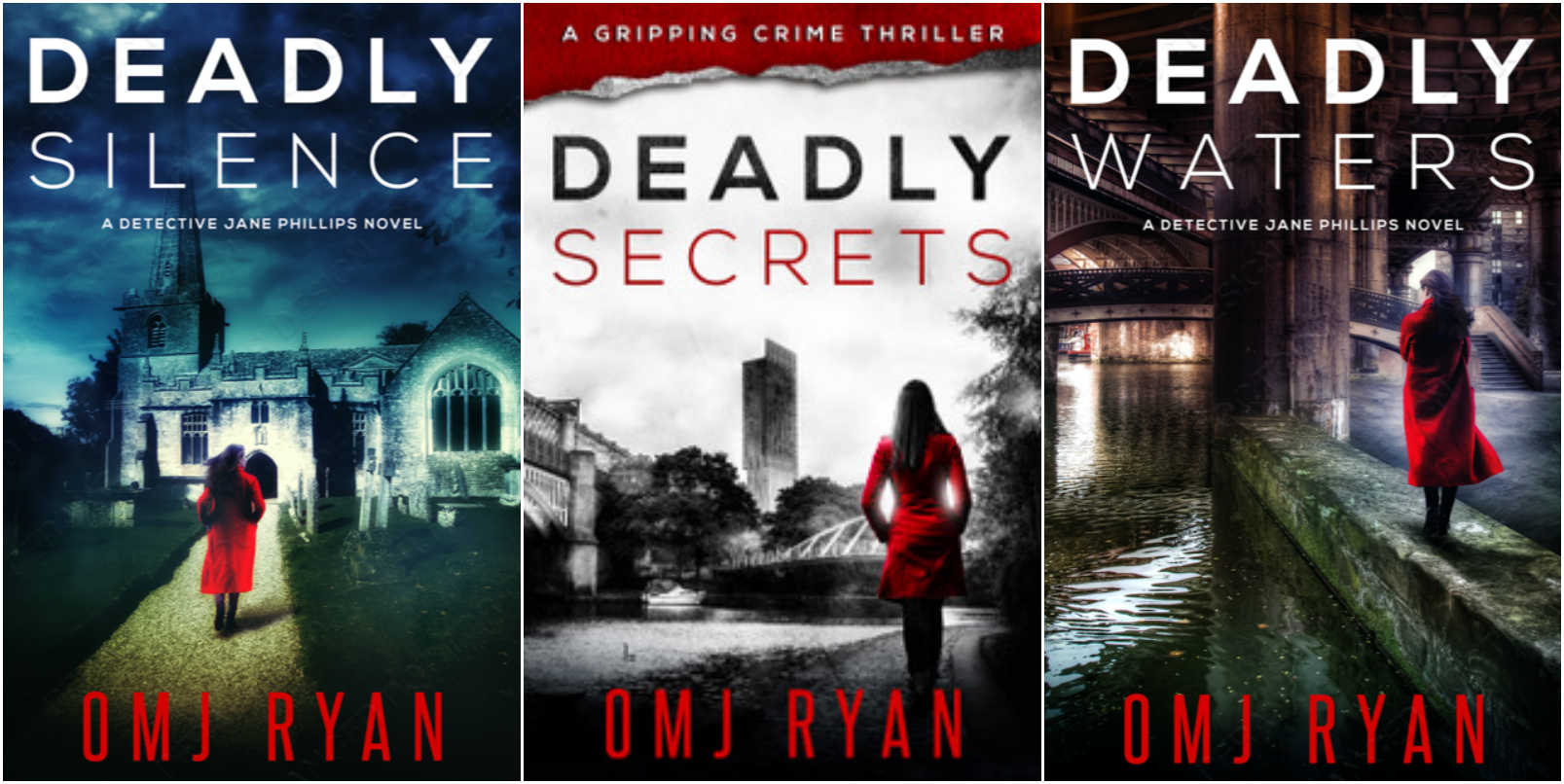 Readers say the book contains a lot of twists. Did you plan them all out before you started writing or did some of them surprise even you?

I spend a lot of time planning my stories as it helps avoid writing myself into a dead-end. So most of the twists and turns were pre-planned, but a few came along as the story unfolded, which I love. That’s the beauty of writing, it’s your story and you can change it at any time. If something doesn’t work, change it. If something appears that excites you – add it in.

Tell us more about DI Jane Phillips. What makes her tick?

She’s a smart cookie who was brought up in Hong Kong when it was still under British rule. Her father worked for the Hong Kong Police and being a cop was all she ever wanted to do when she grew up. When the family moved back to the UK, she aced university and joined the force, quickly rising to DCI and becoming the star detective of Greater Manchester Police’s Major Crimes Unit. She has a brilliant team around her in DS Jones, DC Bovalino and DC Entwistle – and together they will do whatever it takes to ensure justice is served. Sadly, the force is run by political animals, more interested in PR and promotion than catching criminals. This juxtaposition of values leads to clashes with her bosses on a daily basis. I get a lot of feedback from my readers who think she’s brilliant because she says it how it is and can’t stand bull**** . I’ve got to admit, I love that about her too, and she’s great fun to write.

This book was hard to put down. How do you manage to capture the reader's attention throughout?

I’ve always enjoyed authors who keep the tempo high and the action moving, so my writing style has evolved in the same way. The chapters are quite short and I have multiple threads running at once which I think helps keep readers interested. I also like to finish each chapter with a reason to keep reading and that seems to work. A lot of feedback I get is my books are easy to read and people find themselves saying, ‘just one more chapter…’. Music to my ears!

I have an art degree.

I once presented a radio talk-show about sex.

I taught myself to play the drums.

I won an adult comedy-caption-competition in my local paper when I was 12 years old. I got £5 and my name in print for the first time.

Why do you write detective thrillers? What drew you to the genre?

It was an accident really. My first book ‘Deadly Secrets’ involved a celebrity on the run accused of murder. Phillips and the team were part of the supporting cast and I really enjoyed how their characters developed. I was drawn to make them the stars of my next book and so ‘Deadly Silence’ was born and I found my perfect genre.

What has most surprised you about the response you've received from readers of your books?

I grew up in Huddersfield, a northern town in England. When I get 5-star effusive reviews from readers in the States, Germany, Australia, etc. it blows my mind. My words are being read and loved all over the world. That’s such a thrill.

I love writing the dialogue between Phillips and her team. Each of them has very different personalities, yet they totally complement each other. They watch each other's backs, no matter what, and it’s them against the world. They argue, bicker, laugh and cry. In particular, Jones and Bovalino have such a childish sense of humor, I find myself laughing out loud at times at what they get up to. There’s a scene in my next book ‘Deadly Waters’ where they pull a prank and are watching it unfold outside that makes me cackle every time I read it.

Not rushing the ending. You work so hard to get to the final scene it’s a real temptation to rush it so it’s done. I had to really force myself to slow down and ensure the pacing was right. In the end, I think the final chapter took me about a day and a half compared to my usual two to three hours.

So far so good since I became a full-time writer, but I have had it before. I usually get blocks in the planning though. If that happens I ask myself what I need to achieve – then forget about it, and go for a walk. By the time I get home, I usually have a solution.

Do you have any interesting writing habits? What is an average writing day like to you?

If I’m writing all day, I’ll usually aim for two chapters of around 1500 words per day. One before lunch and one after. Sometimes I’ll get three in, but it’s usually if one of the chapters is a short one. I take regular breaks and drink lots of peppermint tea. It helps me to stay focused.

My 2nd book in the Detective Phillips series is out in February. It’s called ‘Deadly Waters’ and focuses on a sequence of drownings in the Manchester canal network. Initially, the deaths seem unrelated, but as more and more bodies float to the surface of the canals, Phillips and the team suspect the growing number of drownings are somehow connected.

I’m also just about to start writing book 3 in the series which I’m hoping to get out in May/June this year.

Email – [email protected] – Readers can join my mailing list by emailing me to receive a free kindle copy of ‘Deadly Secrets’ – and find out where it all began.