Patrick Abbott - An Adventure Into the Stars and the PTSD Mind

Patrick Abbott - An Adventure Into the Stars and the PTSD Mind
Posted on 2nd of December, 2022 by Naomi Bolton 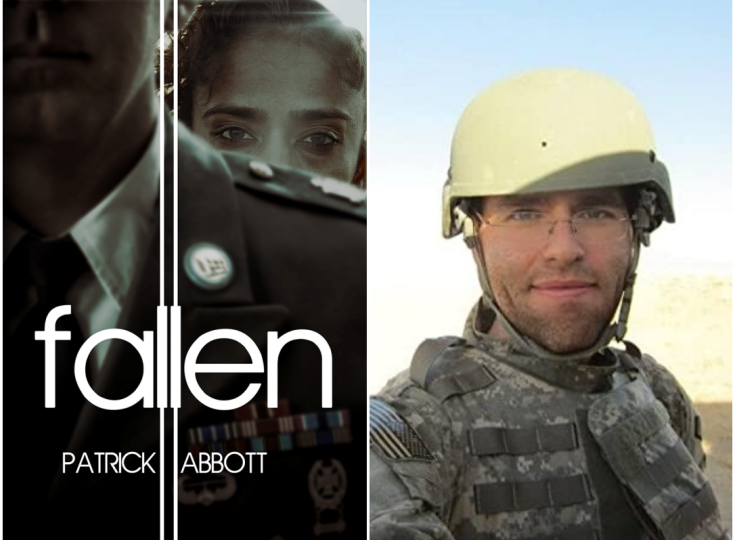 Patrick Abbott is an International Coaching Federation-certified coach. Coaching has given him the opportunity to challenge himself and others while seeking to help people live better lives. Previously, he served in Iraq and Afghanistan. When not writing, he is active in his church, enjoys reading and the outdoors, and watches baseball to relax. As our Author of the Day, he tells us all about his book, Fallen.

Please give us a short introduction to what Fallen is about.

Fallen is a near-future scifi novel. The basic plot involves a military officer assigned as an intelligence liaison to the Sabia, a human-looking alien race that recently arrived on Earth. The Sabia are trading technology in exchange for raw resources such as granite and lumber. However, when pressed about their agenda or background, the Sabia shut down conversations by saying the answers are classified. Meanwhile, many on Earth are torn between being enriched by the trade or fearing the Sabia are up to something evil. This fuels the divide in America and drives conflicts around the globe.

On one level, it is about cross-cultural encounters and competing agendas. However, on a deeper level, the theme is suffering. Brendan's life is adrift in the storms of his traumatic past, closed-off present, and unknown future. The suffering can either consume him, or he can choose to open himself up to others for a chance of healing. But the healing route will force him to struggle against even greater foes. It's a classical sense of suffering: the pain that offers the path to salvation if one is willing.

A combination of things drove me to write this. Part of the reason was the COVID shutdown. I took on a coaching challenge of seeing if I could write down one of the random story ideas that entered my head. Additionally, the fall of Afghanistan was a traumatic long-term event for me. The pain I and others felt was oddly enough creative energy that drove me to express the pain of people who served a doomed mission.

Tell us more about Brendan Murphy. What makes him tick?

Duty, passion for his work, and belief that he can help not only America but also those with whom he is embedded drive Brendan. However, past professional, personal, and family failures have scared him severely. These traumas have created a cognitive dissidence in him that causes an anxiety loop when things do not go according to his plan. At the start of the book, he thinks his arduous work ethic allows him to surpass his mental pain, but in reality, he unintentionally is allowing his PTSD to set up his own downfall.

Brendan suffers from PTSD - why did you write him this way?

Brendan's PTSD gives voice to the tens of thousands of American and allied military who suffer from post-traumatic stress, whether it is a lingering disturbing memory or to the point it interferes with daily life. Many people think PTSD sufferers are entirely dysfunctional. This is simply not true. Most sufferers can put on a brave face and function in everyday interactions. However, because of this heroic fight, many people are unaware of what PTSD actually is and does to sufferers. I wanted to provide readers with a protagonist whose heroic arc not only involves the outside plot but also the internal mental struggle.

For whatever reason, my brain is hardwired for spatial reasoning. So maps, atlases, travel books, and old National Geographics fascinate me. If being able to have an all-night conversation on a place's physical and cultural geography is a skill, then that's mine.

You served in Iraq and Afghanistan yourself. How did this influence your writing?

Fallen would never have been thought of without my deployment experiences. Those times overseas instilled a desire for me to give a voice to all those who fought in extreme circumstances yet now must adjust to a very torn United States while nearly everything we all went to war for has been lost and forgotten by others. The characters are also inspired by real people I encountered.

The cover contains a lot of symbolism in its simplicity. In the front is Brendan in a military uniform, reflecting his past and present roles in the Department of Defense. Overlooking his shoulder is a Sabia woman looking straight at the reader. Her partially hidden face symbolizes the Sabia's cryptic background and their ambiguous agenda.

Your story also includes aliens and conspiracies. What, would you say, makes these topics so fascinating?

Because they are fictional, which allows one to do anything with them. In particular, the Sabia provided a blank slate for me to play with the ideas of culture, religion, and motivations.

For culture, I decided a Persian-like society would provide some parallels to the Dari culture that many American service members encountered in Afghanistan. I also played with some tropes, such as what a female-led alien culture would think about Earth-based male-driven cultures. I always wondered how that would play out daily between friends from both cultures.

Regarding religion, the idea of a space Zoroastrian and ancient Hebrew mix provided some excellent material that forms much of the Sabia's identity.

The conspiracies in the book are not so much "the Jesuits are behind everything!" but more along the lines of unknown motivations. Brendan is embedded with the Sabia but is very much an American agent. He and the government must work together to acquire information about the secretive Sabia without coming across as spies. At the same time, the Sabia have their own goals that they will not freely share.

What was the most challenging aspect of writing this story?

Avoiding "Mary Sue-isms" by having the characters be realistic was the most challenging aspect of writing the story. Thankfully, I frequently consulted the people who inspired the characters, and we would wargame out how they, and the character, would handle the situation. When no one could agree, a pair of dice served as the tie-breaker.

Are you thinking about making this into a series?

Fallen stands on its own, but there will be a second one that finishes the series. The nice thing is that there is enough of a world where side stories could be written about later.

No Zero Days is a philosophy that has changed my life. I would not have been able to finish Fallen without it. No matter what happens, I need to do something with the story every day. Whether it is just adding a word, rewriting a scene, or plotting out a whole chapter, No Zero Days keeps me from abandoning the project. That way, no matter what, I am keeping the idea alive and moving closer to the goal of finishing.

Presently, I am outlining the final book in the Fallen series. The tentative title is Risen. After that, I am exploring a possible short horror story set in the Civil War.

Right now, I am very active on the Twitter account @PatrickKAbbott. I am very open to interacting with any fans and those interested in the world of Fallen.