Books Like Jurassic Park
Posted on 19th of April, 2019 by Naomi Bolton 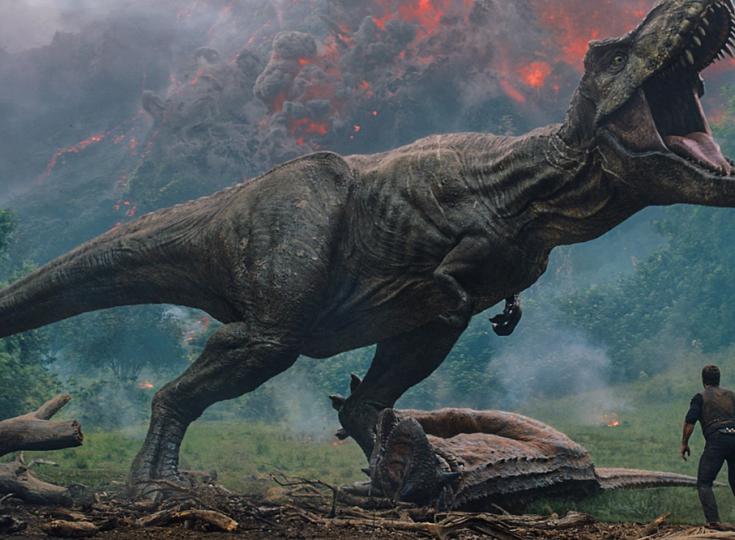 Long before Jurassic Park was a movie franchise that grossed billions of dollars, it was a science fiction novel that was written by Michael Crichton in 1990. His tale about cloned dinosaurs running amok in a theme park became one of his most successful novels. Universal Pictures clearly knew that this would be the case as they bought the rights to the novel even before it was published and the film that was released in 1993 did phenomenal as well. Although the dinosaurs were obviously a big draw, the major theme of Jurassic Park was about what could go wrong if technology was used without caution or regard for the consequences. It is also a tale of man trying to exert control over nature and bring order to chaos. If you are a fan of the novel and have already read the sequels, then here are a few more books that are similar to Jurassic Park. 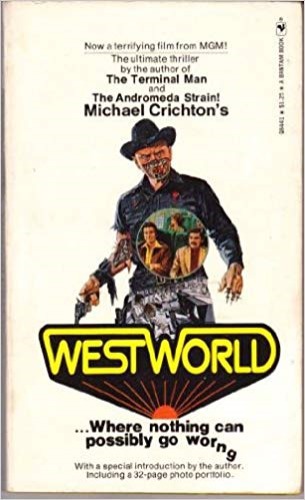 Jurassic Park was not the first time that Michael Crichton wrote a tale of humans getting murdered by the very things that they created for their entertainment. In Westworld, it is androids that begin going on a rampage at a Western-themed amusement park instead of dinosaurs, but the outcome is very similar to Jurassic Park. Westworld actually started out as a film as Chrichton felt that the story would work better that way, but the original screenplay was later released as a mass-market paperback. Since it was written by the same author and shares the same themes, Westworld is the book with the most similarities to Jurassic Park. 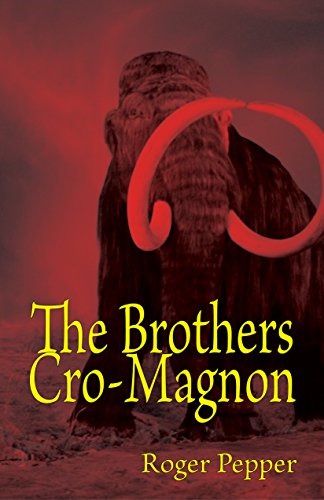 In Jurassic Park, dinosaurs are brought back to life thanks to cloning technology and the DNA that was found in mosquitoes that became fossilized inside amber. In The Brothers Cro-Magnon by Roger Pepper, it is mammoths that make a return after ancient sperm is discovered in Siberia. However, when a New York reporter named Corky travels to Siberia to investigate this phenomenon, she quickly discovers that mammoths might not have been the only things that were brought back. Even worse, Corky begins to get the impression that she might be linked to whatever else was brought from the past.

A Journey to the Center of the Earth 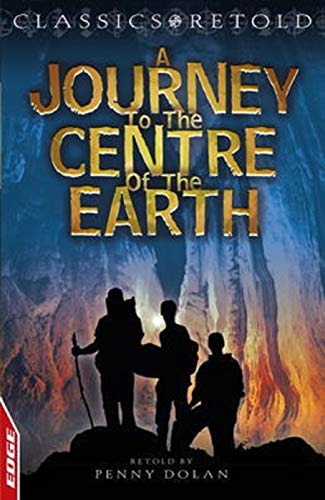 For many readers the best part of Jurassic Park is the prehistoric animals and sense of adventure as the human protagonists find themselves dealing with these creatures for the first time ever. Journey to the Center of the Earth, the 1864 science fiction classic by Jules Verne, explores similar themes. However, in Journey, an expedition makes their way down an Icelandic volcano after discovering cryptic clues about a hidden world far below the ground. After many perilous incidents, the group actually makes it to this hidden world, which they discover is inhabited by all kinds of prehistoric beasts, including dinosaurs. Despite its age, this book has lost none of its charm and still offers a riveting story that should appeal to fans of Jurassic Park in general and dinosaurs in particular.

The Great Zoo of China 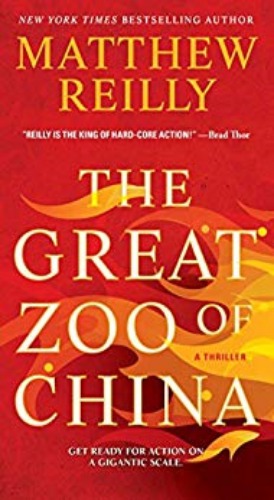 The Great Zoo of China by Matthew Reilly follows a very similar premise to Jurassic Park, but this time it is dragons that are the stars of the attraction. It opens with China revealing that not only are dragons real, but that they will be on display in the greatest zoo that the world has ever seen. Before opening the zoo to the general public, the managers flies in a small selection of important people and journalist to the park in order to demonstrate how wonderful it will be and how safe it is for visitors. However, as fans of Jurassic Park will already know, things will inevitably go wrong and they do, there will be plenty of scaly reptiles with large teeth on the loose to deal with. 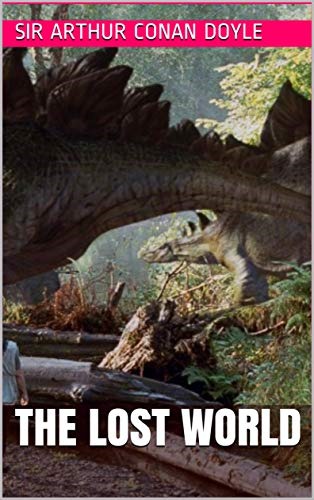 The Lost World by the creator of Sherlock Holmes, Sir Arthur Conan Doyle, is a 1912 novel about dinosaurs and other extinct creatures. In fact, Crichton has stated that he used the same title as this novel for his sequel to Jurassic Park as an homage. Although The Lost World has more in common with the Jurassic Park sequel as they both feature expeditions to isolated locations filled with dinosaurs, the book also features plenty of other exotic encounters. Like A Journey To The Center of the Earth, The Lost World is a classic book that has stood the test of time and definitely influenced a lot of other books in the process, including Jurassic Park. 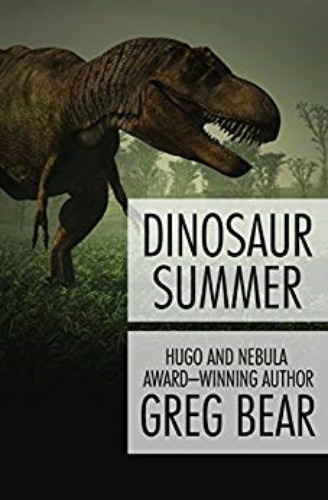 Dinosaur Summer by Greg Bear is a 1998 novel that feature similarities with both Jurassic Park and the Sir Arthur Conan Doyle novel, The Lost World. In fact, in Dinosaur Summer, the story takes place in an alternate time-line where The Lost World is not just a novel, but an account of something that really happened. The outcome of this is that dinosaurs actually ended up in circuses and zoos for the entertainment of people. However, the number of these creatures in captivity continues to dwindle until only one dinosaur circus is left. When it finally shuts down as well, the dinosaur trainer set out on an expedition to return the creatures to the wild, which is a task that is easier said than done. 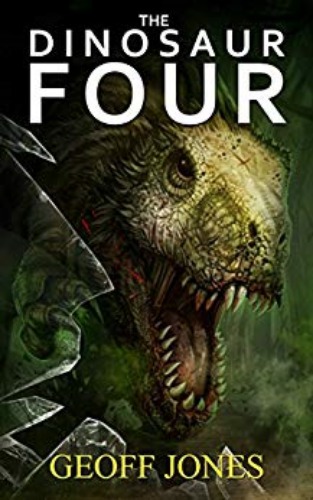 Just like Jurassic Park, The Dinosaur Four by Geoff Jones also features a group of humans that have to try and survive while surrounded by prehistoric dinosaurs. However, instead of humans using technology to bring dinosaurs back from the past, in The Dinosaur Four, it is the humans who find themselves stuck in a different time zone. It happens with a group of ten people just going through their usual morning routine in a coffee shop when it is suddenly catapulted through time with them inside it. They soon discover that they have ended up in the prehistoric era, which means there are plenty of dinosaurs out for blood, including some Jurassic Park favorites such as the T-Rex and Triceratops. 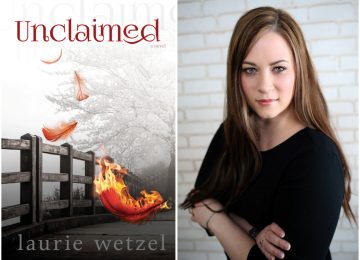 Laurie Wetzel - Writing Down a Fascinating Dream
FEATURED AUTHOR - Growing up, Laurie was addicted to all things paranormal. That sparked some pretty crazy dreams, which is how the Unclaimed Series was born. She lives in Minnesota with her husband and their two sons. She's a two-time thyroid cancer survivor, trains in jiu-jitsu and judo, and loves reading. As our Author of the Day, Laurie tells us all about her book, Unclaimed.