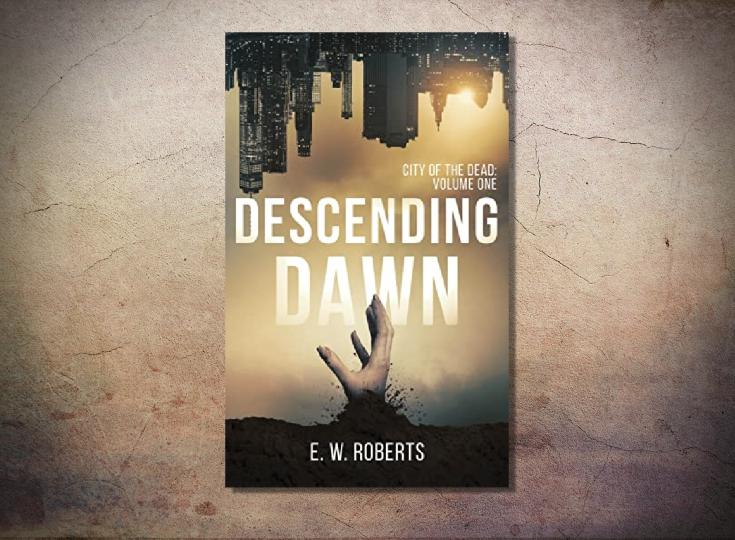 Descending Dawn by EW Roberts is a rip-roaring start to a new series that blends urban fantasy with some police procedural in a recipe calculated to satisfy your appetite for great reading.

The foreshadowing introduction tells us that Iliana Dawn is a “unifying force of destruction” who starts World War Three and brings together humans and the undead. Descending Dawn is the beginning of her tale as it explains how she is transformed into that which she hates most, a vampire.

A title character needs to be strong and well-formed and will almost certainly be flawed. Dawn delivers on all counts. She is an angry police detective assigned against her will to investigate a series of murders involving the undead. Vampires, by the way, have most definitely walked among us for thousands of years—they’ve finally come out of the shadows and become a deadly, reviled, but protected species with whom humanity is uneasily coming to terms with sharing the world.

Sniping, sassy and sarcastic; Dawn is still a likable character. Thrust into a mothering role by the untimely death of her parents in a car accident; despite calling her a demon, Dawn is honest enough to admit that her teenage sister is less trouble than she herself was to her long-suffering mother. An ex-husband is reviled but not introduced to the story. Dawn’s partner in crime-solving, Kershaw, deserves a medal for staying focused on the job instead of throttling his prickly co-worker.

Headstrong and unstoppable, Dawn plunges along, determined to solve the murders by finding the undead responsible and sending them to the Black Sail for vampire-style justice (purportedly far harsher than human punishment). Forced to work not only with Kershaw, who she hates, largely because he can tolerate her nasty moods; she must additionally play nice with Marcus Knight—a vampire with serious political clout (or problems) in the undead world. And Knight’s devoted assistant, the beautiful Ava, who is not human, not vampire, not alive, and not amused by Dawn’s petty antics.

There are entertaining touches throughout the story, such as the option to buy bottled blood from the corner store. Baby blood is the ultimate, expensive indulgence—and gleefully faked by those brave enough to rip off a blood-sucking death dealer.

Roberts cleverly closes out the police procedural arc of the story for a satisfying conclusion to Descending Dawn; while sending the broader arc of Iliana Dawn’s transformation into a unifying force of destruction soaring into a series spanning adventure.

This is a well-written urban fantasy from a confident author who pens a full cast of interesting characters and neatly weaves together the threads of legend, urban myth, and familiar crime stories into an intriguing plot. The worst thing about Descending Dawn is that book two has yet to be released! Once you get a taste for the writing of EW Roberts, I guarantee that you will be hungry for more.