Editorial Review: Enough To Make The Angels Weep by Ernesto Patino
Posted on 10th of July, 2022 by Meg Stivison 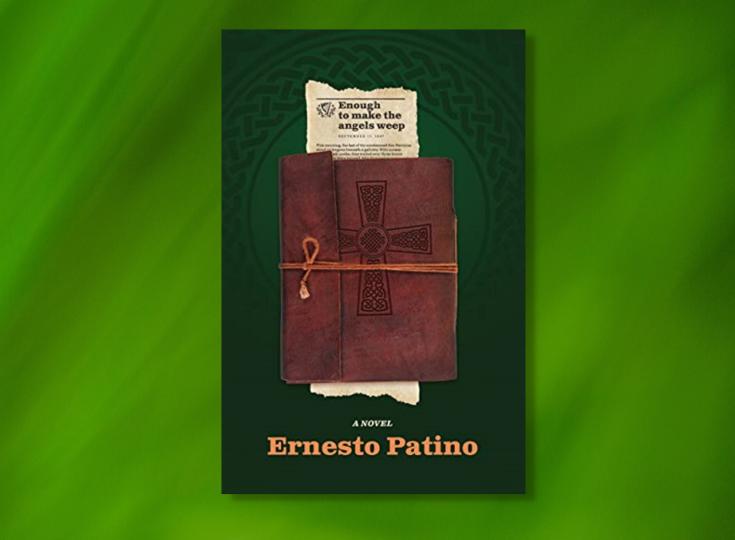 Enough To Make The Angels Weep blends a historical story with modern detective fiction. Freelance investigator Joe Coopersmith accepts a case from Carolyn Delaney, who asks him to look into the unsolved murder of her grandmother.

Carolyn’s grandmother was a quiet and friendly widow, with no enemies and nothing seems to have been stolen, and the local police have been unable to find a suspect or even a motive in her murder.

This mysterious death leads Coopersmith and the reader down a fascinating path. Coopersmith doesn’t have a lot of leads, but with help from friends and his own persistence, he begins to see connections.

This modern-day murder is connected with historical events and figures from the American-Mexican War in 1847, especially St. Patrick’s Battalion and the surprising connections between Ireland and Mexico. The book is fiction, but many Irish soldiers really did fight for Mexico, and some of them really were punished and even put to death for deserting the American military.

These tragic events would be just a chapter in a history book, or an annual commemoration held in Mexico City, but as Coopersmith discovers, the Mexican-Irish descendants of this battalion, the San Patricios, are disappearing. Who could be killing off the families of the San Patricios, and why would anyone want to do that?

As Coopersmith investigates, he teases out the story of the San Patricios and a certain missing diary. Years ago, an Irish soldier, a member of the St Patrick’s Battalion, kept a journal about his reasons for joining the Mexican side, his experiences at the Battle of Churubusco, and what came next for him and his friends. This sounds like a great primary source for historians, but some of what he wrote and experienced must be incendiary because someone is willing to kill to keep it hidden.

Without revealing too much of the mystery, I can at least say that the central question of what the diary contains is a timely story about which stories get to be told and remembered. Readers may wonder why they’ve never heard of Irish units deserting the American army to fight for Mexico. In this novel, it’s not an accidental oversight.

The perpetrator of the cruel and incredibly harsh punishments inflicted on the Irish soldiers hasn’t really been revealed, and won’t be revealed if Coopersmith can’t find the diary and solve the mystery. There’s a thoughtful, modern question about the right to know the truth, at the heart of this fast-paced mystery story.

There’s also a wonderful redemptive theme throughout Enough To Make The Angels Weep. Over and over again, the author shows us a character who’s made mistakes in the past, but has the chance to move past that. For example, a petty crook who sees a much larger crime and decides whether to risk speaking to the cops, or an estranged couple deciding whether they still care enough for each other to try again, after hurting each other before.

Enough To Make The Angels Weep is a fast-paced and surprising investigation that unlocks an intriguing historical account.