Editorial Review: The Maverick by Jennifer Valenti
Posted on 2nd of June, 2022 by Naomi Bolton 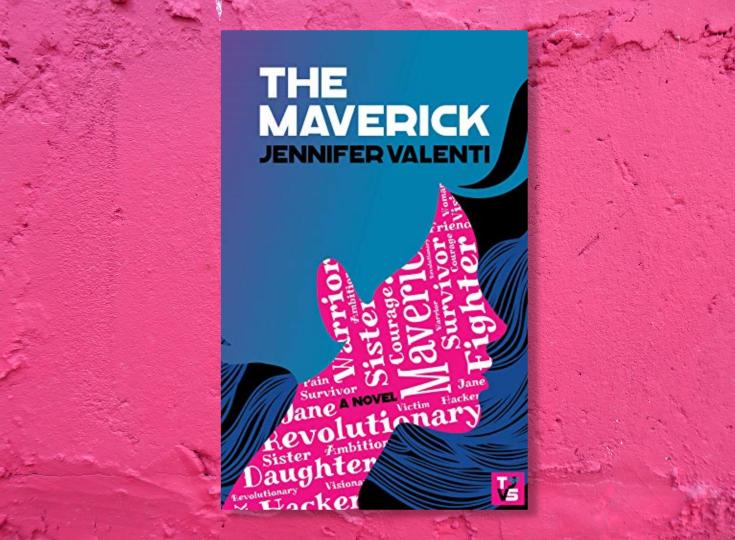 When a sexual assault comes to light, there’s always someone ready to insist that a woman’s account must not be true. Whether she’s too well-adjusted or too messed-up after an assault, there’s always something to “prove” she’s lying. The Maverick, by Jennifer Valenti, takes readers through a fictional account of a survivor considering whether to tell her story, whether she’ll be believed, whether her career will be over, and whether keeping silent will put other women at risk. Although the story and characters are all fictional, the situation is real.

When Jane Valiante lands an interview with Imaigene, a hip Manhattan startup, she’s thrilled. She’s a bit stuck, living at home in Florida and working a boring job, even if she does have amazing friends, and this new job would use her talents and change her life.

The scenes of Jane discovering New York City feel charming and authentic. Jane’s delight in everything from the skyline to the city’s tap water shows how much she loves the city, and shows her exuberant personality, before the assault.

When Jane is assaulted by her boss, the scene itself is not particularly graphic, but the whole story is propelled by this unwanted sexual encounter. Much of the novel deals with the effects of that night, including realistic depictions of Jane’s trauma afterward. So this book would be particularly upsetting to readers with personal trauma or sensitivity around this issue.

There’s a very clear class and financial divide that establishes the power dynamics early on in the novel. If Imaigene’s projects fail, the founders and top management will be just fine. Peter could recover with a company pivot, perhaps, or a round of inspirational TED talks about failing better. If the job doesn't work out for Jane, though, she’ll be moving back home to Florida and she’ll have the black mark of a layoff or firing on her resume, seriously affecting her career prospects. There’s a realistic, relatable power imbalance here that colors Jane’s actions and choices, without falling into cliches.

Jane’s aware that if she keeps silent, she’s letting her rapist get away with it, but she also knows that powerful men are rarely held accountable for these actions. Women who speak out, on the other hand, are often called teases or sluts, and their careers mysteriously stall out once they’re labeled dramatic or crazy. It’s very difficult for Jane to tell anyone, even her friends, about what she’s experienced. But the possibility of getting justice, or at the very least, protecting other young women in her situation, makes it very difficult for Jane to keep quiet, too.

Jane’s long friendship with Carmen remains one of the strongest parts of this novel. The two friends dream about taking on New York together and give each other so much respect and support as both women put in the grueling hours to build their dream careers. They even manage to share a tiny Manhattan apartment, and the close quarters and lack of privacy only bring them closer together. Besides her closeness with Carmen, Jane’s warm friendships with some very different women help to develop her character and to provide a counterpoint to the tragedy that propels the plot.

Overall, this is a timely novel about a brave young woman facing an all-too-familiar situation. Throughout the book, Jane’s relatable friendships keep the serious subject matter from becoming too depressing.