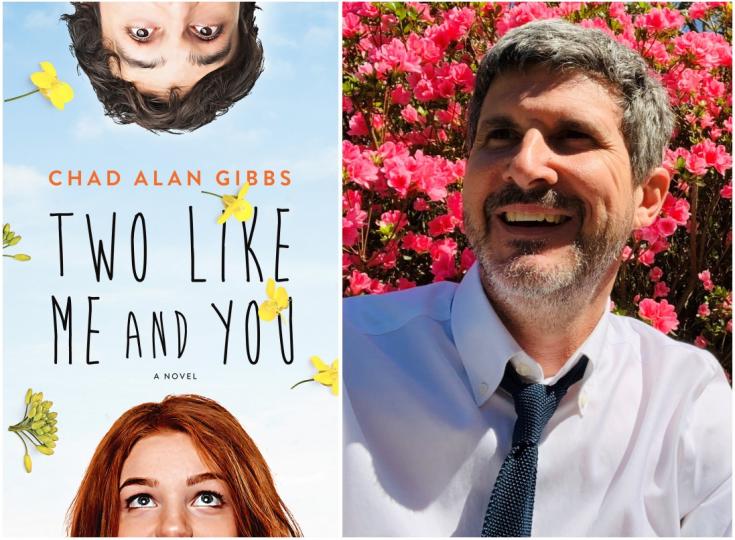 Chad Alan Gibbs is the award-winning author of Two Like Me and You. He lives in Auburn, Alabama with his wife, two sons, and a dog named Bob Vance. His second novel, The Rome of Fall, released on March 15, 2020. As our Author of the Day, Gibbs tells us all about his book, Two Like Me and You.

Please give us a short introduction to what Two Like Me and You is about.

In short, it's about two high school students who help a WWII veteran escape from his nursing home and take him back to France in search of the woman who saved his life during the war. There's also a famous ex-girlfriend, and a lot of '90s hip hop references.

Was there something in particular that inspired this story, that made you want to tackle this?

Edwin Green, the narrator, has a famous ex-girlfriend and his desire to win her back guides most of his decisions in the book. The idea of a famous ex came to me years ago when watching an early season of American Idol, and a contestant mentioned on air she'd just broken up with her boyfriend back home. I couldn't help but feel bad for the guy, since his famous now ex-girlfriend was probably the only thing people at school wanted to talk about.

Why did you decide to throw a WWII veteran into the mix?

Our first son had just been born when I began working on this story, and he didn't sleep much from 1AM to 3AM most nights. So I stayed up with him and binge watched Band of Brothers. I'm guessing that's where the WWII element came from.

The "virtue" of fame in today's world plays an important role in this story, why?

The way the internet has evolved it feels like we're getting closer to Andy Warhol's prediction of everyone being famous for fifteen minutes. Something I mention in the book is that Warhol forgot to mention we'd be famous even if we didn't want to be, and in the book I sort of look at the idea of someone become the focus of the public by accident or when they had no desire to.

My children seem amazed I can hold onto the kitchen counter and kick the ceiling. Anyone over the age of six probably wouldn't be that impressed though.

Hmm, I think I'd like to spend the day with Garland touring Normandy in France.

I have a three hour window from 9-12 to right these days. Next year my youngest will be in full day kindergarten so I should have twice as much time, which in theory means I should be twice as productive. Somehow I doubt this happens.

My second novel, The Rome of Fall, is actually out this week! It's a high school retelling of Shakespeare's Julius Caesar half set in 1994, half set current day.