D.W. Whitlock - Riveting Adventure Thrillers
Posted on 17th of May, 2022 by Naomi Bolton 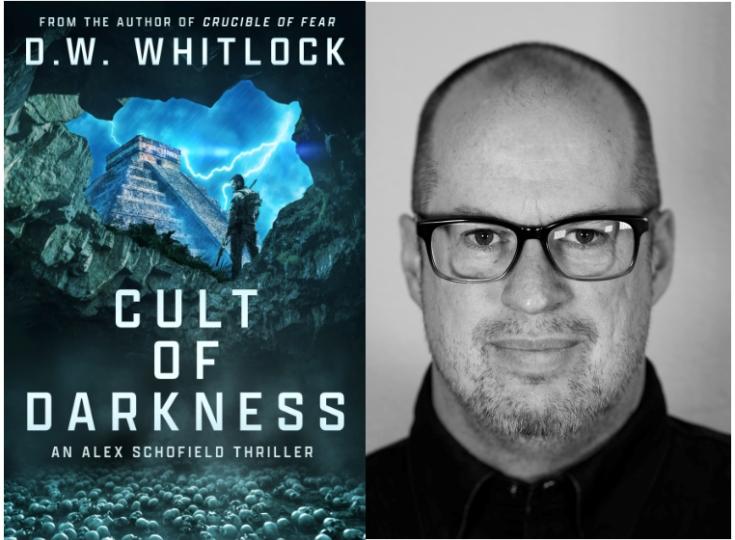 D.W. Whitlock has been a storyteller for most of his life. Starting with short stories scribbled in crayon, animation flip-books, stop-motion and later CG animation for television and video games. While pursuing a career in animation, writing has always been the first step, from short descriptions to detailed backstories. As a life-long reader and book lover, crafting thriller novels felt like the natural evolution of those first forays into writing. When not writing, D.W. enjoys gaming, spending time with his family and Triumph Motorcycles. D.W. lives in California with his wife, son and dog, Nikki. As our Author of the day, he tells us all about his book, Cult of Darkness.

Please give us a short introduction to what Cult of Darkness is about.

A: A seaside paradise. An endless war. Everyone pays in blood. The cartels in Mexico have splintered, triggering violent conflict over control of the illicit drug trade. One has risen to power above all others with its brutal methods: The Riviera. Led by a shadowy figure known only as Kukulkan, this powerful cartel has become the main source of Fentanyl, a synthetic opioid fifty times more potent than heroin. As mutilated bodies appear on the pristine white sands of local beach communities, investors fear for the worst…their time of peaceful prosperity has come to an end. When the only son of a wealthy family goes missing in the heart of Mexico’s Yucatan Peninsula, Alex Schofield is sent in to find him. A highly trained ex-Delta soldier, he’s the best man for the job. There’s only one catch: he has sworn to never kill again. Amid the escalating conflict, a darkness grows among the dense forests and Maya ruins. As the search brings Schofield closer, he must confront his own violent past and decide if bloodshed is once again, the only way.

The notion of cultural appropriation versus appreciation. I felt this was an interesting underpinning theme for a story that intertwines the culture of the ancient Maya and that of modern-day Mexico.

Why did you pick Mexico's Yucatan Peninsula as the backdrop for your story?

The Yucatan area is so rich with history, not to mention beautiful and truly unique in the entire world ecosystem-wise. For most of my life, I've been obsessed with ancient Mesoamerican cultures and I've always wanted to tell a story in that arena while staying true to Maya culture and tradition, without resorting to aliens. There is so much incredible history and mythology already present. No aliens necessary!

Tell us more about Alex Schofield. What makes him tick?

"Badass with a conscience" is how one reader described him to me. I think this captures Schofield pretty well. So many characters in the action genre kill without any remorse whatsoever and I felt this was an interesting inner conflict to explore.

I've worked for over twenty-five years in the animation industry on everything from commercials to video games.

I wanted to capture the genre while hinting at the stronger story elements. I also felt it was important to represent the duality of above versus below, two themes are tightly interwoven throughout ancient Maya culture.

The difference between good and evil are not only the choices we make, but why we make them.

Definitely Schofield. As the protagonist, so much of the story rides on his shoulders as he is the story's rudder. Making sure he is steering right without veering too far can be a challenge!

How do you come up with such brilliant ideas for conflict? The way the plot goes is just never what you expected it to be, you never know what might happen next!

I do most of the story work during the outlining phase and try to stick to this rule: No stupid decisions by main characters to drive plot. They can make misinformed decisions, but not outright stupid ones. This tends to push the story in unexpected ways and forces the characters to come up with clever methods to escape the crucible I've dropped them into.

When I wrote my first book, Crucible of Fear, a few people reached out to me on Twitter or Instagram to tell me how much they enjoyed it. This is so satisfying as an author and made it feel real. Without the reader, the story is nothing, it just sits there. I believe when that loop is closed between author and reader is when the magic truly happens.

Do you ever suffer from writer's block? If so, how do you deal with it?

Not usually. Outlining followed by constant obsessing over the story when not outlining helps with that. The amount of notes I have for each book is staggering. I tend to write my books with an A, B and C story as well so I usually have various threads to bounce between to keep it fresh.

I'm not superstitious or anything so it usually involves nothing more exciting than firing up the laptop. Funny thing is though, my dog, Nikki, loves writing with me. As soon as she hears the keyboard clacking, she comes running and snuggles up to my leg. This book is dedicated to her. Couldn't do it without you girl!

Thank you so much! Folks can interact with me at the places listed below. Feel free to reach out and I look forward to hearing from you! 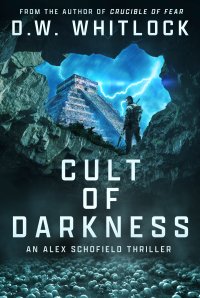 D.W. Whitlock
A seaside paradise. An endless war. Everyone pays in blood. The cartels in Mexico have splintered, triggering violent conflict over control of the drug trade. When the son of a wealthy family goes missing in Mexico’s Yucatan Peninsula, ex- Army Ranger Alex Schofield is sent to find him in a shadowy world defined by violence and death.
Action & Adventure
$0.99
$4.99
Amazon