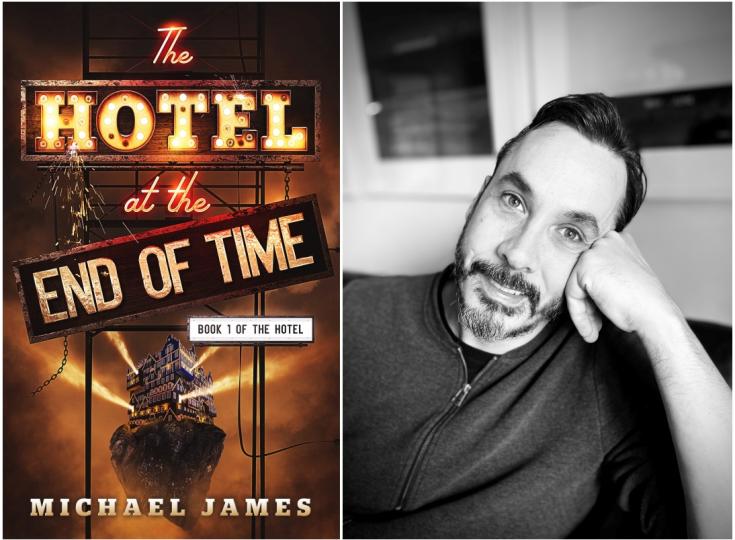 Michael James spent his formative years writing, and when he wasn't writing, he was writing. A mistaken belief that a "real" job would be more satisfying led him down a dark path that did not involve writing but did involve meetings. Fortunately, he has since course-corrected and is back on the right (write? Ha!) path. The Hotel at the End of Time is not his first book, but it is the one with the most Hotels in it. He lives in Canada with his family. When he's not writing, he does Canadian things - saying sorry a lot, being polite, talking about the weather, you know how it goes.  As our Author of the Day, he tells us all about his book, The Hotel at the End of Time.

Please give us a short introduction to what The Hotel at the End of Time is about.

So, to sum up: It's a real book about made-up things and it's not a travel guide. It’s best to think of this as a laugh-out-loud funny Urban Fantasy about the people who escaped from the Hotel that includes some light-to-medium magic and a weird number of explosions. Oh and there's this one joke about Andy Griffeth that I think is pretty great.

The ghost of John Milton who lives in my library and yells at me to write. I'm sorry, I suspect this is a trite answer and that most authors have the ghosts of dead poets screaming at them from within their haunted libraries. I'm not sure why else people would write a story if not for dead authors yelling at them.

Tell us more about Vain. What makes her tick?

Think of Vain as cross between Deadpool and that person on the street corner yelling about magic Hotels trying to ruin everything, only imagine that they're 100% correct and also they speak almost entirely in jokes.

Oh man, so many. I can put my whole fist in my mouth. I have never once found this to be a useful skill, except for that one time where it saved my life.

The book contains a lot of humor and banter. Why do you take this approach?

I try to be serious but then I can't help myself (see, this interview, for example). I don't know, life is already pretty nuts and I like to point at it and laugh.

The first book is a complete story, but if you stop after one, you'll never read about the joke I tell about blimps in book three. Oh, crap, spoiler. There are no blimp jokes in book three. Or.... are there?

What did you have the most fun with when you wrote The Hotel at the End of Time?

I’m always tempted to say the scene where an Australian rodent tries to bite off a man’s testicles, but as it turns out, that specific scene was problematic and costly to research. Do you know how much it cost to make sure that scene is accurate? Tons, that's how much. So, I suppose I’d say the final scene. I had it in my head from the moment I started writing the book and I believe I did the work to build to an incredibly satisfying conclusion.

John Milton will usually yell me awake pretty early. I try to write in the morning before the day starts. Then it’s off to my day-to-day job, which honestly isn’t that interesting – I fight tigers while parachuting out of exploding airplanes. Sometimes there are ninjas. I know what you’re thinking, how is there even a market for that? Well, factually, airplanes sometimes explode and some percentage of them carry tigers and boom, that's where I come in. 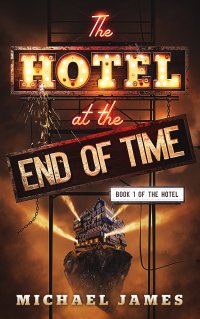 The Hotel at the End of Time

Michael James
Vain didn't check in to the Hotel at the End of Time by choice. She was stolen and turned into a human-powered battery. Escaping was the hardest thing she'd ever done. Until now.
Action & Adventure
$0.00
$3.99
Amazon