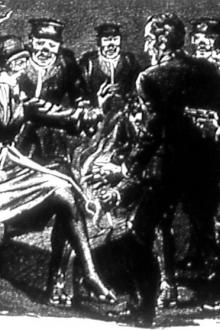 Again Dr. Bird closes with the evil Saranoff—this time near the Aberdeen Proving Ground, in a deadly, mysterious blanket of fog.

is way to the hospital. Captain Murdock was frankly relieved to greet the famous Bureau of Standards scientist and readily gave him the information he desired.

"The first intimation we had of trouble was when Lieutenant Burroughs telephoned from the water impact range where they were doing night firing last night at about four A.M. Two ambulances went down and brought him and his four men back, all of them stricken with what I take to be an extremely rapidly developing form of lobar pneumonia. All of the men who went down were stricken with the same disease, two of them as soon as they got back. So far we have had eight deaths among these men and all of the rest, except Lieutenant Burroughs, are apt to go at any moment.

"The trouble seemed to come from a cloud of some dense heavy gas which rolled in from the marsh. On the advice of Major Martin, every door and window in the post was kept closed until morning. The gas never reached the upper part of the post but it reached the stables. Eleven hor 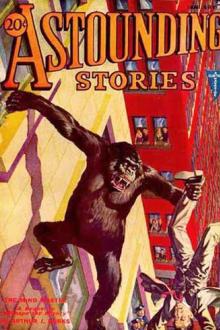 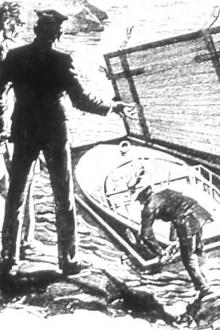 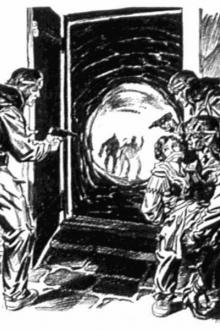 Lisa Carr
3
This is the eleventh story featuring Dr. Bird, Agent Carnes, and the plotting of the communist criminal mastermind Saranoff. A mysterious fog appears one night at the Aberdeen Proving Ground and dozens of Our Boys are killed or injured before the fog dissipates at sunrise. Bird and Carnes are called in to solve the puzzle, and end up having to fight for their lives.

There is actually a good woman character in the story, though it is bewildering why the author chose to call her Thelma. You're supposed to already know Bird and Carnes, so there is not much description or character development of them during the story.
01/07/2014